Renee and the Truck

You may not hear him but God will get his message across. 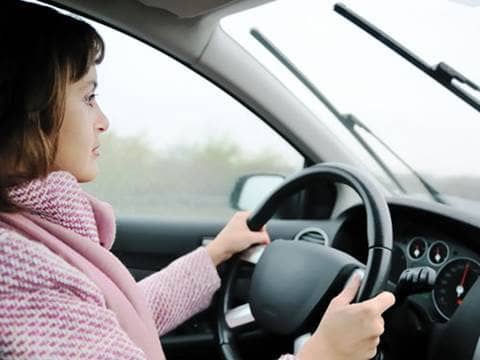 Renee was on her way to meet her best friend for breakfast.

She left in plenty of time and yet it soon became apparent that Renee may very well arrive late. The roads were particularly busy for that time in the morning and she found herself stuck behind a rather large truck lumbering along either unwilling or unable to reach the posted speed limit. Anxious to get to the breakfast on time, Renee did her best to maneuver around the massive vehicle. Try as she might, though, Renee could not pass it. With every attempt to move into another lane, Renee found herself hedged in and stuck behind the truck. She tried to move left and a small compact car blocked her way. She tried to move right and a minivan with a mom and three school-aged children became her nemesis.

The configuration of the cars and truck could not have been more perfectly planned and Renee’s aggravation quickly grew. Since she could not see in front of the large truck, her thwarted efforts began to frustrate her all the more. What is going on? she kept wondering to herself, and why won’t any of these people pick up speed?

Her human nature wanted answers and, more importantly, wanted to get control of the situation.

The gift of faith allowed Renee to get behind God and completely trust in the road ahead.

The revelation that morning also allowed her to relax and settle in behind the truck and enjoy the rest of the ride to the breakfast with her best friend—which she did arrive at on time!

Cheryl Dickow is the president of Bezalel Books and is the author of Elizabeth: A Holy Land Pilgrimage and Our Jewish Roots. Cheryl lives in the beautiful state of Michigan with her husband of 27 years and her three grown sons. Her works appears on a number of faith-based sites and has been published in a variety of magazines and papers.