Why Did Mary Not Recognize Jesus After His Resurrection?

She didn’t recognize the resurrected Jesus until He said her name.

Many of Jesus’ followers didn’t recognize Him after His resurrection, including Mary Magdalene. The Gospels reference three instances. One of those accounts is referenced in John 20, where Mary sees Jesus following His resurrection in the garden. John 20:15 says, “Jesus said to her, ‘Woman, why are you weeping? Whom are you seeking?’ Supposing him to the be the gardener, she said to him, ‘Sir, if you have carried Him away, tell me where you have laid him, and I will take Him away.” Jesus said to her, ‘Mary.’ She turned toward Him and cried out in Aramaic, ‘Rabboni!’ (which means teacher).” This account is also referenced in Mark 16, Luke 24 and Matthew 28.

Another account is Luke 24:13-25. This passage references two disciples walking from Jerusalem to Emmaus on the same day of the resurrection. We know scripture did not mention their names, and they were also not part of the eleven. Luke 24:15-16 says, “While they were talking and discussing together, Jesus himself drew near and went with them. But their eyes were kept from recognizing him.” In this instance, it appears that God stopped them from recognizing Jesus as they walked beside Him on the road and explained the scriptures. It wasn’t until later that “their eyes were opened, and they recognized Him” (Luke 24:31).

The third instance is in John 21, which talks about seven disciples who were fishing all night and caught nothing; when it was daybreak and still on the water, Jesus spoke to them from the shore about their fishing trip. Jesus told them to cast their net on the right side of the boat, and 153 fish were caught. John was the first to recognize the man as Jesus. Once they recognized him, Peter immediately jumped into the water to get to Jesus. This is an instance where Jesus may have been too far away to recognize in the beginning, but scripture isn’t entirely clear on this.

Why were Mary and other disciples unable to recognize Jesus after His resurrection? While we aren’t told directly why the disciples couldn’t recognize the resurrected Jesus, we can make certain inferences.

In Mary’s encounter with Jesus in the garden, there are a few possible explanations for why she didn’t recognize Him. One is that the women came to the tomb when it was super early in the morning. There wasn’t even light outside, so they were viewing Jesus in the darkness. Another explanation is that the women were not looking for a resurrected man. They were expecting a dead man. They couldn’t fathom that the man that was standing behind them could really be Jesus, even if this is what Jesus had been trying to tell them through His entire ministry. Then there is the idea that Mary thought she was talking gardener. This isn’t a surprising thought, given she was in a garden.

Two of the accounts can be explained in logical terms. It is possible that Mary’s ability to see the Risen Lord was blurred by her sorrow and tears. Think about the emotional state she was in following the resurrection. She was shaken up. It’s hard to imagine the pain and devastation of losing your teacher and close friend. Mary had an extremely close relationship with Jesus, walking with Him, even through the trenches. Mary accompanied Jesus during His ministry in Galilee before seeing His crucifixion, burial and resurrection. She was someone who supported Jesus spiritually. Mary is the perfect example that God accepts everyone, and the gospel is for everyone, regardless of your reputation and background. While this makes sense for Mary’s encounter, it doesn’t explain what happened during the Emmaus Road encounter.

In this account, the two disciples didn’t know Jesus because they were prevented from recognizing Him. While we can read this account and wonder why Jesus needed to hold back his true identity from His followers, the Bible doesn’t give us an answer to this one. Many of us think that if we were in the disciples’ shoes, we’d be able to recognize Jesus. We can’t speculate we would, and as believers, we are called not to speculate beyond what scripture reveals to us. The Bible doesn’t tell us why their eyes were kept from seeing Jesus at first, and we must be careful coming up with our own reasons without biblical support.

When it comes to the resurrection, many people think Jesus’ story ends there. However, this is just the beginning. Jesus’ work does not end with the resurrection. There is still a great deal of work to be done. Before Jesus was raised, Jesus gave His final instructions. The Gospel of John does not end with profound instructions but with Jesus reminding Peter to “follow me” (John 21:19,22). We can also apply this today. One of Jesus’ greatest and most essential instructions was to follow Him. He also calls us to wait for the Holy Spirit’s power and to make disciples, baptize and teach them.

These encounters reveal that Jesus will show Himself to us in different ways. There isn’t anything we can know about God other than what He chooses to reveal to us. The only way we can grow in our knowledge of Jesus is by following what scripture tells us. Often, we look at the disciples and think that they would completely understand the resurrection since they were such devoted followers. Yet, they didn’t understand everything, including what Jesus would look like after the resurrection, where Jesus was headed and what their ultimate call would be. Knowing the disciples didn’t have all the answers gives us some comfort in knowing that we may not have all the answers either.

The wonderful thing about God is that he uses our trials, grief and circumstances to draw us closer to Him. When what we believe about Jesus is confronted with the reality of the Risen Jesus, it is the Bible that takes center stage. It serves as the framework for us to see who Jesus truly is. 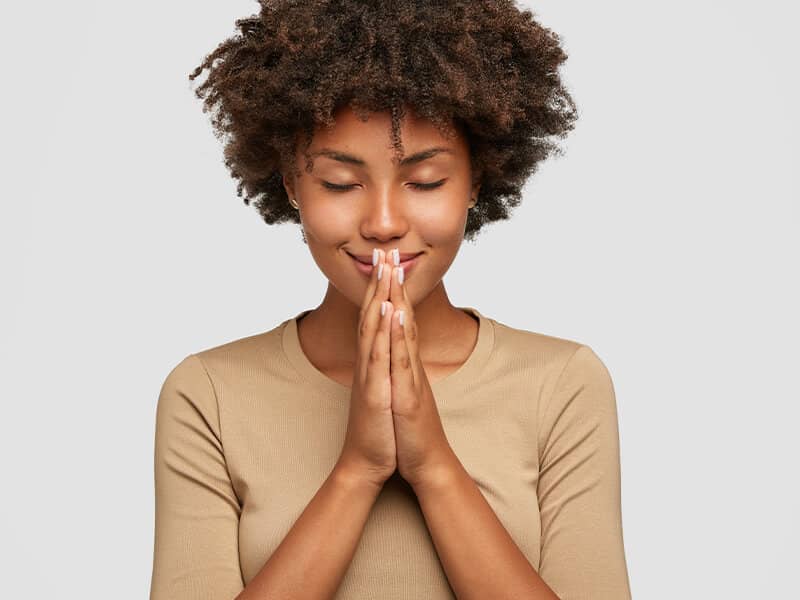 7 Daily Prayers For Women That Will Transform Your Prayer Life