What Does the Bible Say About Swearing?

Are those four-letter words dooming you?

If you were to ask a Christian to make a list of the things they should never do, that list would almost certainly include swearing. To some Christians, cursing is a sin. For others, it is not a sin per-say, but it is not something that any good Christian would take part in. It is certainly not something that anyone would expect to hear someone saying during church or to find in the Bible. The question, however, is whether swearing is considered sinful or simply distasteful. What does the Bible have to say about cursing?

The Bible states repeatedly that people need to be careful with their words and take care with what they say. In Matthew 5, Jesus states that people need to speak kindly to one another and should be reconciled with each other before making offerings to God. Similarly, in chapter four of the Letter to the Ephesians, Paul warns the members of the church against cruel words. “Do not let any unwholesome talk come out of your mouths, but only what is helpful for building others up according to their needs, that it may benefit those who listen.”

Verses such as Ephesians 4:29 and Matthew 5:22-24 make it clear that Christians are expected to conduct themselves with kindness and compassion. Cursing your neighbors, obviously, is not conduct that could be considered kind or compassionate. Is that, however, enough to claim that all swearing is forbidden or that letting a four-letter word slip is serious sin?

The Bible is filled with things that most people would never consider as belonging in a book that is regularly read aloud at church services. The Good Book, however, is not as church appropriate as most Christians would determine it to be. Scripture is filled with tales of battle, betrayal, adultery, potty humor, sex and yes, swearing. Both the Old and New Testament are littered with sections that Christians would be shocked to hear read in church. In fact, the Song of Solomon used to be banned as it is, essentially, ancient erotica.

There are numerous examples of curses being laid on various enemies in the Bible, not the least of which is the infamous curse in Psalm 109 that calls for nothing short of death to fall on a person and their entire family. Those sorts of curses, however, are not what most people today think of when they say someone is “cursing.” Cursing today largely refers to people using short words or phrases that are seen as being vulgar. These, of course, do not seem to be in the Bible. The truth, however, is a bit more complicated.

It is true that Bibles today do not use any of the infamous four letter words every mother is dreading her child learning. The reason for that, however, has nothing to do with God taking serious issue with the f-bomb. The Bible does not use modern swear words for two reasons. First, the swear words we use today did not exist in ancient Hebrew or Aramaic. Second, translators deliberately censored the ancient swear words that the Bible did use.

Vicious single-word insults and profane exclamations of surprise or anger are as old as human speech. One could actually argue that swearing, in some ways, predates speech. After all, most animals have a specific alarm call, and swear words could be argued to be a human extension of that. Curse words are certainly some of the most common last words among victims of accidents such as plane crashes.

Given the long history of cursing, it should not be a surprise that the people written about in the Bible swore. Saul uses the ancient equivalent of an English phrase that starts with “son of” and rhymes with “witch” in 1 Samuel 20, and even Jesus Himself vents some frustration with a particularly nasty insult. Throughout the New Testament, Christ used some pretty creative insults, but when He is talking about Herod, Jesus favors the short, sweet and severe. In Luke 13, Jesus calls King Herod a “fox.” Today, this does not seem like a terribly serious insult. After all, calling a person a “snake” today is mean, but nothing horrific. To the ancient Israelites, however, foxes were sly, cruel, cunning and, most importantly, unclean. In a single word, Jesus insulted Herod’s mind, body, morals and soul. That is an impressive swear word.

The Bible shows that kings swore, prophets swore and even the Messiah Himself occasionally cursed. And then there was Paul. For all that Paul’s letters were instrumental in the formation of the Christian faith and contain some of the most beautiful descriptions of Christ’s love in the Bible, they are not always very friendly. Paul’s letters were largely written to rebuke Christians who were slipping in their faith, and he occasionally loses his temper and lets some particularly nasty insults fly. Philippians 3:8 is normally translated as using words such as “garbage” or “dung,” but the original writings use much, much stronger language. 1 Corinthians 4:13 involves a similar whitewashing of Paul’s fierce language. Neither of those letters, however, hold a candle toward Paul’s language in Galatians.

In the Letter to the Galatians, Paul is very clearly at the end of his rope. His first words after the obligatory greeting are “I am astonished that you are so quickly deserting the one who called you to lie in the grace of Christ and are turning to a different gospel–which is really no gospel at all.” Things only go downhill from there. Paul has no compunctions about telling the Galatians what he really thinks of their behavior, and he uses not just the strongest language in the Bible, but some of the harshest language in existence to do it. Paul states in Galatians that anyone, human or angel, who preaches “a gospel other than the one we preached to you, let them be ‘ana’thema’!” That Greek word, “ana’tehma” is normally translated as “cursed,” “condemned” or some version of “thrown into Hell. ” All of those, however, are kind, gentle translations of the original Greek. “Ana’thema” was considered during Paul’s time to be the strongest, harshest word in the entire Greek language. It referred to a person who was not just doomed to eternal destruction, they were someone who deserved all that and more. In short, it was such a nasty word that English does not even have a true equivalent. The literal translation of “damned” might come the closest, but the word has lost its power and implications over the centuries.

From beginning to end, the Bible is filled with fierce language and sharp statements. The characters within its pages were human. They spoke and swore as humans do, and the Bible does not shy away from that fact. The only curse the Bible tells people not to level is that of God’s name, and modern Christians do not even have to worry about that one as much. After all, God’s name has been lost to time, and it is very hard to use a word you not even know as a curse.
Stephanie Hertzenberg is a writer and editor at Beliefnet. She is a graduate of the College of William and Mary where she majored in Religious Studies and minored in Creative Writing. She maintains an avid interest in health, history and science. 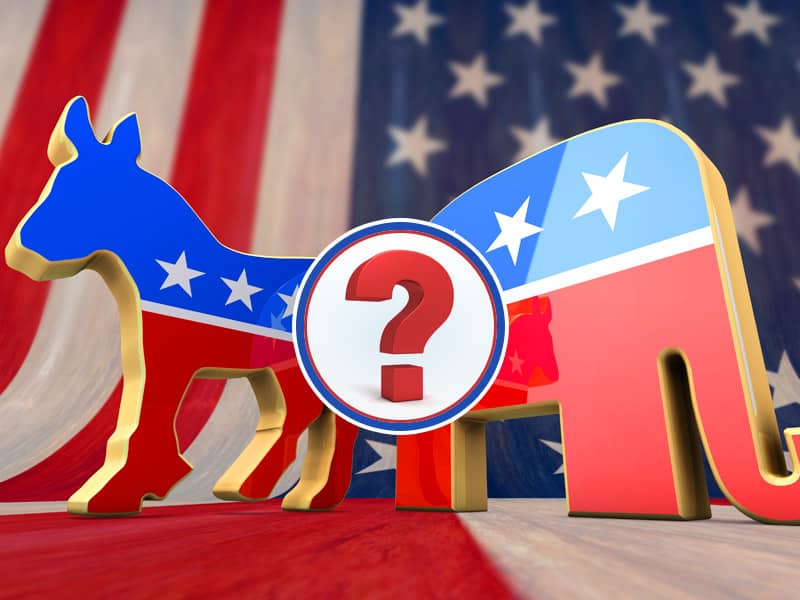