What Does the Bible Say About Racism?

God makes it clear that no man is superior to another.

Racism: prejudice, discrimination, or antagonism directed against someone of a different race based on the belief that one’s own race is superior.

The civil rights movement happened over 50 years ago, yet we still have a lack of understanding about how to treat each other with respect. Racism isn’t a problem we can ignore as it’s a very pertinent issue in today’s society.

As Christians, we should seek to understand how God wants us to react to racism. The Bible is the source of knowledge for Christians, and it directly addresses the problem. Racism has been an issue throughout history, including when the Bible was written.

Stories of Racism in the Bible

The problem of racism can be found in Bible stories. God chose to work with the nation of Israel, however made it a point to tell them that they were not superior to anyone else because of this. Leviticus 19:34 states “the stranger who dwells among you shall be to you as one born among you, and you shall love him as yourself; for you were strangers in the land of Egypt: I am the Lord your God.”

Despite this, some felt that Israel and its descendants were racially superior to those around them because they descended from Abraham. They believed that their salvation was completely secure because of their lineage. John the Baptist told them “Do not think to say to yourselves, ‘We have Abraham as our father.’ For I say to you that God is able to raise up children to Abraham from these stones” (Matthew 3:9).

God told Peter what had always been true; that “God is no respecter of persons” (Acts 10:34). The gentiles were just as much of God’s plan as those in Israel and no group was superior to the other. Peter spoke to them and stated “But in every nation whoever fears Him and works righteousness is accepted by Him” (Acts 10:35).

Nationality, lineage and race never determined where the Israelites or gentiles stood with God. People like Ruth, Rehab, and Luke were all gentiles who came to God. In contrast, God’s chosen people of Israel suffered defeat and near-annihilation because they consistently disobeyed God’s Word. It is clear that God does not support the authority of any ethnic group above another.

Racism is a Sin Against God

Most people know that racism is wrong. But as Christians, we should seek to understand why it’s morally wrong in the eyes of God as well. Through more education, we can better explain to others why racism shouldn't be tolerated and how to overcome the distorted thinking.

Most Christians know that Genesis 1:27 says that we were all made in the image of God. No matter what color you are, you are no more worthy or deserving of dignity than any other human because we all were made from God. In addition, all believers of Christ are one with Christ (Galatians 3:28). Our most important identity is not our gender, socioeconomic status or race; it’s that we are Christian. We continue to be more alike than we are different because we are all cut from the same cloth. We are brothers and sisters in Christ.

Christ came down to earth to break down the walls between people, not to build them up (Ephesians 2:14). We have all been made in the image of Christ and were born into the same dark world. How can we not all draw near to each other as members of this same family? Furthermore, in Genesis 11 we read about the rebellion at the Tower of Babel. God judged this rebellion, and separated the family. God considered separating them as a curse, and therefore we should not strive for it. Being partial to a group of people over another in itself is a sin according to James 2.1. When we treat people differently and build up space to create an “us” vs. “them” mentality, we are not reflecting God.

Spreading the love of God is one of the best arguments against racism. Matthew 22:39-40 says that real love loves as we hoped to be loved. No one can honestly say that racism treats our neighbors as how we would like to be treated. You cannot share love and find the best in people when your life is filled with prejudice, ignorance and misguided convictions. But true love rejoices in finding what is best in others (1 Corinthians 13:4-7).

The good news is that despite what racial tendencies you may have had in the past, they can be forgiven if you choose to accept God into your heart truthfully and ask for His forgiveness. The Gospel tells us that we aren’t just brought near to God, we are also brought near to those we once considered so different from ourselves (Ephesians 2:13).

God can bring peace where there was once violence and kindness where there was once anger. He does this within our hearts when we accept Him, and do so again with others. Since we belong to Jesus, we are a part of His movement to bring more reconciliation between people and God (2 Corinthians 5:18-20). As His representatives, we have the opportunity to share how the life-changing message of the Gospel creates a healthy relationship with God and healthy relationships between people, no matter who they are. 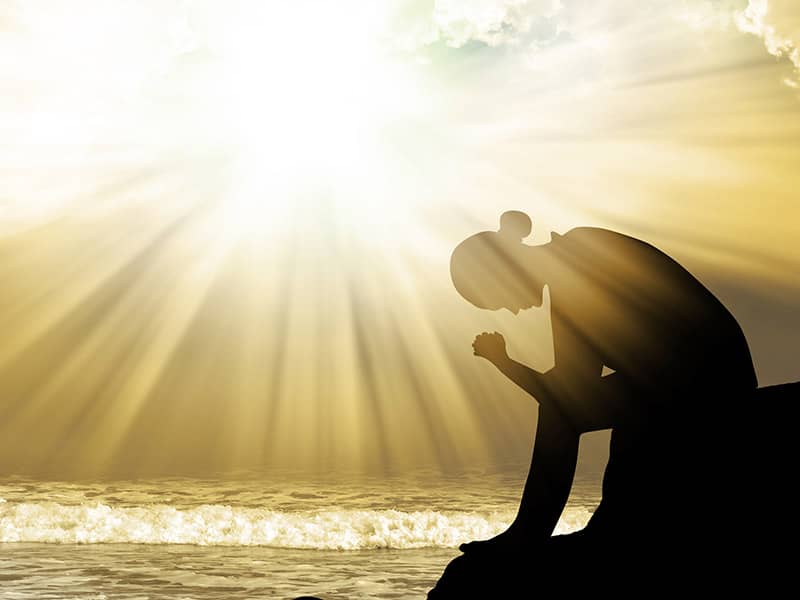 How to Pray Without Ceasing: Embracing Thessalonians 5:16-18