What Does the Bible Really Say About Original Sin?

Are we born with a built-in urge to do bad things and disobey God?

What is original sin? Many believe the story of the origin of humankind is all about original sin. But when you take a closer look at the story of Adam and Eve and the Fall, you see that original sin isn’t the true message of the story or our conclusion as Christians. Let’s explore this further.

Original sin is the doctrine which holds that human nature has been morally and ethically corrupted due to the disobedience of mankind’s first parents to the revealed will of God. In Scripture, the first human transgression of God’s command is described as the sin of Adam and Eve in the Garden of Eden resulting in the Fall of mankind. The doctrine of original sin holds that every person born into the world is corrupted by the Fall and people are powerless to restore themselves unless rescued by God.

While some argue there is little evidence to substantiate the doctrine of original sin in the Bible, others believe that it is taught in many passages of Scripture. Those who don’t believe there is much biblical evidence point to the creation story in Genesis 2-3 that includes an account of a human Fall in the Garden of Eden. Here, it doesn’t say anything about original sin. It does speak of a curse and of consequences for having eaten of the forbidden fruit but those consequences aren’t made entirely clear. Then there’s Paul’s letter to the Romans. Paul famously makes a comparison between Adam and Christ. From Adam comes death and the moral consequences of sin. From Christ comes the healing of human nature – with Christ acting as a second Adam, a new head of the human race that makes the right choice, which has positive effects for those who are united to Him. However, Paul doesn’t particularly specify what original sin is. He also doesn’t seem to say that we are guilty of sin because we are Adam’s heirs. While Paul does speak on the transmission of sin, there is nothing specifically stated here.

On the other side, there are those who look at the fact that Scripture says we are born sinners and that we are by nature sinners as biblical evidence for original sin. Although the words “original sin” aren’t found together in Scripture, the doctrine is taught in many passages: “Therefore, just as sin came into the world through one man, and death through sin, and so death spread to all men because all sinned” (Romans 5:12); “one trespass led to condemnation for all men” (Romans 5:18); and “In Adam all die” (1 Corinthians 15:22). Knowing this, it is no wonder that David wrote in Psalm 51:5, “Behold, I was brought forth in iniquity, and in sin did my mother conceive me.” Ephesians is another book of the Bible that people connect with original sin. Ephesians 2:2 says that all people who are not in Christ are “sons of disobedience.” Ephesians 2:3 also establishes this, saying that we are all “by nature children of wrath.” If this is the case, it can only be because we are all by nature sinners. While God did not create the human race sinful, but upright, we fell into sin and became sinful due to the disobedience of Adam.

The doctrine of original sin has gotten in the way for many of us. Rather than turning back or getting directions or even deciding that we’d traveled far enough, we just kept going. Original sin took us down the wrong path. It took us to a version of the Gospel where sin is the headline and separation is the norm. Because of this, we are in a desperate need of a turnaround.

God calls us good and beloved before anything else. Sin is not at the heart of our nature; blessing is. And that didn’t stop being true because Adam and Eve ate fruit in the Garden. In fact, it never stopped being true. We are steadfastly held in relationship with God. It’s important that we remember this. God calls us good and beloved before we are anything else. When we focus on original sin as the foundation of separation between humanity and God, it begins to exist within our own nature. When we look at sin in this way, a bridge doesn’t even seem sufficient. We might be able to walk across the bridge and stand next to God, but the sin nature that supposedly separates us from God is coming right along with us. If our human nature separates us from God, we need more than a bridge.

When we claim a sin nature, we abandon the opportunity for blessing and claim separation. We surrender walking with our Shepherd. But Jesus doesn’t want us to walk across Him. He wants us to walk with Him. Too often, we get the doctrine wrong. As Christians, it’s time for us to put sin back in its rightful place: in a broader contest of redemption and the blessing of humanity’s creation in the image of God. 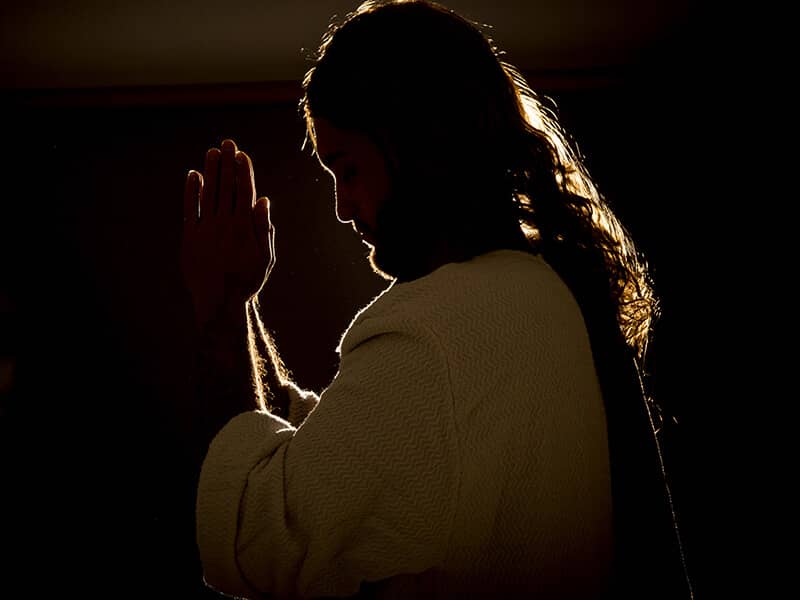