The Problem of Psalm 82

Do other gods exist?

Before Me there was no God formed,

And there will be none after Me.

The words of God to the Prophet Isaiah are unequivocal. Throughout the Bible, God declares Himself the one and only God of all creation. But the fact that scripture mentions other gods would seem to contradict His words. There is, in fact, a vast amount of scriptural evidence that there are many such “gods”.

The confrontation between Moses and the Egyptian sorcerers is, perhaps, the most visible example. Exodus 7:10-12 reads, “So Moses and Aaron went to Pharaoh and did just as the LORD commanded. Aaron threw his staff down in front of Pharaoh and his officials, and it became a snake. Pharaoh then summoned wise men and sorcerers, and the Egyptian magicians also did the same things by their secret arts. Each one threw down his staff and it became a snake. But Aaron's staff swallowed up their staffs.”

The question is this: how did the Egyptian sorcerers perform real magic?

The Egyptians drew on a source of power that was not of God.

Later, in Exodus 12:12, God declares that he will execute judgments “on all the gods of Egypt”. This is reinforced when the author of Numbers declares that “The Lord had brought judgments on their gods” in Numbers 33:4, heavily implying that Egypt had its own gods, and that God defeated them.

The Psalms, especially, are full of evidence of other supernatural beings, while, at the same time, they assert the dominance of God. The writer of Psalms 86:8 declares that “There is none like you among the gods, O Lord,” and 96:4 goes on to say, “For great is the Lord, and greatly to be praised; he is to be revered above all gods.” And the list goes on and on.

When the Lord gifts his people with the Ten Commandments, the very first law etched into the stone was “You shall have no other gods before me,” again implying the existence of other supernatural entities. It did not simply forbid the worship of false idols. It forbade the worship of other gods.

Another Biblical incident, perhaps of even greater import than that of Moses’s battle with the Egyptians, is Daniel’s encounter with an angel in Daniel 10:12. The angel speaks to Daniel, telling him that “the prince of the Persian kingdom resisted me twenty-one days. Then Michael, one of the chief princes, came to help me, because I was detained there with the king of Persia.”

An angel of God was detained for nearly a month. What could do this? This “king of Persia” is obviously not a man. What is he? And why does this being have dominion over Persia?

We find the answer in Psalm 82, which explains the nature of these other gods.

“God stands in the congregation of the mighty; He judges among the gods. How long will you judge unjustly, and show partiality to the wicked? Defend the poor and fatherless; Do justice to the afflicted and needy. Deliver the poor and needy; free them from the hand of the wicked. They do not know, nor do they understand; they walk about in darkness; all the foundations of the earth are unstable. I said, ‘You are gods, and all of you are children of the Most High. But you shall die like men, and fall like one of the princes.’”

If the “gods” mentioned here in Psalm 82:1-7 were human rulers, verse 7 would have no place—there would be no need to tell a human man that he is doomed to “die like men”.

This presents a problem. Who, exactly, is God speaking to?

We can infer that the supernatural beings God addresses in Psalm 82 were appointed to rule over nations, and that they had somehow failed in their task. They “showed partiality to the wicked,” among other transgressions. They failed to rule with God’s perfect justice.

To unlock the secrets of Psalm 82, we have only to look back at Daniel 10. In verse 20, the angel, speaking to Daniel, says “Do you know why I have come to you? Soon I will return to fight against the prince of Persia, and when I go, the prince of Greece will come; but first I will tell you what is written in the Book of Truth. No one supports me against them except Michael, your prince.”

In Psalm 82, God is speaking to fallen angels. They are the “gods”. And in this, we see that the apparent contradiction between the Bible's claims of monotheism and its apparent evidence of other gods is no contradiction at all. Angels are a part of God's creation, infinitely inferior to Him. There is still only one God with a capital "G".

These “gods” are the “principalities and powers” that Paul speaks of in Ephesians 6:12, the “powers of this dark world and against the forces of evil in the heavenly realms”.

These fallen angels, in Psalm 82, are condemned to the death that is prophesied in Revelation 20:10, when Satan and all his angels will be cast into the lake of fire.

But why is this information important? Why is the issue of other gods, and the revelation that they are fallen angels, pertinent to the average person?

Because throughout history, myriad cultures and people groups have reported encounters with the divine—with beings which are not God. These beings have many names—Odin, Zeus, Ra, Ashur, Baal, and the Horned God, just to name a few.

It is possible that these gods, which pervaded the myths of nations and kingdoms, were fallen angels seeking to be worshiped by man. Was Dionysus once a heavenly being? Did Osiris once walk the halls of heaven? Has Loki seen the face of God?

This illustrates the deceptive nature of these beings. The biblical authors believed that the ancient pagan religions were driven by beings hostile to God, and that these supernatural entities worked against God’s plans, bringing about suffering to those whom they deceived. They took on the guise of any number of benevolent—yet mercurial and imperfect—gods, demanding worship. And they got it.

So, yes—there are many gods. But, scripturally, there is only one God, and He is infinitely superior to all that He has created. Still, we must be wary.

If history has taught us anything it is that we are easily deceived, and just as these fallen angels held sway over the nations of the antiquity, so they can hold sway over the contemporary world in endlessly inventive ways. 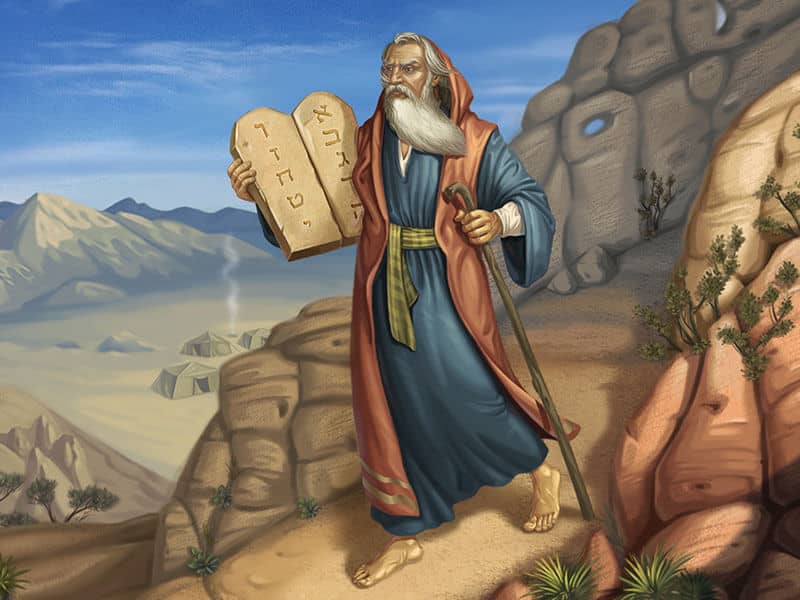 How Well Do You Know Moses in the Bible?

more from beliefnet and our partners
Add some inspiration to your inbox.
Sign up for Beliefnet's Bible Reading newsletter.
From time to time you will also receive Special Offers from our partners
Wesley Baines