The Important Differences between Angels and Demons

Have you ever wondered what the real differences were between angels and demons? Learn the important differences here. 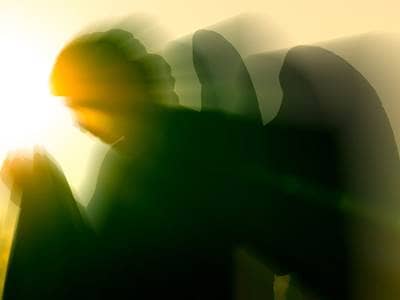 Our culture is fascinated with angels and demons. There are many depictions of both groups not only in the Bible, but also in popular culture. As Christians, we believe in their existence, but how much do we really know about them or their differences?

First, it’s important to understand who angels and demons are by definition. The word “angel” comes from the Greek word "aggelos," meaning “messenger.” While the Bible uses this word to describe human beings in the Bible, angels in particular describe a range of spirits who God created. This also includes more specific categories including cherubim, seraphim and the archangel. A demon is a supernatural source or agent of evil. Demons are evil, fallen angels who follow Satan instead of God. These fallen angels, along with Satan chose to rebel against God. As they look to Satan as their leader, they do everything in the power to thwart God’s plan and hinder His people (Daniel 10:13).

Angelic beings were originally created to love God, whereas demons rejected God entirely. Colossians 1:16-17 speaks of the creation of angels, telling us “For in him all things were created: things in heaven and on earth, visible and invisible, whether thrones or powers or rulers or authorities; all things have been created through him and for him. He is before all things, and in him all things hold together.” While their creation isn’t specified, it is believed that they were made at the same time the heavens were created, referenced in the first chapter of the book of Genesis. While angels magnified the love of God, demons rejected God entirely, rebelling against him and working daily to sabotage humans’ spiritual understanding and development. “Ephesians 6:12 tells us “For our struggle is not against flesh and blood, but against the rulers, against the authorities, against the powers of this dark world and against the spiritual forces of evil in the heavenly realms.” The author warns us of the presence of demons and their desire to shift us closer to darkness. While angels and demons share the same powers, their behavior and mission are very different.

Another major difference is how angels and demons show up in human form. J. Warner Wallace, author of Cold-Case Christianity says “Angels Appear Human/Demons Inhabit Humans”. While angels and demons aren’t always in human form, they can show up this way. However, their objectives are very different. Angels appear in human form to show their empathy and love for us. Demons will enter the human body to take on the form of those they are attacking. Jesus encountered many demons during His earthly ministry. Matthew 8:16 tells us “When evening came, many who were demon-possessed were brought to [Jesus], and he drove out the spirits with a word and healed all the sick.” Jesus was able to drive out the spirits with one word. The Bible also tells us that demons were afraid of Jesus. Matthew 8:29 tells us that the demons asked Jesus “’What do you want with us, Son of God?’…‘Have you come here to torture us before the appointed time?’” Those demons knew who Jesus was and knew their end would be of torment. They recognized His power and shuddered in His presence.

When it comes to our salvation as Christians, Wallace says “Angels Celebrate Out Salvation/Demons Obstruct Our Salvation.” Angels rejoice in our salvation, whereas demons hate it. They will do everything in their power to prevent us from our own salvation. Demons will try to distract us from the Word in an effort to separate us from God. Mark 9:25 tells us “and when Jesus saw the crowd was rapidly gathering, He rebuked the unclean spirit, saying to it, ‘You deaf and dumb spirit, I command you, come out of him and do not enter him again.’”

Angels ultimately want to bring us closer to God, while demons desperately want us to be separated from God. Angels will point us closer to God, whereas demons will separate us from God through distraction. They do this by showing up in the form of false gods, so that we lose sight of the one true God. False gods are described in the Bible as any god other than God. These false gods can show up in the form of money, work, relationships and power among other things.

While the description of demons/fallen angels and their efforts may sound scary, remember they are defeated enemies of God. Colossians 2:15 tells us that Christ has “disarmed the powers and authorities” and He has “made a public spectacle of them, triumphing over them by the cross.” God’s love conquered sin and death, triumphing over Satan and all his empty promises. While we are surrounded by a host of angels and demons engaged in battles and victories, God uses his angels to accomplish his goal of protecting us from the enemy and his evil ways. We are protected from the Evil One, and the forces of evil active around us in the world today. Thankfully, we are warned of these forces in the Bible. It is our responsibility to recognize them, and when we notice the presence of evil, respond accordingly.