Should Christians Read Other Religious Texts?

Can your curiosity get you into trouble?

It seems like the world shrinks every year. Even as the human population balloons over the 7 billion mark, the world seems to be getting smaller and smaller. Cell phones, social media and the internet have made it easier than ever to connect with people who live on the other side of the planet. As such, people are increasingly exposed to languages, foods, clothing styles and cultural quirks that are unfamiliar. This also means that Christians are more and more likely to have friends, neighbors or coworkers who practice a different religion.

An increasingly diverse world allows people to bring the best of their culture to the table. New ideas abound when people from different cultures mix respectfully, and the differences that can divide people become less important as groups become less alien. One problem that can arise from this cultural mixing is that it is painfully easy to accidentally step on someone’s toes. The odds are that the person who caused offense did not mean to insult the other person. They probably did not even know that what they said or did was insulting in the first place. They did not know that the “okay” sign was the equivalent of flipping someone the bird or that trying to tip the waiter was offensive. Everyone is glaring at them, and they have no idea why.

Sadly, no one is ever going to be able to interact with a new culture and not accidentally offend someone somehow. A large part of learning a new culture or language is accepting that at some point, the person learning is going to look like an idiot and have to eat some humble pie and apologize. Cultures are simply too complex to learn everything that is necessary to avoid offense by studying before interacting with the culture. After all, most people manage to successfully insult people from their own culture by accident. Unfortunately, today there seems to almost be a competition to see who can be the most offended by an innocent mistake.

No amount of learning will ever pacify those who are determined to grow as thin a skin as possible, but most people would like to avoid accidentally hurting their coworker’s feelings with a thoughtless remark. Studying a secular culture or language, however, is not enough to really understand another person. Learning about their religion is essential as well.

Even if a person does not seem overly devout, religion is a central part of what makes up a person’s worldview. Morals, ethics and many of the underlying, subconscious thoughts that shape how a person interacts with the world are born out of their religion. Religious influences on a person’s life can be overt, such as refusing to eat certain foods. Others may be subtle, hidden assumptions, such as how a Hindu may assume that terrible things are happening because bad past karma is playing out, but a Christian may believe that the terrible events are due to either Satan’s attacks or part of God’s plan to teach them something. Even if both people’s reactions are outwardly the same, they have subtly different motivations. Neither person, however, may even be aware of their assumptions.

In order to understand someone else’s reactions to events, a person needs to understand them and the underlying forces that drive their decisions. This requires understanding their religion. Understanding a religion requires actually learning about it. This means that a person cannot try to study a religion while holding it at arm’s length.

Christians often talk of wanting to understand and be able to relate to their neighbors. They want to get along with their Hindu neighbors and avoid offending them, but the Christians recoil at the idea of reading the Ramayana. Understanding something, however, requires examining it, not hiding from it.

Christians who are leery of reading other religions’ holy texts often cite Biblical directives to avoid idolatry and keep to God alone. While this is emphasized throughout the Bible, many Christians seem to take the ancient commandment to keep to one God to mean that religion is something like a contagious virus. Reading the Quran will automatically turn a person into a Muslim. This, of course, is nonsense. Converting to a religion requires much more than simply reading a book. It requires a deep-seated discomfort with a person’s own religion and a belief that the answers to their nagging questions can be found in a different religion. It requires a person to reexamine their identity and completely reconstruct all their subconscious assumptions and their worldview.

Reading other holy texts can challenge a Christian’s faith and make them ask difficult questions, but this is actually a good thing. Without challenges, people become stagnant. Faith becomes a matter of rote instead of passionate belief. Love for Christ is replaced with habit if a Christian is never pushed to really examine what they believe. In this way, challenges from other religions serve the same purpose as challenges from a person’s own doubts.

Studying other religions is important in today’s multicultural society, and reading other religious texts is a part of learning about those other religions. Christians are under no obligation to agree with anything they read in those texts. Hiding from them, however, out of a subconscious fear that they will agree with those texts more than their own faith is foolish. Frankly, if simply reading a Hindu, Muslim or Pagan scripture is enough to shatter a Christian’s faith, they did not have much faith in the first place. 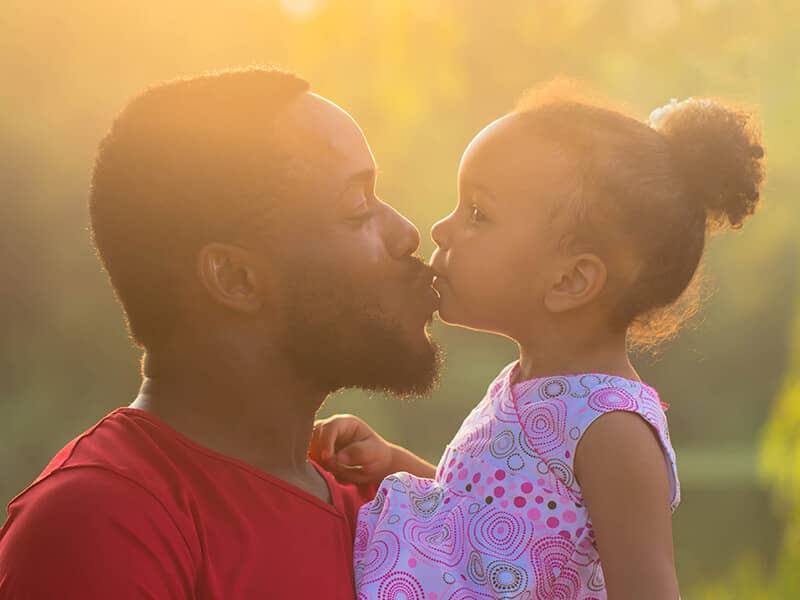 7 Traits of a Strong Father