Most people associate clubbing with drunkenness, devilish music, promiscuous women and men, and fighting. It's no place for a Christian, or is it?

Relevant Magazine published an interesting article, Clubbing With A New Mindset that poses the question, are Christians living more like Pharisees than Christ? The writer makes several great points, one of those being Jesus spent time inside the synagogue, the marketplace, and on the hillside. Jesus never locked himself solely in the synagogue – he ventured out and lived a normal life.

The Relevant piece got me thinking, how will we impact others in the world, if we surround ourselves with people just like ourselves? The answer is simple, we can’t. The assumption that socializing at clubs and/or bars is non-Christian behavior is just that, an assumption. Christians have made themselves accountable to God and the reality is, they only have to answer to him. No one will really know an individual’s allegiance based on a visual drive by and passing judgment on someone is unfair – and not Christian-like.

Tons of publications associate clubbing with drunkenness, devilish music, promiscuous women and men, and fighting. In a lot of cases, the reality is, those scenes are only in the movies. Clubbing can be dancing, listening to music, and enjoying our friends’ company – it doesn’t have to involve a series of adulterous acts classified as sin. A good time is what you make it. People are consistently making excuses and assumptions for scenes they have not experienced.

Now, I’m not naïve. Yes, there are clubs that are not as down-to-earth or wholesome; however, the majority of clubs are not as bad as people presume. Many Christians will bring up temptation and the tempting nature associated with dancing, drinking, and debauchery. But that is another discussion. Nowhere in the Bible does it stay, “Stay out of clubs.” Christians are supposed to have good morals and have the ability to say no to temptation.

Here’s another argument that others often bring up, don’t those people participating in sinful behavior need saving? The answer is yes. Now, are these people trying to be taken to church? No, probably not. But as a child of Christ, you can still go to a club and level with people. Think of it as an intervention of some sort. If people are engaging in non-Christian behavior, you could be the voice of reasoning that creates balance. Will you be successful every time? No, probably not. But remember, Jesus didn’t save people by sitting in the synagogue. He ventured out and sought out the people committing sins – and he didn’t give up on them just because they put themselves in an uncomfortable position.

There are so many scriptures that preach this:

Be realistic, if people are partaking in stereotypical club behavior who will introduce them to the Lord and Christianity? Odds are, they are not going to walk into a church or seek out the Bible. However, if God comes to where they are then there is a bigger chance they will be saved. Revelation 22:17 reminds us this, “Come! Whosoever will, let him take the water of life freely.” In that verse, and in so many other verses in the Bible, the implication is crystal clear – even though we are sinners, God wants us to come to him as we are, so he can cleanse us of our sins and show us the way.

So, the ongoing question is should Christian go clubbing? Yes and no. Christians shouldn’t go clubbing if they have intentions of participating in sinful behavior. But, if Christians are going to a club that doesn’t align in the stereotypical cinematic atmosphere, then yes, go.

As Christians we must stop associating false stigmas with things we do not know. Every club situation is not a sinful arena. Every club situation does not propose a chance to go against our Lord and Savior. Instead of casting judgment on things we do no know, we should get up and be like Jesus. Seek out community. Seek out ways you can save people. Seek out ways you can be a more knowledgeable human being. Seek out these situations without losing sight of your Christian faith. Bring Jesus and faith to those who might be searching.

Lastly, think of it like this. Christians are not opposed to helping an addict, stuck in their ways.

The addict has hit rock bottom, their family has given up, they have no money and are robbing others to feed their addiction. Christians won’t turn away from that person because they believe in second chances – they believe in Jesus washing away sin. So, I ask you, what is the difference between a Christian trying to help a human being participating in debauchery in a club? The reality is there is no difference. There are two sides to the club controversy: Christians having a good time in a clean club scene that is being portrayed in a negative light and Christians seeking out sinners, in hopes they can provide them with a second chance and hope. Society must shed themselves of hypocrisy, so they can witness Christianity at its core.
Angela Guzman is a Writer at Large and a Huffington Post contributor.
next feature 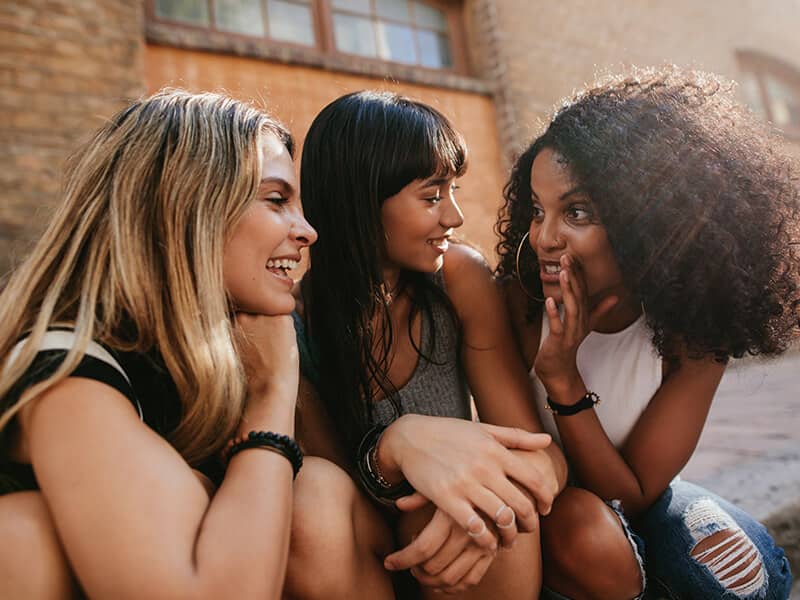 Is Gossip a Sin?

more from beliefnet and our partners
Add some inspiration to your inbox.
Sign up for Beliefnet's Bible Reading newsletter.
From time to time you will also receive Special Offers from our partners
Angela Guzman