Should Babies Be Baptized?

What the Bible really says about infant baptism.

Various Christian denominations have different views when it come s to infant baptism but is it a biblical practice? The Bible speaks directly on baptism, who it is for and what it accomplishes. To answer the question about whether or not babies should be baptized, the best place to turn to is Scripture.

In the Bible, on believers who placed their faith in Christ were baptized. These individuals were baptized as a public testimony of their faith and identification with Him. We see examples of this in Acts 2:38 where it says, “And Peter said to them, ‘Repent and be baptized every one of you in the name of Jesus Christ for the forgiveness of your sins, and you will receive the gift of the Holy Spirit.” We also see this in Romans 6:3-4: “Do you not know that all of us who have been baptized into Christ Jesus were baptized into His death? We were buried therefore with Him by baptism into death, in order that, just as Christ was raised from the death by the glory of the Father, we too might walk in newness…” Baptism is a decision, a statement of your faith and relationship with God.

We don’t see examples of infant baptism in the Bible. Because an infant can’t place his or her faith in Christ, make a conscious decision to obey Christ or understand what water baptism symbolizes, there are various denominations that don’t agree with infant baptism. But a good argument can be made for infant baptism.

The Catholic Church, along with the Orthodox churches and many Protestant denominations as well, have been baptizing babies ever since Christ commanded His apostles to baptize all people in the name of the Father, Son and Holy Spirit. Matthew 2818-20 says, “Then Jesus came to them and said, ‘All authority in heaven and on earth has been given to me. Therefor go and make disciples of all nations, baptizing them in the name of the Father and of the Son and of the Holy Spirit, and teaching them to obey everything I have commanded you. And surely I am with you always, to the very end of age.’”

Parents choose to bring their babies to the waters of baptism by professing a belief in Christ on behalf of the child and promising to raise him or her in the faith. For adults who are baptized, the Church requires them to profess their faith in Christ. While the child is too young to have faith, the parents extend their faith on the child’s behalf.

This is not the only time we see the faith of one person extended on behalf of another person. In the Old Testament, God spares the firstborn child’s life during the Passover based on the parent’s faith (Exodus 12:24-28). In the New Testament Jesus forgives the sins of the paralytic based on the faith of those who brought Him (Matthew 9:2; Mark 2:3-5).

Pastor Kevin DeYoung shares how he takes a few minutes to explain why they practice infant baptism in his church. He expresses, “We do not believe that there is anything magical about the water we apply to the child. The water does not wash away original sin or save the child. We do not presume that this child is regenerate (though he may be), nor do we believe that every child who gets baptized will automatically go to heaven. We baptize infants not out of superstition or tradition or because we like cute babies. We baptize infants because they are covenant children and should receive the sign of the covenant.” Baptism is the initiation into the covenant community and the children of believers have always been included in the covenant community.

Baptism is a sacrament, the sacrament of initiation into God’s household, His covenant people. Those who belong to the covenant household should be baptized, the church, the community of believers. One major argument in support of infant baptism if that babies are the children of believers, because they have always been included in the household of faith, in both the Old Testament, when they received the sign of circumcision and in the New Testament.

Colossians 2:11-12 says, “In Him also you were circumcised with a circumcision made without hands, but putting off the body of the flesh, by the circumcision of Christ, having been buried with Him in baptism, in which you were also raised with Him through faith in the powerful working of God, who raised Him from the dead.”

The church represents the Kingdom of Heaven on Earth. As a result, babies should be welcomed into His church and have His name put on them in the waters of baptism.

Children inherit original sin from the moment of conception. The apostle Paul says “through one person sin entered the world, and through sin, death” (Romans 5:12). Paul is not saying that sin comes only when a person reaches the age of reason, but writes that before baptism, “we were by nature children of wrath, like the rest” (Ephesians 2:3). Babies are also born with original sin and they need baptism to cleanse them so that they too may become adopted children of God and receive the grace of the Holy Spirit. The Kingdom of God belongs to all of God’s children. 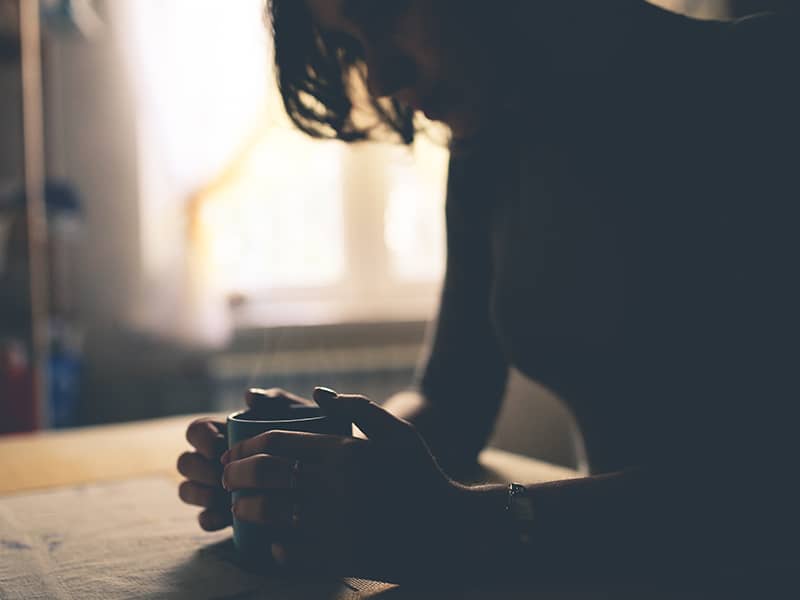 How Jesus Saves Us From Temptation