ATLANTA, Oct. 20 (UPI)--Former President Jimmy Carter, the son of a Southern Baptist Sunday school teacher, has disassociated himself from the nation's largest Protestant denomination and criticized its "increasingly rigid creed."

"I have finally decided that, after 65 years, I can no longer be associated with the Southern Baptist Convention," the 76-year-old former president said in a letter mailed to 75,000 Baptists nationwide on Thursday by a group of moderate Texas Baptists.

Carter said the Southern Baptist Convention, which has almost 16 million members, has adopted policies "that violate the basic premises of my Christian faith," including a denominational statement that prohibits women from being pastors and tells wives to be submissive to their husbands.

He said the "most disturbing" reason he and his wife decided to disassociate themselves from the Southern Baptist Convention was the elimination of language in June that identifies Jesus Christ as "the criterion by which the Bible is to be interpreted."

Carter began teaching Sunday school at age 18 when he was a Naval Academy cadet. He continued to teach while he was Georgia's governor and the U.S. president.

He said he would remain a deacon and a Sunday school teacher at Maranatha Baptist Church in his hometown of Plains, Ga., where he has taught adult Sunday school classes since he returned to Georgia in 1981.

"This is a torturous decision to make," Carter said. "I do it with anguish and not with any pleasure."

"My grandfather, my father and I have always been Southern Baptists, and for 21 years, since the first political division took place in the Southern Baptist Convention, I have maintained that relationship. I feel I can no longer in good conscience do that," he said.

Carter said he supported his church's recent decision to send half of its mission contributions to the Atlanta-based Cooperative Baptist Fellowship. The fellowship was formed in 1990 by Baptists dissatisfied that conservatives were exercising increasingly tight control over Southern Baptist agencies and institutions.

Carter and his wife, Rosalynn, announced their support for the moderate group in 1993, but until now, have never criticized the Southern Baptist Convention so sharply.

The Rev. James Merritt, the president of the Southern Baptist Convention, said Carter's decision was "unfortunate," but added that that he "evidently has a set of personal convictions that are at odds with what we believe as Southern Baptists."

The Rev. Daniel Vestal, coordinator of the Cooperative Baptist Fellowship, described Carter as "a convictional Baptist who has come to realize that the Southern Baptist Convention no longer represents those convictions."

Delegates attending the annual session of the Baptist General Convention of Texas in Corpus Christi Oct. 30-31 will be asked to vote on a proposal that would reduce Texas funding to the Southern Baptist Convention's six seminaries and two other agencies by more than $5 million. 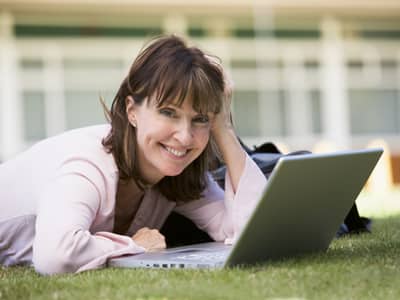 7 Inspiring Reasons to Go Back to School