Back story: Father Arseny, a Russian Orthodox priest imprisoned in a Soviet work camp, intervenes in a fight to help a young prisoner named Alexei. For "troublemaking," he and Alexei are sentenced to 48 hours in an unheated cell.

Punishment cell No. 1 was a tiny house that stood by the entrance of the camp. In this house was a room for two people where the floor and walls were covered with sheets of metal. The whole room was not wider than three quarters of a yard and two yards long. Outside it was -22ºF and windy, so that it was hard to breathe. You had only to step outside to become immediately numb.

The occupants of the barracks understood what this meant: certain death. Father Arseny and Alexei would be frozen within two hours. Occasionally, someone was sent to it when the temperature reached -21º or -22ºF, but this only for 24 hours. The only ones who stayed alive were those who could jump up and down the whole 24 hours to keep their blood from freezing. If you stopped jumping, you froze. And here it was -22ºF, Father Arseny was an old man, Alexei had just been beaten up, and both men were exhausted.

Father Arseny and Alexei were dragged to the punishment cell and shoved inside. They both fell, cracking their heads against the wall. Father Arseny stood up and said, "So, here we are. God has brought us together. It is cold, Alyosha, and there is metal all around."

They heard the outer door close, the locks click, the voices and the steps of the guards fade away. The cold seized them and constricted their chests. Through the small window with iron bars the moon shone its milky light into the cell.

"We are going to freeze, Father Arseny," moaned Alexei. "We are both going to die. We need to keep moving, to jump up and down, but it is impossible to keep that up for 48 hours. Why don't you say anything, Father Arseny?"

As if from somewhere very far away Father Arseny's voice answered, "I am praying to God, Alexei!"

"What's there to pray about when we are going to freeze?" Alexei muttered.

"We are here all alone, Alexei; for two days no one will come. We will pray. For the first time God has allowed us to pray aloud in this camp, with our full voice. We will pray and the rest is God's will!"

The cold was gradually conquering Alexei and he was sure that Father Arseny was losing his mind. Making the sign of the cross and quietly pronouncing some words, Father Arseny stood in the ray of moonlight. Alexei's hands and feet were numbed by the cold; he had no strength in his limbs. He was freezing and no longer cared.

Suddenly Alexei heard Father Arseny's words clearly, and understood that this was a prayer. Alexei had been in church only once, out of curiosity. Although his grandmother had baptized him when he was a child, his family did not believe in God. They simply had no interest in religious matters. Alexei himself was a member of the Komsomol. How could he believe?

But Alexei could clearly hear the words that Father Arseny was saying: "O Lord God, have mercy on us sinners! Through Thine unspeakable mercy save us, have mercy on us and lead us away from this cruel death, because we do believe in Thee, Thou our God." And so the words of prayer poured forth, and in each of these words lay the deepest love and trust in God's mercy, and unconditional faith in Him.

Alexei started listening to the words of the prayer. At first he was perplexed, but gradually he began to comprehend.

"O, Lord our God, Jesus Christ! Thou didst say with Thy purest lips that if two or three agree to ask for the same thing, then Thy Heavenly Father will grant their prayer because, as Thou didst say, 'When two or three are gathered in my name, I am among them.'" Alexei was repeating these words after Father Arseny.

The cold had taken Alexei completely; his entire body was numb. But suddenly the cell, the cold, the numbness of his whole body, his pain, and his fear had disappeared. Father Arseny's voice filled the cell, but was it a cell? Alexei turned to Father Arseny and was stunned. Everything around had been transformed. An awful thought came: "I am losing my mind, this is the end, I am dying."

The cell had grown wider, the ray of moonlight had disappeared. There was a bright light and Father Arseny, dressed in brilliant white vestments, his hands lifted up, was praying aloud. The clothing on Father Arseny was the same as on the priest Alexei had once seen in church.

The words Father Arseny spoke were now easy to understand, they had become familiar--they entered directly into Alexei's soul.

Alexei saw with surprise that there were two men assisting Father Arseny. Both were dressed in the same bright vestments and both shone with an indefinable white light. Alexei did not see their faces, but sensed that they were beautiful.

How much time had passed he did not know, but Father Arseny turned to him and said, "Go, Alyosha! Lie down, you are tired. I will keep praying, you will hear me." Alexei lay down on the metal-covered floor, closed his eyes, and kept on praying.

The words of prayer filled his whole being. All was peaceful and warm. It was important not to forget these words, to remember them all his life.

Somebody struck the door, the frozen lock squealed, and voices could be heard from the outside of the cell. Alexei opened his eyes. Father Arseny was still praying. The two in garments of light blessed him and Alexei and slowly left. The blinding light was fading and the cell at last became dark and, as before, cold and gloomy.

"Get up, Alexei! They have come for us," said Father Arseny.

Alexei rose. The head of the camp, the doctor, and the Major were coming in. Somebody behind the door was saying, "This is inexcusable--someone could report this to Moscow. Who knows how they will look at this. Frozen cadavers--this is not the modern way."

In the cell stood an old man in a patched-up vest and a young one in torn clothes with a bruised face. Their faces were calm and their clothing was covered with a thick layer of frost.

"They're alive?" the Major asked in amazement. "How did they survive here for two days?"

"We are alive, sir," said Father Arseny. All looked at each other in amazement.

"Come out!" shouted one of the supervisors. Father Arseny and Alexei walked out of the cell. The supervisors removed their gloves and started frisking them. The doctor also removed a glove, put it under Father Arseny's and then Alexei's clothing and, to nobody in particular, said, "Amazing! How could they have survived? It's true, though; they're warm." The doctor walked into the cell, looked around it, and asked, "What kept you warm?"

"Our faith in God, and prayer," Father Arseny answered.

"They are simply fanatics. Send them back to the barracks right away," said one of the supervisors in an irritated voice. As he was walking away, Alexei heard somebody say, "It's amazing. In this cold they should have lived no more than four or five hours. It's unbelievable, considering that it's -22ºF out. You supervisors sure got lucky. There could have been some unpleasantness in store for you."

The barracks met them as if they had risen from the dead.

Everyone asked, "What saved you?"

They both answered, "God saved us." 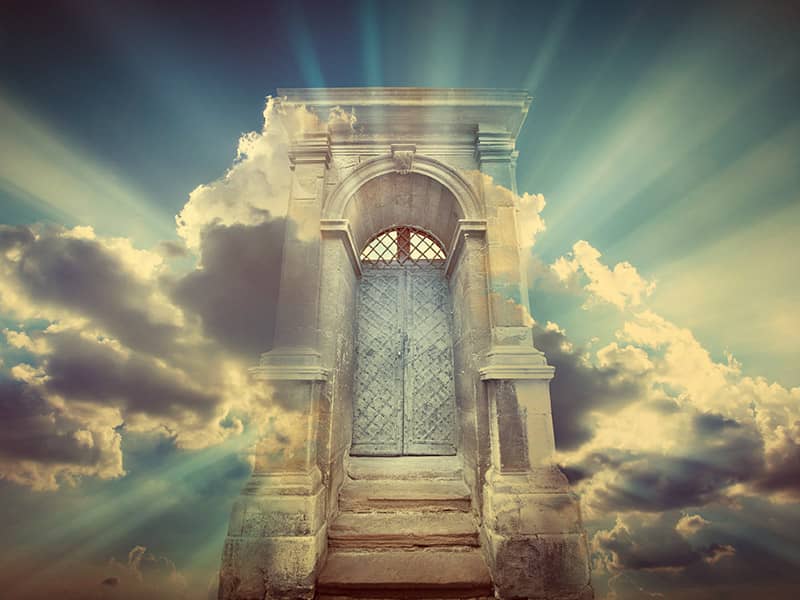 Does God Have a Soul?