As Mormons celebrate the bicentennial of their church's founder, a new biography explores his achievements--and shortcomings.

When Joseph Smith founded the Church of Jesus Christ of Latter-Day Saints--commonly known as the Mormons--in 1830, there were few signs that this group of six people would grow into an international religious movement that today claims 11 million members and is the fourth-largest denomination in the U.S. Dec. 23 marks 200 years since Smith's birth in Sharon, Vt., and his spiritual heirs have been commemorating his bicentennial throughout this year. Among the events marking the anniversary was the publication of a new scholarly biography, "Joseph Smith: Rough Stone Rolling," by Richard Lyman Bushman, a professor emeritus at Columbia University and a practicing Mormon. Bushman spoke with Beliefnet about his book and about the man who founded the Mormon Church.

Can you explain your book's subhead, "Rough Stone Rolling"?

These are words Joseph Smith used to describe himself, and then Brigham Young repeated them. I was drawn to them because I think they capture the incongruity of his inadequate preparation for any kind of leadership role and the rough style of personality and method that continue to the end of his life. And I think it points out the incongruities of a person with so little background who achieved so much.

How did someone with those incongruities create such a lasting institution?

It's the great puzzle of his life. Those who study prophetic figures in history--American as well as ancient history--point out the immense energy that floods into a person who comes to believe that God is speaking through them and that they are chosen instruments for some divine purpose. That confidence of Joseph Smith gave him all sorts of powers he might otherwise not have commanded. It overcame the intimidation he might have felt because of his lack of education and social standing. He just boldly went forward with these extravagant plans for a church and a city of Zion and a temple, and I think that sprang from his confidence that God was with him.

He also had a knack for speaking to the deep religious issues of his time--one of these being a hunger to return of biblical powers. This is a Bible-blazing people, and it's quite obvious that all the gifts that are promised in the New Testament and the tradition of direct revelation had petered out by their time, and there were a lot of people who wanted these returned. And Joseph Smith gave them what they were looking for: a prophet speaking for God.

What were the negative effects of his inadequate preparation?

For someone so unprepossessing to claim so much made him appear like a fraud. How can anyone say God has spoken to him when he has so few qualifications? And so people ridiculed him immediately, and even more were suspicious of him, thought this was a con operation and he was actually dangerous. So that incongruity set up great suspicions in the people who saw him in operation.

We think of Smith as a man with supreme confidence, but you write about a man with human doubts and insecurities. What were some of these?

This came as a surprise to me because he does seem so bold, almost impregnable, in his confidence, and it is true that people didn't intimidate him. But he needed people around him, I concluded. He was at his best when he was surrounded by people, believers or unbelievers. When he was alone, he became blue, as he said. He fell into melancholy. He had a kind of Abraham Lincoln character about him, and all the sorrows of his past and his mistakes would flood in on him, and he felt like he was very dependent on God to restore him, because he felt so weak and ineffective.

You've said that scholars are beginning to think of Smith in the context of a tradition of American prophecy. What do you mean by this?

Scholars are beginning to recognize that the prophetic voice recurs in America. It begins with Anne Hutchinson, who says quite bluntly that God was revealing his truth to her. This role is accessible in a Bible-believing culture, and the Bible is, of course, as significant as the U.S. Constitution for establishing the primers of American culture. So there are people who picked up that role, and Joseph Smith is preeminent among them. No one exceeds him in claiming prophetic powers. He produces Scripture and revives the biblical role. So that's one way to think of Joseph Smith, as stepping out into a tradition of American prophets.

How has Smith's image changed over the years among academics and the general public?

There are certain traditions that just persist forever. One is that he was a "colorful fraud," and even a "dangerous fraud," which was a stereotype that was locked on him almost immediately. He was classed with Muhammad as a man who thought he spoke for God and therefore wished to impose his will by force on people around him, and he was frequently compared to Muhammad in his own lifetime. That remains.

I do think there is a growing willingness to respect Joseph Smith because of the success of the Mormon Church. With so many sensible, likeable people who are Mormons and who believe in him, it's not as easy to dismiss him as it was in the 19th century. So there's a look-and-see attitude: Hard to believe he did the things he claimed to do--seeing an angel and translating--and still, here are the consequences, the Mormon people. So there's a suspension of disbelief among some observers.

What would Smith say about the Church today?
Read more on page 2 >>

It's a very complex theology that he propounds. Part of it has to do with practice: He restores priesthood hierarchy and ritual to a degree that was quite unusual in the radical Protestantism that was his immediate environment. Universalists and Baptists certainly didn't think we needed more priesthood or more authority. No one, as far as I know, in the religious world around him is working on temples and temple rituals, and yet Joseph Smith embodies both of these, which are more Roman Catholic in flavor than they are Protestant. So that gives Mormonism a strange look on the American scene.

And then he has this notion of a God who is not as distant or remote as the standard Calvinist God of his time, but a God who is truly a father and instructor who has taken upon himself the responsibility of bringing as many human souls into covenant with him, with the purpose of teaching them to become like him, to receive a fullness of godly powers. And that is different from the idea of a Fall, which creates an impassible gulf and people struggle to cross that gulf. That gives a cast to the Mormon religion generally that it does feel a closeness to God, in a sense of Him as an ally instead of Him as an imposing force.

Hierarchy and feeling close to God are often seen as antithetical.

The idea of God is that He is your friend, and strangely, that carries over into the idea of hierarchy. Your bishop is your friend, and it instills hierarchy with an approachable quality to it. Most Americans are suspicious of power in any form, but Mormons love having a prophet who has the powers of God in him, because they think of God in this very friendly way.

How does the image of Joseph Smith in your book challenge the traditional image of Smith among believers?

There's an understandable tendency to idealize Joseph Smith, to make him a model of behavior and a paragon of supreme virtues. And we think of him also as a man who was totally in God's confidence, who knew all that was happening and was following a well-designed plan. And I alter that highly idealistic picture of Joseph and show him as a person who struggled, who was given commissions by God--to build a city or build a temple--which were extraordinarily difficult to fulfill. He sometimes worried that he couldn't pull it off. And at the same time, he had to struggle with his own human qualities: his melancholy, his impatience. Sometimes his temper snapped, and he rebuked people fairly harshly. So I am trying to show a Joseph Smith who was a rough stone, but to my own taste, a very appealing figure because of his flaws and his struggles. I personally think we're more attracted to a prophet who is more like ourselves, who has struggles.

What would Smith have said if he could see the Church today?

He's an expansive mind, and I think he always had grand ambitions for the Church. He is immediately sending missionaries all over the globe, thinking he will gather followers in every corner of the earth. And the fact that the Church has expanded globally would be very satisfying to him. I think he would love to see all these temples going up; they were so important in his thinking.

I don't know what he would say about our fears of culture. Like lots of religious people, we sense dangers in the secularism and the immorality of modern culture. Whether he would have joined us in condemning the way the world is going to pot, as it looks to so many people, or whether he would have been more ebullient and embracing it--his natural tendency was to embrace. You can argue on either side of his reaction to the modern world.

Relations between Mormons and evangelical Christians have always been strained, but lately there have been signs of a warming. Where does this relationship stand, in your opinion?

At the points of contact between serious Mormon thinkers and serious evangelical thinkers, where they enter into protracted dialogue, there's been a rapprochement, a development of respect on both sides and a recognition of broad, common areas of agreement in the notion of grace and Christ as a redeemer. I think it's had a positive effect in making Mormons more aware of elements in their doctrine that might not have received the attention they deserved.

On the other hand, there are a lot of evangelicals who still cannot stomach Joseph Smith. They do not like to have a rival Bible like the Book of Mormon, and they think our ideas of this friendly God demean God, bring Him down, don't make him glorious enough. So there will be continued disagreement. But I think it's an excellent example of how extensive religious dialogue can not only reduce ill feelings but can instruct people on both sides of a religious divide. 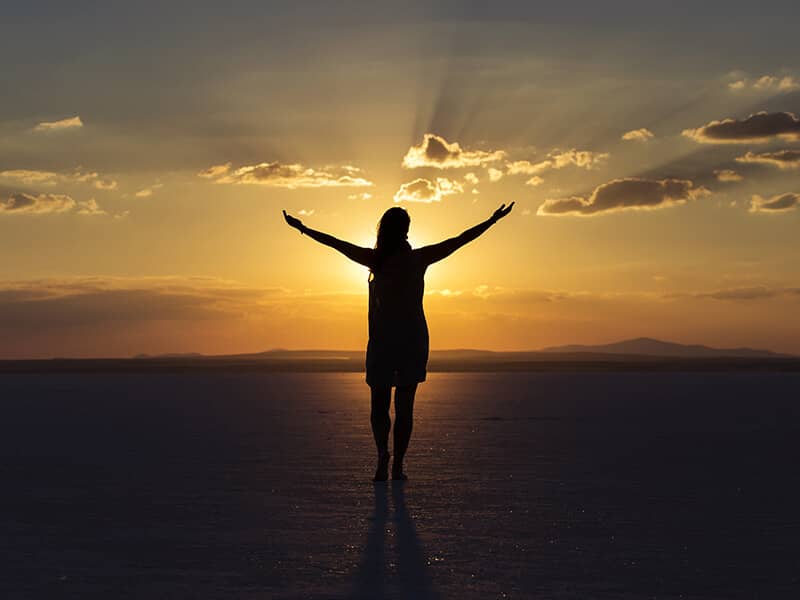 How to Face Fear: 10 Bible Verses To Inspire Courage