Hey, Who Are You Calling a Cult?

The LDS Church is less of a cult than many of the religions that accuse it of being one.

He wrote to me in all innocence, a reader from a Catholic country where Mormon missionaries had only recently begun to gather congregations of believers.

"I asked my priest," he said, "and he told me that Mormons are a cult."

Setting aside the obvious riposte ("What did you think your priest would tell you, that Mormonism was true Christianity as restored by God to living prophets?"), I think it's worth considering just what we mean by "cult" and seeing whether it applies to the Mormon Church.

Anti-Mormons use "cult" the way gay activists use "homophobe"--as an ad hominem epithet hurled to try to silence any persuasive opponent whose ideas can't be countered on their merits.

But just as "homophobe" has a core meaning (someone with a pathological fear of homosexuality to the degree that it interferes with his life), so also with "cult." The only reason it works as name-calling is because there really are religious groups that do--and should--scare us.

There are real examples of what we mean by cults: Jim Jones' group that destroyed itself in mass murder and suicide in Guyana, or those sneaker-wearing folks who killed themselves to join aliens approaching behind a comet. And even though the Branch Davidians may not have been as monstrous as they were depicted in the media, they still clearly fall within what we mean by that word.

What do they have in common?

Charismatic Founder. Cults gather around charismatic individuals who are the sole source of truth to their followers.

Exploitation. The leader enriches himself through the financial contributions of the members, or gathers personal power that he uses to exploit members in other ways to benefit himself. If the group survives the leader's death, it remains a cult if his successors continue that exploitation.

Automatons. The members are discouraged from thinking for themselves, and, insofar as possible, are turned into unquestioning "obedience machines."

Withdrawal and Isolation. Perhaps because exploitation and obedience are easiest to maintain when the ordinary world can't offer its distractions and attractions, cults tend to withdraw physically, seeking ever greater isolation. This is often used as part of the conversion process, to keep the prospective member from hearing counterarguments.

Are All Religions Cults?

It's worth pointing out that there are very few religions of any size or influence that did not begin with a charismatic founder and whose members did not seem, to outsiders, to behave in much the way I've just described. A humble, wise teacher can always be charged with "setting himself up as the sole source of truth" merely because he offers any unusual idea.

The gathering of money to help the poor or pay for meetinghouses or publications can be called "exploitation." The natural desire of converts to live according to the teachings of their leader can look like lockstep blind obedience to those who live a different way. And if outsiders persecute the new religion, it is only natural that adherents will want to band together and get away, if only for a few hours at a time, to be able to practice their religion in peace.

All religions have a body of teachings that becomes a lens through which the believers see the world around them. To those who don't believe, the lens seems to be a distortion of reality--though of course, those unbelievers are merely distorting reality their own way, through their own lens. No one sees reality without passing the data through the lens of their own preconceptions.

All religions also form a community, however loosely organized, of like-minded believers who set the standard of correctness. Whether that standard is rigid or relaxed, those who cross it are expelled from the community and are treated as heretics, apostates, or infidels. Severe treatment of heretics can be found from the lowliest cult to the largest church, from the most rigid sect to "open"-minded, post-religious academia.

You have to get fairly close to a new religion in order to see whether it is acting like a cult or like a religion. Most of those who hurl the word "cult," however, do not bother to get close. And those who do are often so grimly determined to attack that they distort all evidence in order to support the charge.

How Does Mormonism Measure Up?

Joseph Smith was a charismatic leader, but he was murdered 156 years ago. Nowadays, we have leaders who, while sometimes gifted at communication, are rarely of the dramatic, movement-founding type. Indeed, I feel safe in saying that the majority in my lifetime have been rather dull and gray, and they are followed far more because of their office than because of any personal charisma.

Exploitation? As for exploitative leadership, this charge is absolutely false and always has been. Joseph Smith passed the money test with flying colors: He died poor and in debt, not because of profligate spending, but because any money that flowed into his hands flowed right back out again in attempts to benefit the saints and build the church.

In the years since, a handful of church offices have become salaried, but the salaries are merely enough to sustain normal family life. The perks of wealth are shunned even by those church leaders who were rich before being called to one of those rare salaried offices. And church leaders constantly struggle to eliminate the sycophancy, the cult of personality, and the general "sucking up" that are bound to arise in any hierarchical organization.

By any honest measure, Mormon church leaders, from Joseph Smith on, have a remarkable record of genuine humility. They really do try to be the servants rather than the masters of the saints.

Automatons? Those who have actually lived in a Mormon ward--and especially those who have tried to lead a group of Mormons in any kind of activity--can all affirm one truth: Mormons may well be the most stubborn, independent-minded group of people ever assembled as a religious community.

Joseph Smith received a revelation that established the only style of leadership that actually works in the Mormon church (or, in the long run, anywhere): You can only lead by persuasion, by love, by patience, by your own willingness to learn from those you lead. Every now and then, some local Mormon leader will try to give orders or attempt to manipulate people into doing things his way. But he very quickly learns that the more he does that, the less obedient we Mormons become.

Far from being robots, most of us Mormons are, by inclination and by doctrine, determined to make up our own minds about everything. It's a core doctrine of Mormonism that each member of the church is personally and individually responsible for their own relationship with God.

Isolation? As for the cultish trait of isolating converts from any other influence, or brainwashing them till they can't think for themselves, our method of teaching would-be proselytes is the opposite. We usually teach them in their own homes. Our missionaries come for a little while and then leave them to themselves to read, ponder, and pray. We counter the attacks of anti-Mormons by telling the truth about our beliefs and practices, not by trying to cut off contact with our opponents.

Far from becoming isolated, a new convert to Mormonism is taught to be more respectful and loving to parents, spouse, children, and other family members and friends. They usually do better at their careers and education, and if withdrawal takes place it is because their new Mormon lifestyle and beliefs are rejected by their family or friends.

On all these points, I daresay that the Mormon church is less cult-like than many of the religions that delight in calling us one.

Indeed, calling Mormonism a cult is usually an attempt to get people to behave like robots, blindly obeying the command that they reject Mormonism without any independent thought. Kettles, as they say, calling the pot black.

Here's the simplest statement I can make: If Mormonism were a cult, I would know it, and I would not be in it. 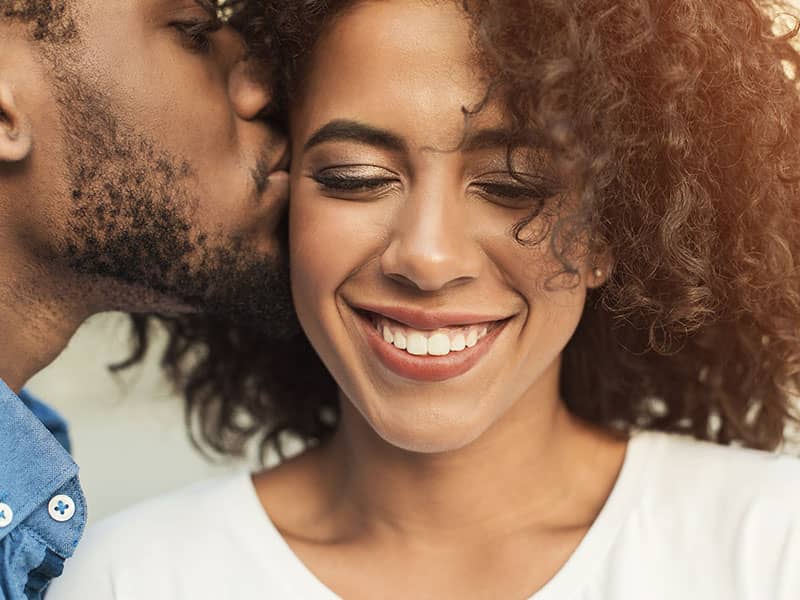 7 Backhanded “Compliments” You May Not Realize You’re Making