Jesus cares for us, more than we can ever comprehend.

Matthew 8:12 tells us, “The children of the kingdom will be driven out into the darkness where there will be grinding of teeth.” This isn’t the only section of the New Testament where hell is mentioned. Another passage that mentions hell is 2 Thessalonians 1:9. The Bible says, “They will be punished with everlasting destruction and shut out from the presence of the Lord and from the glory of his might.” Hell is also mentioned in great detail in the Book of Revelation. One of the passages says, “The smoke of the fire that torments them will rise forever and ever, and there will be no relief day or night for those who worship the beast or its image or accept the mark of its name.” One thing the Bible is clear on is that hell is a place of anguish and final judgment.

We also know from the Bible that no place on earth even compares to hell. While we’re accustomed to seeing images and depictions of hell in popular culture, there isn’t one person on this earth that knows what hell really feels like. Hell is often described with earthly parallels. They think it’s a place where people are moving around participating in evil acts. This doesn’t capture the full scope of hell. It was a place created as a place of torment, torture and horror. Proverbs 1:32 says, “For the waywardness of the simple will kill them, and the complacency of fools will destroy them.” There isn’t any pain or agony that we will experience during our earthly lives that compares to it. Sometimes, it’s difficult to wrap our heads around what hell may be like from descriptions in scripture.

While Jesus often spoke of compassion and love, that doesn’t mean that He never spoke about hell. He thought it was important to talk about it and that people be saved from it.

Most Christians talk about being saved, but there many Christians that have trouble comprehending what salvation really means. Billy Graham once said that sin is a deadly disease that cripples us morally and spiritually. It keeps us from living the way we are called to live. We are so fortunate that when Jesus entered our lives as our Lord and Savior, God cleanses us of all our sins. We are no longer captive to sin’s penalty, which is death. Romans 6:23 says, “For the wages of sin is death, but the gift of God is eternal life in Christ Jesus our Lord.” Jesus saves us not only from something but also to something. That is a new life with Christ. This is now and in eternity.

We can’t believe that we can be saved from hell unless we understand the realities of hell. We must understand that hell is a very real place. Many believers don’t accept that hell exists or that they can end up there. For anyone who doubts the existence of hell, God gives us the evidence. Jesus says, “I tell you, My friends, do not be afraid of those who kill the body and after that can do no more. But I will show you whom you should fear: Fear him who, after your body has been killed, has authority to throw you into hell. Yes, I tell you, fear Him” (Like 12:4-5). Not believing hell is real means you don’t trust God’s true Word.

We need to understand that hell is eternal. As believers, we know that the righteous will inherit the kingdom, and the unrighteous will depart from Jesus. Jesus told the apostles in Matthew 25:46, “Then [the unrighteous] will go away to eternal punishment, but the righteous to eternal life.” To be saved, we have to understand the truth of our lives. We have to understand what the verdict on the day of judgment will be. We have two options, and both of them are eternal, not temporary.

It’s also imperative that we understand that hell isn’t where we are sent because God is angry with us. A single act does not trigger it. Many people think that God sends people to hell. People choose hell when they reject Christ. Those who don’t accept Christ make that conscious decision. While this can be very scary to talk about and comprehend, it is a reality. Thankfully, we have a greater reality when we trust God and believe in His grace. Remember, God is love, and when we were born again through the waters of baptism, Jesus became the center of our lives. As true believers of Jesus and God’s Word, we don’t belong there.

There is no person dead or alive that wants to spend the rest of eternity in hell. For those who think that they are automatically destined for hell, they are missing something major. They are missing the grace of God. Our Heavenly Father gives us everything. The things we deserve and the things we don’t deserve. God’s ultimate will for our lives is that we are saved from sin and the realities of hell through Jesus. He wants us to turn to Jesus and receive total forgiveness for the penalties of our sins. There is hope when we put our faith in Jesus. When we believe in the realities of God’s love, there is nothing we can’t be saved from. 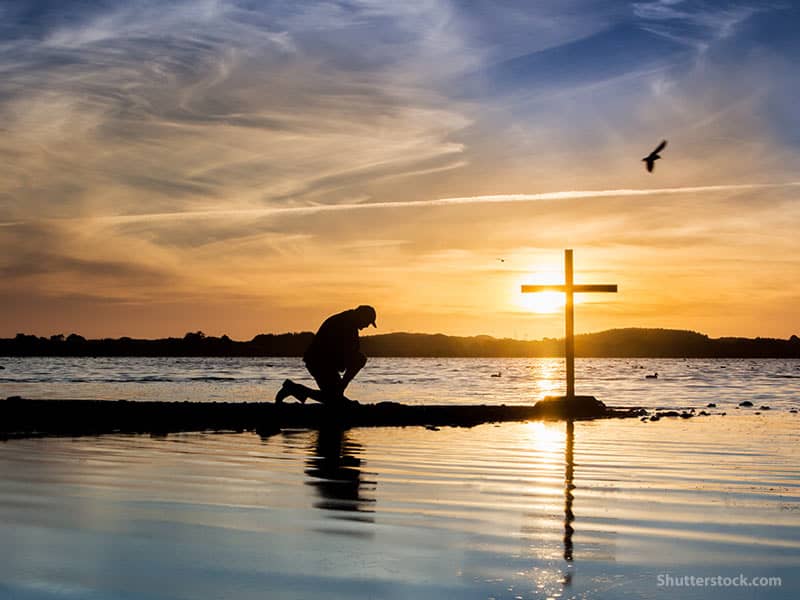 19 Bible Verses on Repentance and Forgiveness