Is There an Angel of Death in the Bible?

An angel of death isn’t mentioned anywhere in Scripture.

When we hear “Angel of Death,” we often think of the Grim Reaper, a figure that has been pushed in popular culture. Yet, contrary to popular belief, the concept of an angel of death is not taught in Scripture. The big idea around an angel of death is the idea that this angel comes to a person right before they die to take their soul. Some believe this angel oversees death, or simply present when a person passes away. There is not a specific passage in the Bible that reinforces this belief.

Some religions do have specific angels equated with death. Judaism connects this role to Azrael, who is recognized as an angel of destruction. In Islam, this figure is known as “Malak Almawt.” In Christianity, some believe the Archangel Michael plays a role in death.

According to the Testament of Abraham, archangel Michel told Abraham he had to die. At this time, Abraham asked God if he could see the wonders of the world so that he could die without any regrets. Michael took Abraham on a tour of the inhabited world. After this, he took Abraham to prepare for his death. While Michael appears to guide departed souls, he doesn’t take on a grim reaper role. In the Bible, Michael is associated with fighting spiritual battles and carrying out the commands of God. The name “Azrael” also never appears in the Bile.

Some people may equate Second Kings 19:35 with angels of death. The verse says, “That night the angel of the Lord went out and put to death a hundred and eighty-five thousand in the Assyrian camp. When the people got up the next morning—there were all the dead bodies.” This verse describes an angel putting to death 185,000 Assyrians who invaded Israel. Some equate chapter 12 of the Book of Exodus with angels of death. This is the passage that references the death of the firstborn of Egypt, seeing it like an angel’s work. Scripture does not link the death of the firstborn to any angel. While the Bible may mention angels causing death at the Lord’s command, it does not teach that there is a special angel of death.

In the Book of Revelation, God gives one of the angels the power to cause death. In Scripture, we see that the Four Horseman of the Apocalypse has the power to wipe out one-fourth of the earth’s population. Revelation 6:8 says, “I looked, and there before me was a pale horse! Its rider was named death, and Hades was following close behind him. They were given power over a fourth of the earth to kill by sword, famine, and plague, and by the wild beasts of the earth.” While some believe the Four Horseman are angels of death, they represent rulers and authorities on earth more so.

It wasn’t God’s original purpose for us to die. We know from Genesis that God made man to live forever on earth. Our Heavenly Father placed the first human couple in paradise, blessed them to perfect health. He wanted good for them. Scripture tells us, “He has made everything beautiful in its time. He has also set eternity in the human heart; yet no one can fathom what God has done from beginning to end” (Ecclesiastes 3:11). Ultimately, God created us with a desire to live forever. While it may be hard to understand when you’re only looking at our time on earth, God has opened a way for that desire to be achieved.

The concept of death can be frightening, even for believers. One of the big reasons is because there are so many unknowns around death. Yet, we know that we don’t have anything to fear when it comes to death through our belief in Christ. We actually have a lot to look forward to. In Philippians, Paul declares, “For me to live is Christ and to die is gain, I am torn between the two: I desire to depart to be with Christ, which is better by far.”

God is the only one who knows the timing of our death and is sovereign over it. No angel or demon can intercede or cause death before God has willed it. Only God knows the date and time of our passing. Many people, including believers, think that death can come in the form of an angel or demon, but the Bible does not teach this anywhere. We know from Scripture that death is the separation of our soul-spirit from our body. While we may no longer be attached to our physical bodies, believers recognize that there is life after death.

Ultimately, angels can be responsible for death, and may be engaged in what occurs after death, but there is nothing in the Bible that speaks to a specific angel of death. It simply doesn’t exist. The Bible provides us with the assurance of life after death. God tells us that we will return through the resurrection of the death. Through this, we know that we will receive the gift of eternal life. While our bodies may be temporary, we will eventually decay and turn to dust. God has bigger plans for us than death. One of the wonderful things we have to look forward to is the Kingdom of Heaven when we die. At this time, the struggle over sin will finally be over. We don’t have to worry about a grim reaper visiting us before we pass away. We can rest assured that God will be right there with us. He was at the beginning of our life on earth, and He will be there in our final moments on earth and beyond. We have nothing to fear with God. 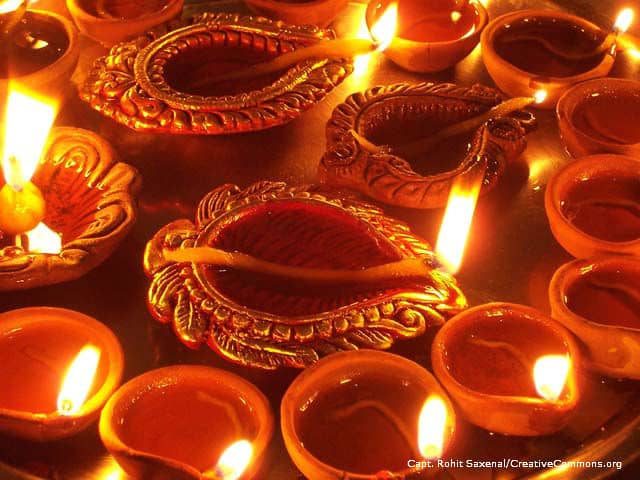 The 5 Best Things About Being Hindu