Is Suicide an Unforgivable Sin?

Will those who commit suicide automatically be sent to hell?

Many Christians wonder if a friend or loved one commits suicide, are they still saved. It is a sad reality that some Christians have and will commit suicide. Another heart-breaking tragedy is the false teaching that committing suicide automatically sends you to hell. Because of this, many believe that a Christian who commits suicide will not be saved. The truth is, this teaching is not supported in the Bible. Suicide is never God’s Will and is always a tragedy, but it is not the unpardonable sin.

The one sin which God cannot forgive is “blasphemy of the Holy Spirit” mentioned in Mark 3:28-30 and Matthew 12:31-32. Jesus had been performing miracles, including driving demons out of people by the power of the Holy Spirit. Instead of recognizing the source of Jesus’ power and accepting Him as God’s Son, the religious leaders accused Him of being possessed by the devil and driving demons out in the power of the devil. Jesus responded by saying "I tell you the truth, all the sins and blasphemes of men will be forgiven them. But whoever blasphemes against the Holy Spirit will never be forgiven; he is guilty of an eternal sin.”

Jesus says the the unforgivable or unpardonable sin is unique. It is the one iniquity that will never be forgiven (‘never’ is the meaning of "either in this age to come" in Matthew 12:32). The unforgivable sin is blasphemy “defiant irreverence” of the Holy Spirit in the context of the Spirit’s work in the world through Christ. In other words, the particular case of blasphemy seen in Matthew 12 and Mark 3 is unique. The guilty party, a group of Pharisees, had witness irrefutable evidence that Jesus was working miracles in the power of the Holy Spirit, yet they claimed that He was possessed by the prince of demons Beelzebul (Matthew 12:24; Mark 3:30). The blasphemy against the Holy Spirit, specific as it was to the Pharisees’ situation, cannot be duplicated today. Jesus Christ is not on earth, and no one can personally see Jesus perform a miracle and then attribute that power to Satan instead of the Spirit. The only unpardonable sin today is that of continued unbelief. There is no pardon for a person who dies in his rejection of Christ.

According to Scripture, suicide is not what determines whether a person goes to heaven. If an unsaved person commits suicide, he or she hasn’t done anything to accelerate their journey to hell. The unsaved person who committed suicide will be in hell not for the act itself but for rejecting salvation through Christ. The reality is we don’t know what was happening in a person’s heart the moment he or she died. There are some who accept Christ just moments before death. There are also some who may have a last-second change of heart and cry out for God’s mercy. These judgments are not for us to make. Yes, we can make a judgment that suicide is the wrong way to deal with one’s problems, but we should leave eternal judgment up to God.

A Christian committing suicide is evidence that anyone can struggle with despair. While suicide is not the unforgivable sin, it is still a serious sin against God. God says, “You shall not murder” (Exodus 20:13), and suicide is murdering oneself. As Christians, we are called to live our lives for God and the decision of when to die is God’s alone.

God knows the heart of each person. He knows that mental illness sometimes clouds a person’s judgment so much so that they aren’t fully responsible for their actions. We should also not be quick to condemn a person who dies by this means. Typically, he or she has been dealing with incredibly weighty issues. Those problems might include some form of drug addiction, including alcoholism. Mental illness, which is also a big factor, can be difficult to comprehend, even for those who deal with them professionally. The person who commits suicide often has been dealing with these issues secretly and the depth of his or her struggle is known only to them. It’s important that we are sensitive to the needs of others, especially those who may be facing mental illness, discouragement or depression. As Christians, we are called to love. Sometimes, just knowing that someone cares can help someone in crisis.

If you’ve come across this article and you are contemplating suicide, please know that there is hope through Christ. Praying is one of the most important things you can do, but it likely the last thing you want to do. It will require a strength that can only come from God. If you or someone you know is contemplating suicide, consider prayer. The following prayer written by an unknown author may be of some assistance:

O Lord and Giver of Life, may we all recognize the great value of the life You have given each one of us. But look in a special way on those who no longer find any meaning in the life they are leading. You can see every movement of the human heart and You knew what depths of despair, discouragement, frustration, loneliness or self-hate have led them to the edge they are standing on. Have mercy on them, and open their eyes to see that the road has not ended. Fill their hearts with new hope. Place people in their lives who love them, with Your own love, and who give them a reason to live again. Make them know they are worthwhile and needed. And Lord, if You wish to use me as your instrument in touching someone, feel free to do so. Amen. 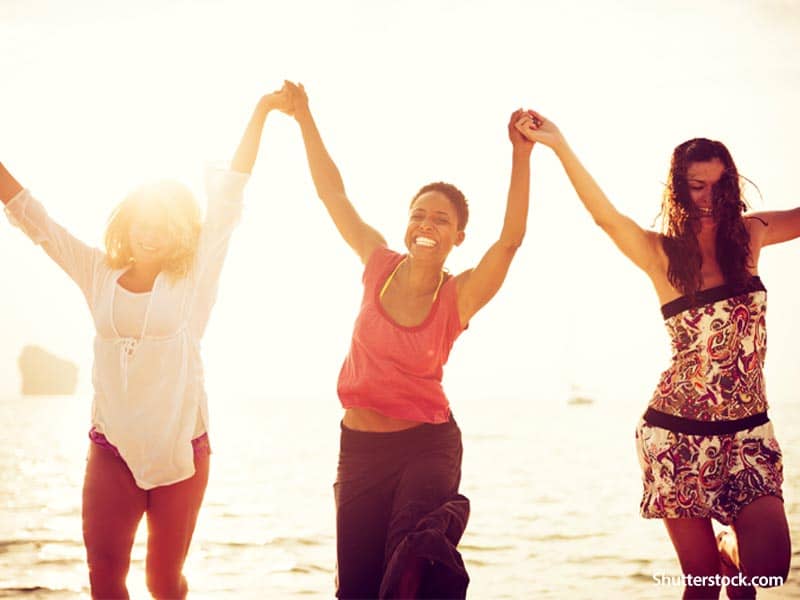 6 Budget-Friendly Bachelorette Party Ideas That the Bride Will Love