Is God trying to tell us something more?

Eclipses are a natural phenomenon that has been recorded throughout history, so much so that the Bible even addresses them. Scripture tells us that God will use signs, miracles and other strange ways to communicate with His children, so it’s not far-fetched for people to think that eclipses could mean something more.

Christians are believing that 2018 is shaping up to become the year Christ will return, due to amount of blood moons, super moons, eclipses and other astrological phenomena that are scheduled. Christian conspiracy theorists are claiming that the high amount of astrological events is corresponding to a verse in the Bible that signals the end times.

Luke 21:25-26 states “And there will be signs in the sun and moon and stars, and on the Earth distress of nations in perplexity because of the roaring of the sea and the waves, people fainting with fear and with foreboding of what is coming on the world. For the powers of the heavens will be shaken.”

This isn’t the only verse that link end time events with astronomical phenomena. Some point to Matthew 24:29 as connecting a solar eclipse with the end times: “Immediately after the tribulation of those days the sun will be darkened, and the moon will not give its light.” In addition, during a lunar eclipse, the sun is significantly darkened and the light normally reflected by the moon is gone.

When both are combined it makes a super blue blood moon. The timing of all of these events also was of peculiar interest, as 2018 is also the 70th anniversary of the birth of Israel. In March 1948, Israel was declared as an independent nation following the Second World War.

This event caused a rise in Christians questioning if the lunar events did mean something more. Website Unsealed writes: “If the Great American Eclipse was the darkened sun piece of the puzzle, perhaps this blood moon is the missing piece, which could mean the Day of the LORD begins soon, perhaps even this year.”

Pastor Mark Blitz is known for researching astrological phenomena from a Biblical perspective. Biltz started using the term blood moon in reference to lunar eclipses because red is the most common color of a totally eclipsed moon, and blood also is red. Despite the fact that not all lunar eclipses appear red, Biltz teaches that a lunar eclipse likely was what the prophet Joel had in mind when he spoke of the moon being turned to blood before the great and terrible Day of the Lord (Joel 2:31). In addition, Blitz believes a lunar eclipse at the time of the Crucifixion was a partial fulfillment of this as evidenced by Apostle Peter’s referencing Joel’s prophecy at Pentecost (Acts 2:20).

While many people are frightened of the world today and believe Jesus is making a return soon, the truth is that we will never know when He is to return. It is important to remember that Jesus said no one knows the day or hour of His return (Matthew 24:36).Eclipses in general are quiet common, with a total solar eclipse happening about once every 18 months. Total lunar eclipses occur virtually every year in most parts of the world. Since the time that Jesus spoke the words recorded in Matthew 24, there have been thousands of total and partial, solar and lunar eclipses. So far, none of them have had a connection to the end times and we cannot place certainty that one lunar eclipse will be more significant to God than another. 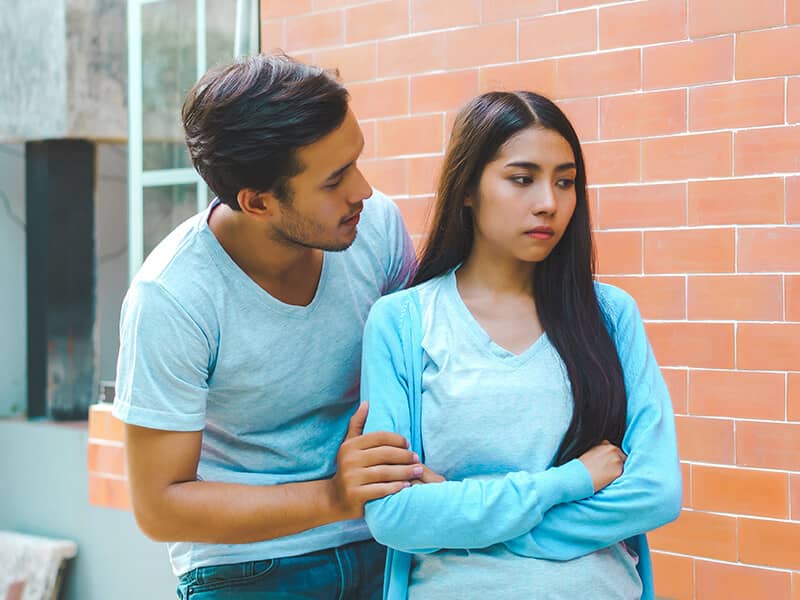 What the Bible Really Says About Abusive Relationships