The Transforming Face of Jesus

Since early Christianity, Jesus’ race and appearance have been a huge source of public debate and in that time span, His image has been depicted in a multitude of ways. Here is a look at how Jesus’ appearance has transformed over the centuries.

How Images of Jesus Have Changed Over the Centuries 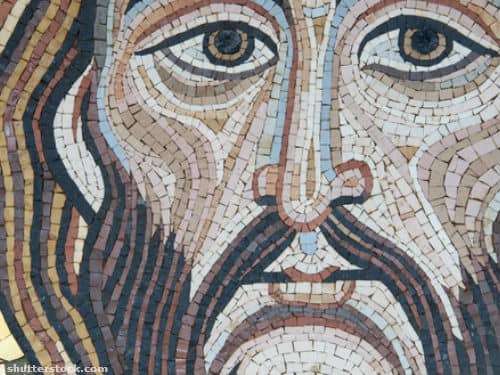 How Images of Jesus Have Changed Over the Centuries

Since early Christianity, Jesus’ race and appearance have been a huge source of public debate and in that time span, His image has been depicted in a multitude of ways. Here is a look at how Jesus’ appearance has transformed over the centuries.

The Head of Christ (11th Century) 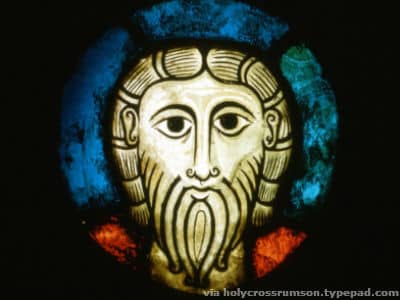 The Head of Christ (11th Century)

This stained glass image of Jesus, known as the Head of Christ is one of the oldest pieces of stained glass in the world, dating between 1040 and 1056 AD. This work of art is held in Le Musee de l'Oeuvre Notre-Dame in Strasbourg, France. 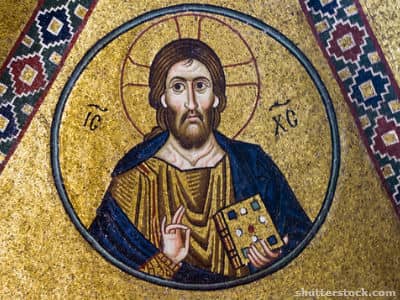 This image is an 11th century Greek mosaic, where Christ is identified by the abbreviated Greek ICXC which stands for Jesus Christ. The word Pantocrator is of Greek origin meaning “ruler of all.” The iconic image of Christ is one of the first images of Jesus developed by the early Christian church and is still a central icon in the Eastern Orthodox Church.

The Christ from the Vision of Ezekiel (12th century) 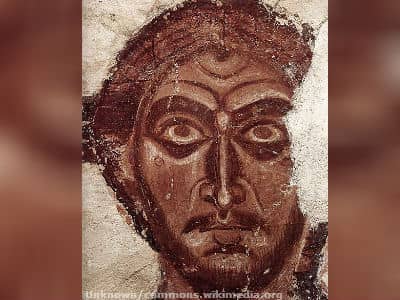 The Christ from the Vision of Ezekiel (12th century)

This 12th century Romanesque mural painting of Jesus was created by an unknown German artist. These fragments of Romanesque murals came to light in the mid ‘50s. This piece lives in Frauenchiemsee, Germany. 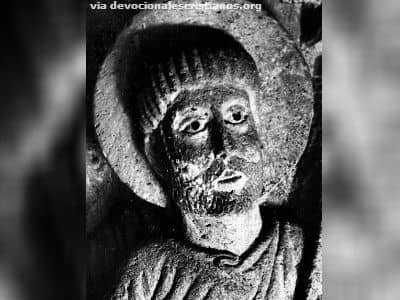 This early 12th century sculpture of Jesus is from the Church of Saint Nectaire, in France. The church was founded in 1160 and is an amazing example of Auvergne Romanesque art.

The Shroud of Turin (14th Century) 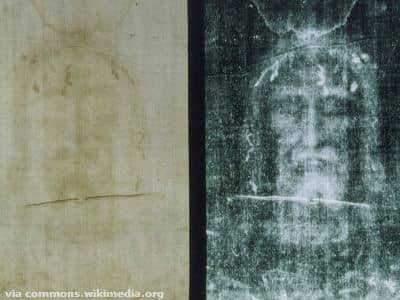 The Shroud of Turin (14th Century)

The Shroud of Turin, a 14-foot cloth first documented in the 14th century, is believed by many to have been the cloth that covered Jesus after he was crucified on the cross. In the late 19th century, lawyer Secondo Pia took the first known photograph of the shroud. The negative revealed strikingly clear facial features that couldn’t be observed with the naked eye. The shroud is currently located in the Cathedral of Saint John the Baptist in Turin, Italy. 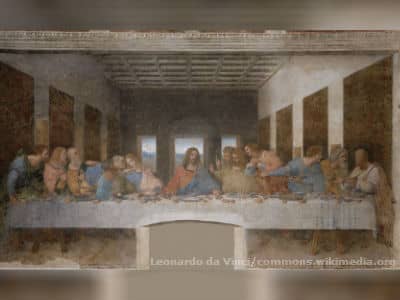 Leonardo da Vinci’s Last Supper (1495-98), continues to be one of the greatest and marveled masterpieces coming out of the Italian Renaissance. The painting featuring Christ and the apostles, and other Renaissance paintings of Christ really set the stage for many of the later depictions of Christ and the common perception of His image in modern day. 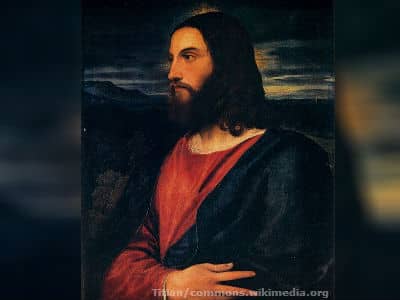 This oil on wood painting of Jesus was created for Francesco Maria della Rovere, Duke of Urbino by Titian in 1533, depicting a more humanized version of Christ. 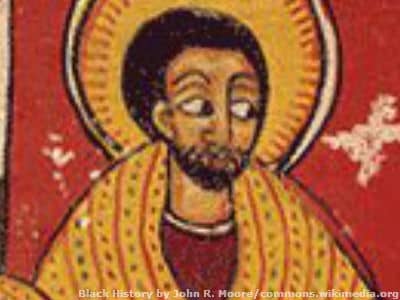 Iyesus Kristos, meaning Jesus Christ is an 18th century Ethiopian depiction of Jesus according to the traditional iconography of the Ethiopian Church. 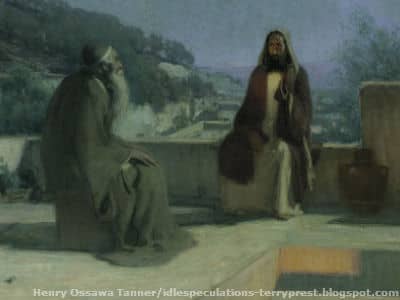 This painting depicts a black Jesus with Nicodemus by early 20th century African-American artist, Tanner. By the 20th century, many theories proposed that Jesus was black, not specifically of African descent. Later 20th century images of a black Jesus were adopted by many African Americans, evolving into a figure that was more relatable than common European depictions of Jesus.

Jeffrey Hunter as Jesus in King of Kings (20th Century) 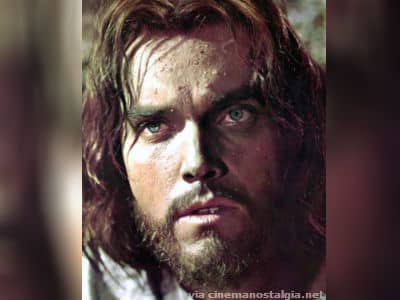 Jeffrey Hunter as Jesus in King of Kings (20th Century)

American television and film actor Jeffrey Hunter played the role of Jesus in the 1961 Metro-Goldwyn-Mayer film, King of Kings. This auburn-haired, blue-eyed depiction of Jesus is in line with common European representations of Him. 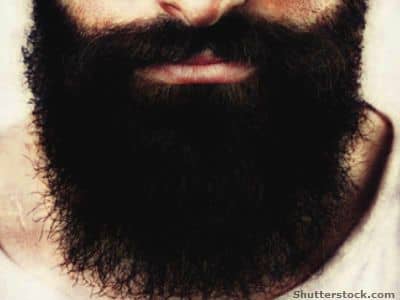 In 2001, with the advances in modern forensic technology, the makers of BBC’s Son of God series created a model of Christ’s face based on the skull of a 1st century Jewish man, revealing a man with a plump nose, full cheeks, somewhat rounder features, and a slightly darker pigmentation, a contrast to the Jesus many have commonly come to know, depicted even before the Renaissance. Many wonder if that image reveals the real face of Jesus. 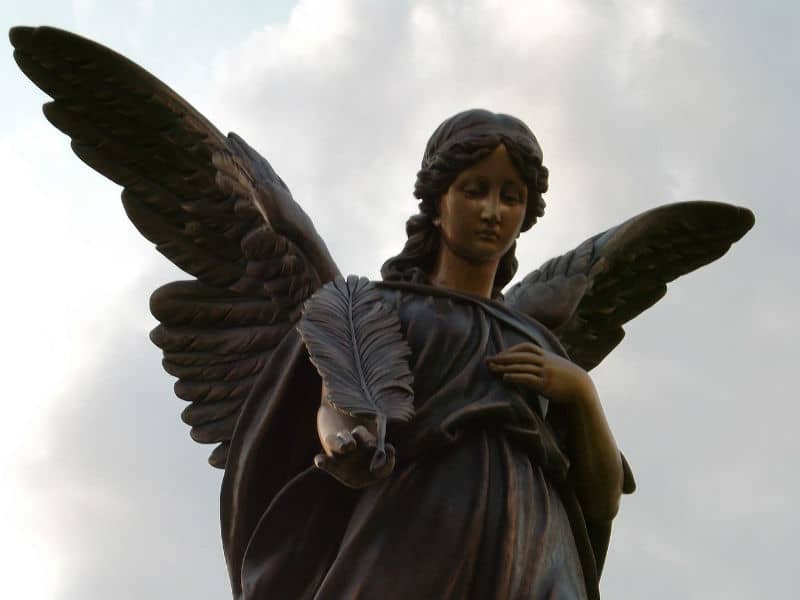 Is There an Angel of Death in the Bible?

An angel of death isn’t mentioned anywhere in Scripture. Read next feature >