Tucked away into small passages of the Bible, these random fun facts are easily skimmed over by some readers. While they are certainly random, these facts are definitely not useless! 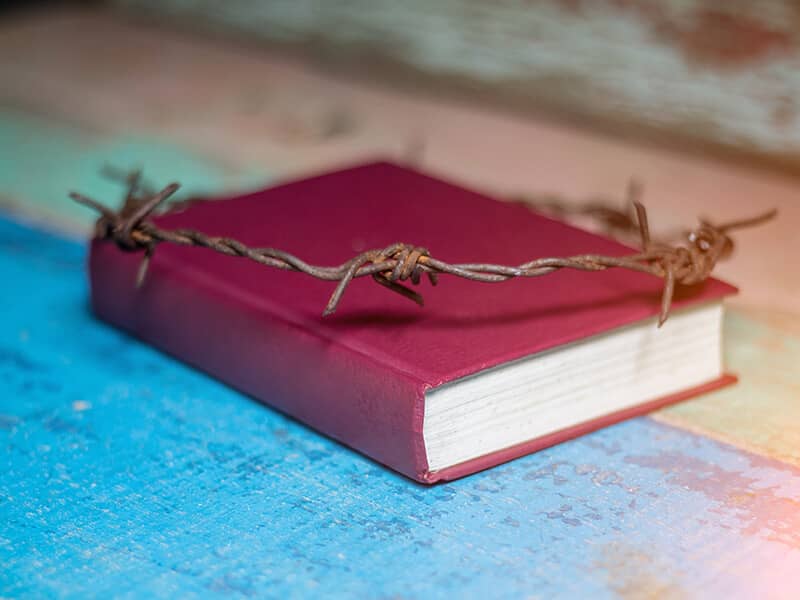 One of the most important things that all believers should know about the Bible is that, “All Scripture is breathed out by God and profitable for teaching, for reproof, for correction, and for training in righteousness” (2 Timothy 3:16). The Bible is the single most important book ever written. It is an eyewitness account of historical events of such great magnitude that have incredibly shaped the world we live in. It is also the most important book you'll ever read. Tucked away into small passages of the Bible, these random fun facts are easily skimmed over by some readers. While they are certainly random, these facts are definitely not useless! Here are nine randomly awesome Bible facts you should know.

Oldest Person to Ever Live 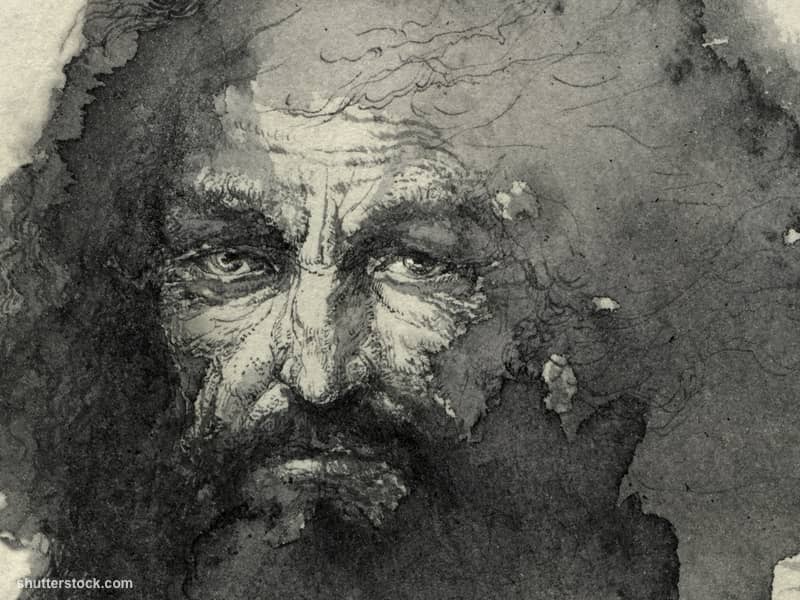 Oldest Person to Ever Live

While only mentioned a few times in scripture, Methuselah held a strong lineage in the Bible.  As a descendant from Adam and Noah's grandfather,  he was the most elderly man on record having lived 969 years. "Methuselah lived 969 years, and then he died." Genesis 5:27 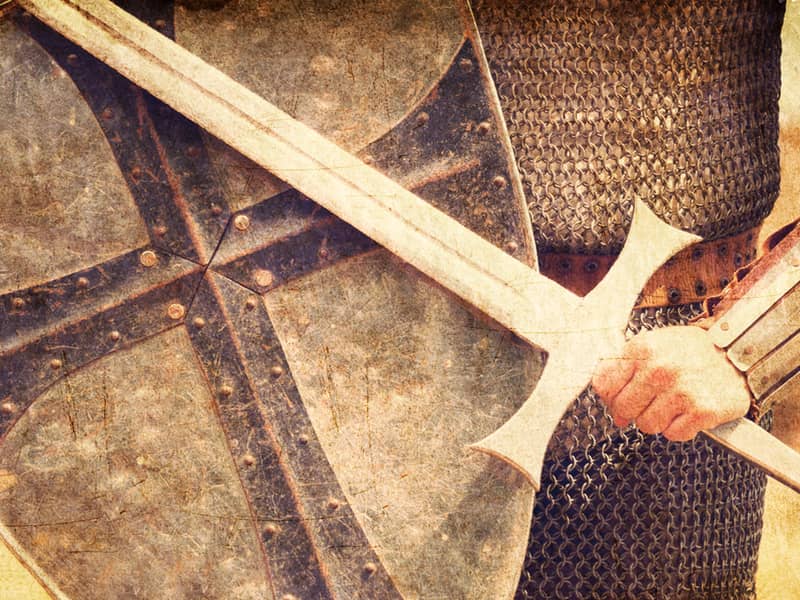 In Isaiah 37, Hezekiah takes his troubles with Sennacherib, king of Assyria, to God in prayer. God answers with a sign and promise that Sennacherib will not besiege or invade Jerusalem by sending an angel to put 185,000 Assyrian soldiers to death overnight.

Jesus and John the Baptist Were Cousins 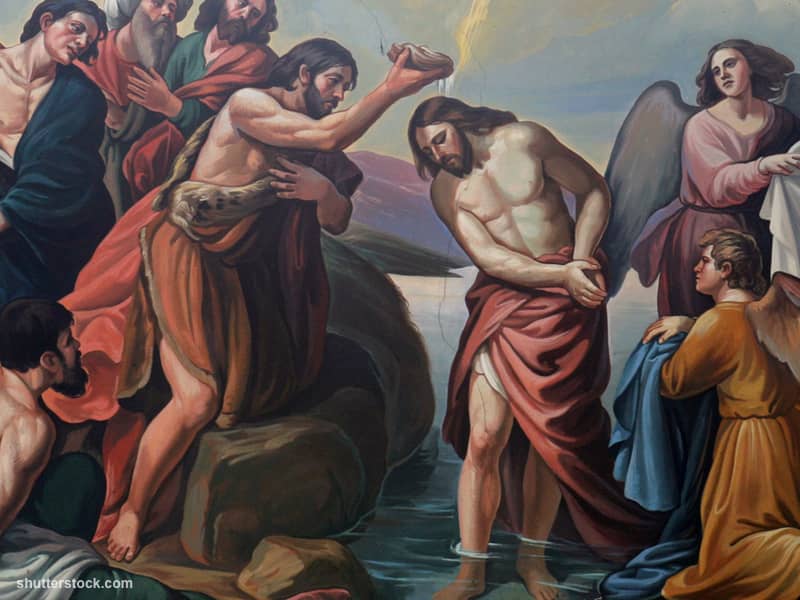 Jesus and John the Baptist Were Cousins

Johh the Baptist and Jesus were actually second cousins.  Mary (Jesus' mom) and Elizabeth (John's mom) were cousins, as indicated in Luke 1. 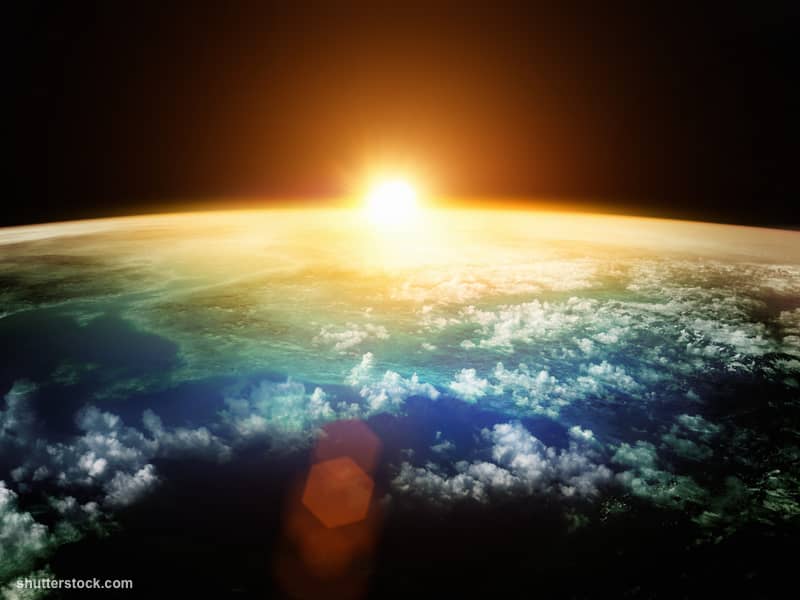 Hezekiah was witness to another one of the Lord's miraculous works when God made the sun move backwards in Isaiah 38:8, "I will make the shadow cast by the sun go back the ten steps it has gone down on the stairway on Ahaz." So the sunlight went back the ten steps it had gone down."  The Lord also made the sun stand still at the request of Joshua in his fight for Israel, "So the sun stood still, and the moon stopped, till the nation avenged itself on its enemies, as it is written in the Book of Jashar.  The sun stopped in the middle of the sky and delayed going down for about a full day." Joshua 10:13

A Donkey Speaks to a Man 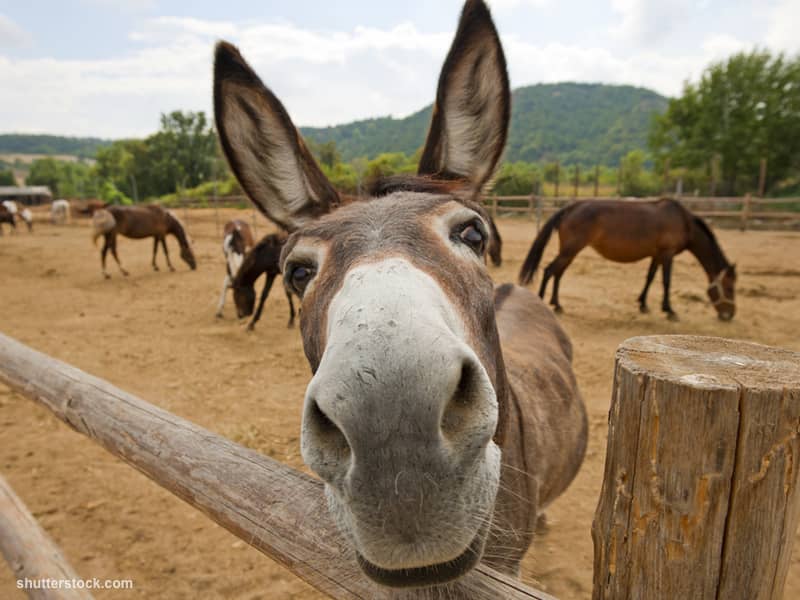 A Donkey Speaks to a Man

Numbers 22 tells the story of Balaam, a man who was hired by Balak, king of Moab, to cuse the Israelites. However, God intervened in the most amusing way -- through the talking donkey he was riding!  "Then the Lord opened the donkey's mouth, and it said to Balaam, "What have I done to make you beat me these three times?" Balaam answered the donkey, "You have made a fool of me! If only I had a sword in my hand, I would kill you right now."  The donkey said to Balaam, "Am I not your own donkey, which you have always ridden, to this day?  Have I been in the habit of doing this to you?" "No," he said. Then the Lord opened Balaam's eyes, and he saw the angel of the Lord standing in the road with his swoard drawn. So he bowed low and fell facedown." 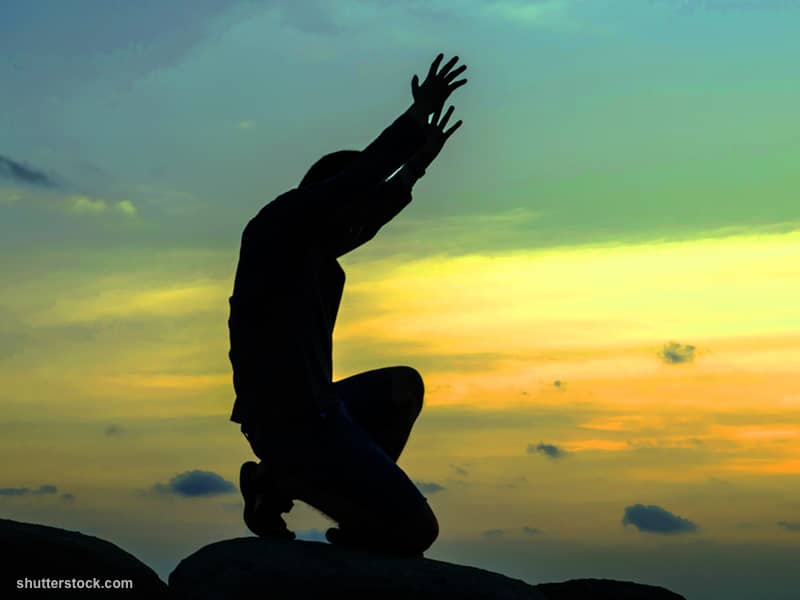 Here we find Hezekiah again involved in another cool work of God.  On the cusp of an illness that was sure to take his life, Hezekiah tearfully prayed to the Lord...and God answered his prayer, "I have heard your prayer and seen your tears.  I will add fiftteen years to your life." Isaiah 38:1-5 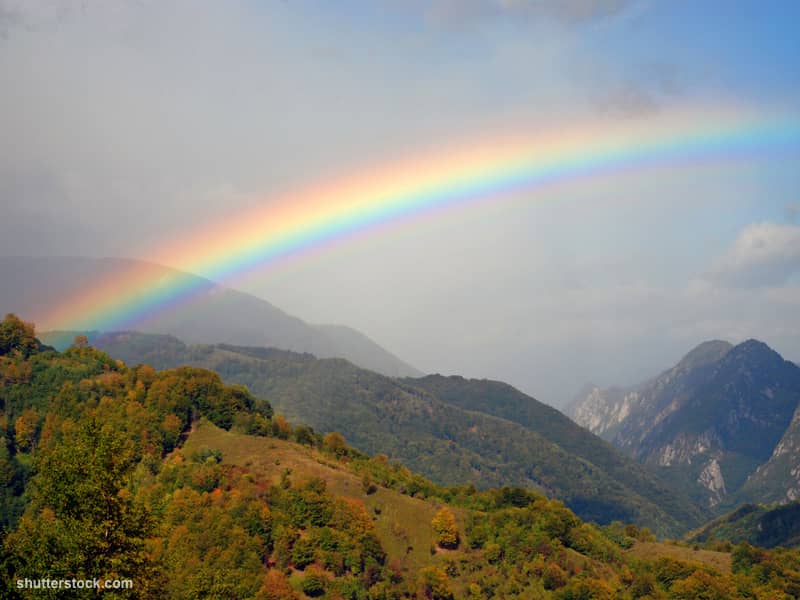 Rainbows are one of the most beautiful things a human can see with their own eyes, so it's no shock to Christians that they were created by God.  But it's the meaning behind why God created them that is even more awe-inspiring, "I have placed my rainbow in the clouds. It is the sign of my covenant with you and with all the earth." Genesis 9:13 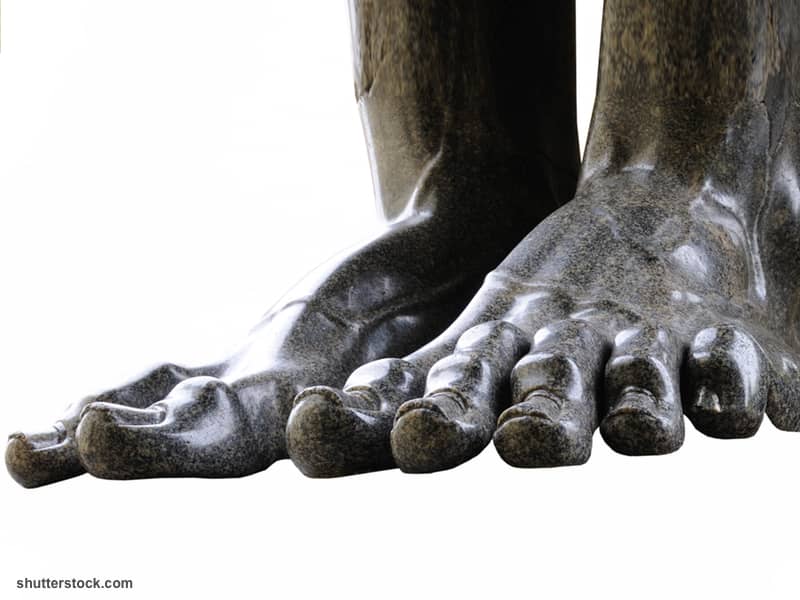 There once was a man so large, that he needed a 13 foot bed, "King Og of Bashan was the last survivor of the giant Rephaites. His bed was made of iron and was more than 13 feet long and six feet wide. It can still be seen in the Ammonite city of Rabbah." Deuteronomy 3:11

Man Who Outran a Chariot 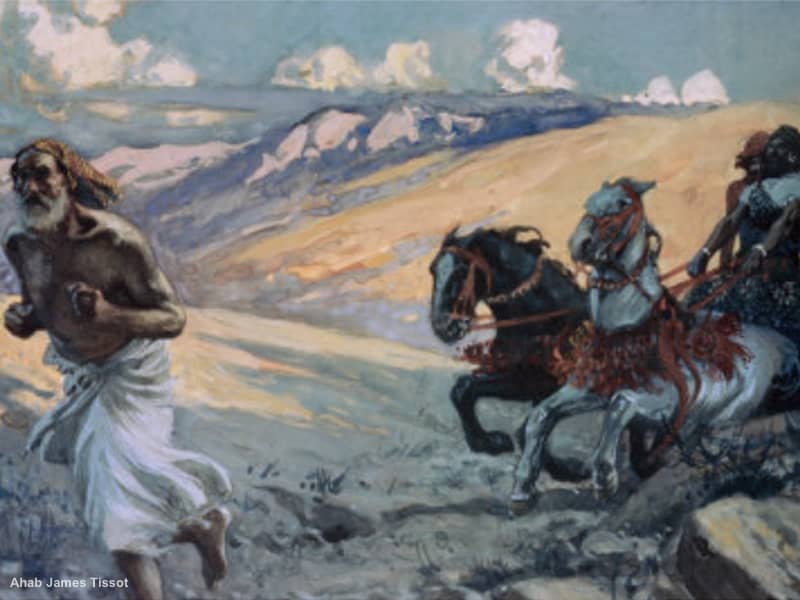 Man Who Outran a Chariot

When a fierce rainstorm threatened to stop Ahab from getting back home to deliver a message to Jezebel, the Lord gave Elijah a special strength to outrun his chariot, "And soon the sky was black with clouds.  A heavy wind brought a terrific rainstorm, and Ahab left quickly for Jezreel.  Then the Lord gave special strength to Elijah. He tucked his cloak into his belt and ran ahead of Ahab's chariot all the way to the entrance of Jezreel." 1 Kings 18:45-46 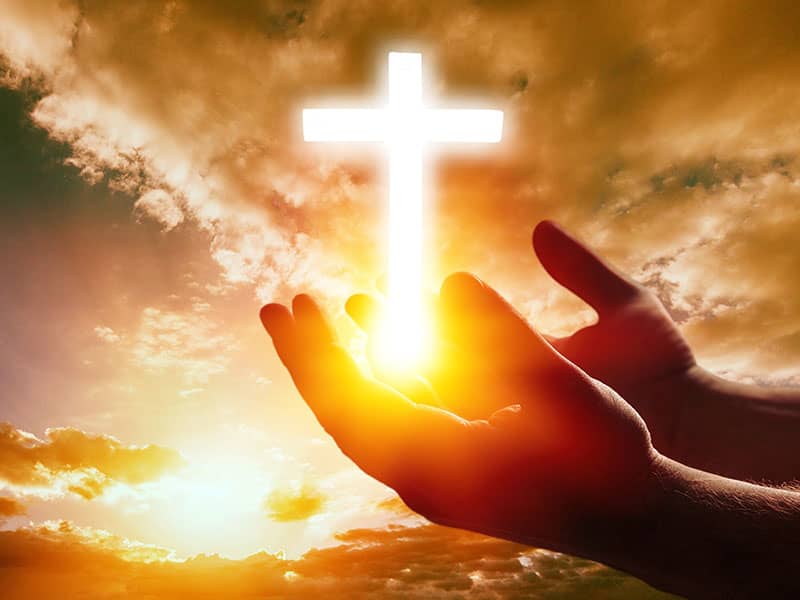 What’s disconnecting you from God? Read next feature >
Lindsey is a Writer at Large for Beliefnet