By Lesli White lesli white
Waiting for the Word/Flickr.com

King Herod, also known as Herod the Great, was multifaceted. Historians agree that in many respects he had a hugely successful reign. Ethnically Arab but a practicing Jew, he increased the land he governed from Palestine to parts of modern Jordan, Lebanon and Syria, constructing fortresses, aqueducts and amphitheaters. The Romans also gave him the title “King of the Jews” because of the Jewish population he ruled. This title begins to explain the impression we have of Herod from the Bible – one of the Bible’s biggest villains. He was a wicked king who saw baby Jesus as a threat and wanted to murder Him. Like most kings he wanted more power, not less power. Herod knew his status as a ruler was tenuous. He gained and maintained his power by brute force and manipulation. He had little support from the common people around Jerusalem. Herod was also extremely paranoid. He lived in constant fear – no matter how many enemies he tortured or executed; he knew their numbers would continue to grow. It also wasn’t jealousy that Herod was experiencing when he ordered the massacre of hundreds of babies, it was fear. Fear of losing what was most important to him: power. Here are five things you didn’t know about the Bible’s biggest villain: King Herod.

Herod got a lot of his profit from the trading route. The money that he gained by crushing taxes was used to develop his area. The budget was used to cover his big construction projects. In fact, he was considered one of the greatest builders of the ancient world. Herod invested in vast building enterprises. Many old cities were refounded and new cities were built. Temples, hippodromes and amphitheaters were constructed, not only in Judea but in foreign cities such as Athens. Within his own kingdom he rebuilt Samaria. He also rebuilt Strato’s Tower on the Mediterranean and built a large artificial harbor. This project lasted twelve years. There were many more projects through the land, settlement and strongholds, many of which had names honoring the emperor or members of his family.

Any threat of an uprising was put down with brutal and bloody ferocity. Encouraged by his Roman masters, Herod believed in singling out individuals in public execution as well as the mass slaughter of opponents. His most brutal act of genocide – the Murder of the Innocents, recorded in Matthew’s Gospel – was to order the killing of every single male child under two in his kingdom in an effort to destroy baby Jesus, lest he grow into another threat to Herod’s rule. Simply being a member of Herod’s family couldn’t save you either as he killed many family members based on paranoia. Herod was ruthless. His rule has inspired some of the most shocking scenes in Hollywood biblical epics.

More Information About Herod Than Many Others

More Information About Herod Than Many Others

We have more information about Herod than about all other figures of antiquity, largely owing to Josephus’ detailed accounts. Josephus includes more negative material about Herod in Jewish Antiquities, written 10-15 years after The Jewish War. There are several men in the New Testament referred to as “Herod.” These Herods were part of a dynasty, a partly hereditary, partly appointed line of Idumean rulers over Israel during the days of the Roman Empire. Unlike other previous kings of Israel, the Herods were appointed by the Roman emperors and the senate. The first of the Herods is “Herod the Great” and is the one who sought to kill Jesus in Matthew 2 by slaughtering all the infant boys. As we know from biblical accounts, he tried to enlist the wise men to reveal the whereabouts of baby Jesus.

There was a dark and cruel streak to Herod’s character that showed itself increasingly as he grew older. His mental instability, moreover, was fed by the intrigue and deception that went on within his own family. Despite his affection for his wife Mariamme, he was prone to violent attacks of jealousy; his sister Salome made good use of his natural suspicions and poisoned his mind about her. In his last years Herod suffered from arteriosclerosis. He had to impress a revolt, became involved in a quarrel with his Nabataean neighbors and finally lost the favor of Augustus. At the time, he was in great pain and in mental and physical disorder. He altered his will three times and finally disinherited and killed his first, Antipater. The slaying, shortly before his death, of the infants of Bethlehem was wholly consistent with the disarray into which he had fallen.

Many historians believe that Herod’s downfall began with his possessive love for his wife Mariamme. On a political expedition, he visited the Roman ruler Octavian in Rhodes and feared for his life. He demanded that Mariamme be killed if he didn’t return alive, unable to bear the thought of another man with her. Later, Herod became convinced by his sister that Marriame was scheming against him. He had her put on trial and executed. Despite being responsible for her death, Herod’s torment was intolerable. He saw visions of her. Perhaps in a futile attempt to replace his love for Marriame, Herod became polygamous. The story of Herod became more tragic still when, for fear of being usurped, he executed three of his sons.

The Bible shapes the popular conception we now have of Herod as a King who was proud of his title and would do anything to keep it. He is considered ruthless, cruel, ambitious and paranoid. While his life was filled with victory, it was also filled with cruelty. Herod wanted to destroy Jesus and anything that was a threat to what he had built. He approached life in constant fear which made him a very unpredictable ruler. Do you believe Herod is the Bible’s greatest villain? 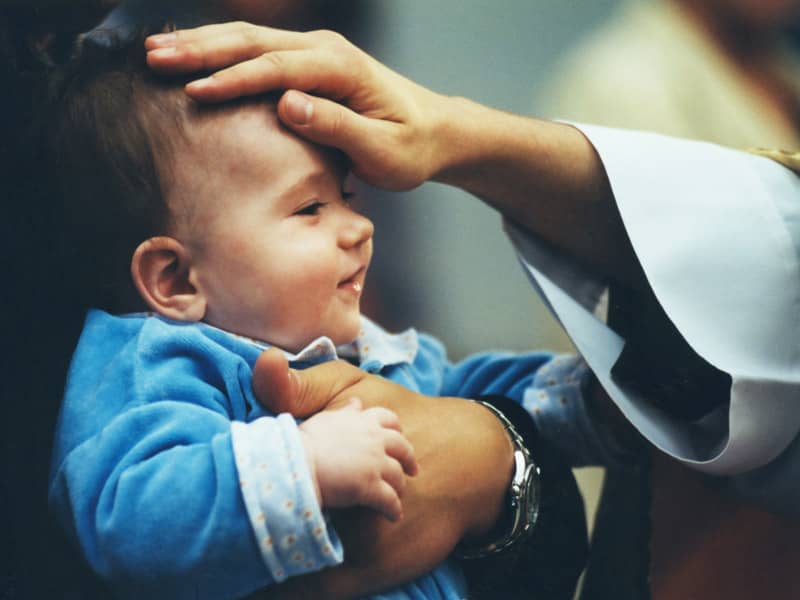 Do I Have to Be Baptized to Go to Heaven?
Baptisms are important; however they aren’t a prerequisite for going to heaven. Read next feature >
Lesli White is a graduate of Virginia Commonwealth with a Bachelor’s degree in Mass Communications and a concentration in print and online journalism. In college, she took a number of religious studies courses and harnessed her talent for storytelling. White has a rich faith background. Her father, a Lutheran pastor and life coach was a big influence in her faith life, helping her to see the value of sharing the message of Christ with others. She has served in the church from an early age. Some of these roles include assisting ministry, mutual ministry, worship and music ministry and church council.