Here are five things that most Christians say, but for the time being – don’t believe.

Belief is to Christianity as a motor is to a car. It’s essentially the whole thing. As followers of the Way, we are told to walk by faith, not trust our eyes, and see that which cannot be seen.

Not having seen Jesus, we put our trust in him.

Not having touched the Father, we still pray to him day after day.

As a believer, you kind of have to – believe in order to qualify. Most of us understand that, and so we do our darned best to conjure up a smidgen of belief. We fake it until we make it. We hope that if we say it enough times, it’ll finally become true. We hope that maybe, just maybe God will be like Cinderella’s fairy godmother, and turn our mouse sized faith into a team of horses that bring a chariot to the palace.

Here are 5 things that most Christians say, but for the time being – don’t believe.

It’s not so much that we are lying, but if we believed it worked then we probably wouldn’t wait until it was our absolute last option. If we believed that prayer was the answer to our many problems, we’d try it sooner. As Oswald Chambers has said, “We tend to use prayer as a last resort, but God wants it to be our first line of defense”. Most of us have so many problems in our life, we might actually fulfill Paul’s challenge to “pray without ceasing”. But then again, if we prayed half as much as we complained, we might not have quite so many problems. Having dealt with the root of the problem, we could stop running around like headless chicken and get some work done.

Ah, that ornery old word – sacrifice. We say we love people, but are loathe to sacrifice for them. We won’t give up our precious relaxing Saturday to go and help people move, but still claim that we love them. Sacrifice, by nature costs something. Usually something that we would quite prefer to not have to give up. The kind of love we have is usually cheap and easy – perhaps that’s why it’s not nearly as effective as the Jesus kind of love we read about in the Bible. Speaking of the written Word…

The Bible is the Absolute Authority in My Life

The Bible is the Absolute Authority in My Life

If only this were true. It should be what we believe. It certainly has the credibility we need. But, when it disrupts what we think SHOULD be true, we rarely bend our belief structure to match those red, life giving letters. We come up with explanations faster than a two bit magician comes up with fake doves up his sleeve. We qualify, quantify, and generally do just about anything it takes to maintain our oh so comfy status quo. The very definition of authority means that it defines our status quo. When we have to twist it to accommodate our lives, then it’s lost whatever authority we claimed it had in the first place.

We are ALL made in God’s Image

We are ALL made in God’s Image

This is one that we want to believe, but don’t. We want to believe that we’re able to see past the rough exterior of the homeless man begging on the corner, and see the image of God in his scraggly face. But we rarely see the imprint of Jehovah there, instead we tend to judge a book by its incredibly worn cover. But we don’t even see the image of God when we look in the mirror. Too many of us only see a lifetime of mistakes and regrets. Shattered dreams and skinned knees. If only we’d start seeing ourselves as made in the image of God, we might be able to be more kind to other rough and wounded children of God.

I Am a Child of God

I Am a Child of God

Rewiring our identity is hard. Harder than sorting out a room full of tangled yarn with your eyes closed. For so long so many of us haven’t embraced the truth that we are in the eternal and glorious family of our Father in heaven. We’ve felt more at home with this world, identified with that which we can see, smell, touch, and hear more than what we’ve been told is true – we belong to God, and he is good. Perhaps we’ve felt like we were too bad, too shameful to ever truly be adopted into the family of God. If only we knew, it never relied on us being good in the first place. 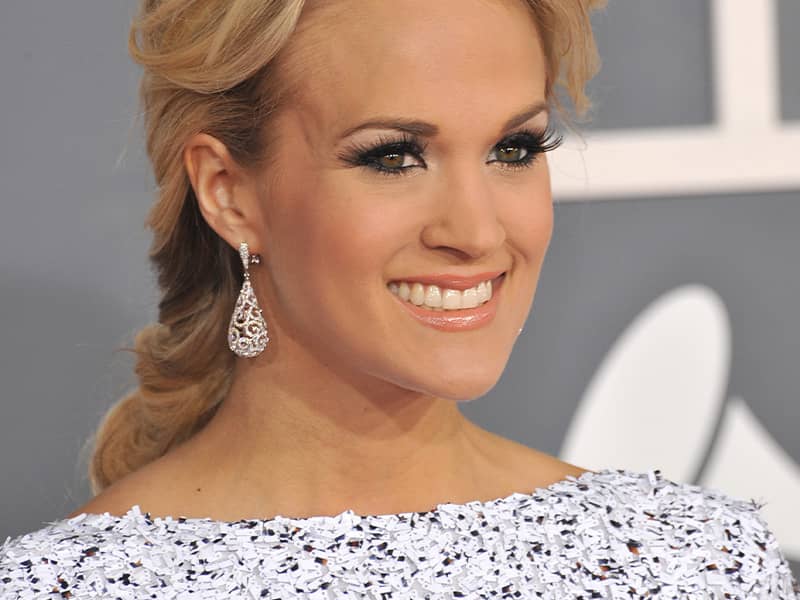 9 of the Most Inspiring Christian Women in Hollywood
These Christian women are not ashamed to share their faith in Jesus openly, despite the stigma in Hollywood. Read next feature >
Andy Vaughn has traveled the world over as he’s preached the gospel through a variety of mediums. His blog is Prisoner of Hope Blog , and he uses it to shine the hope of Jesus into the darkest corners of tired and thirsty souls.