5 Biblical Lessons from the Book of Esther

Take these lessons and apply them to your spiritual journey.

The story of Esther is one of drama and excitement that depicts heroes and villains. Even though God’s name is never mentioned by name or directly referenced, it’s evident that His presence is present throughout the story of Esther. His people are also aware of His presence and the deliverance that He will provide. Many think that the Book of Esther was written my Mordecai; however there is no concrete evidence that supports this theory. Nonetheless, the story is captivating and truly pulls an interest.

The story takes place in the Persian Empire. Esther was a descendant of the tribe of Benjamin which was part of the kingdom of Judah. Esther’s ancestors were among the Jews who were captive to Babylon about a 100 years prior. During this period, many Jews didn’t want to return to Jerusalem when they were allowed because they had grown accustom to the Persian Empire. After Esther’s parents died, she was raised by her older cousin Mordecai – he served in the Persian ruler’s palace.

The Book of Esther provides many biblical lessons that can be applied towards life today. All of these teachings are powerful and depict true courage and devotion.

Mordecai says in Esther 4:14, “For if you remain silent at this time, relief and deliverance for the Jews will arise from another place, but you and your father’s family will perish. And who knows but that you have come to your royal position for such a time as this?” Mordecai is reinforcing the meaning for Esther’s existence. God has love for the Jewish people and didn’t create beauty and subtlety only for Esther – His creation and work was for all people. However, Mordecai is saying that God has a divine plan for everyone and everything. Therefore, He believes Esther was placed into a royal position in order to assist the delivery of God’s work.

Despite the death of Esther’s parents, God used Esther because He knew that she could facilitate greatness and present an understanding to other Jews. Oftentimes we face obstacles and difficult times that cause our lives to be tumultuous. However, we must always remember that God has a bigger plan of action and everything truly happens for a reason. Without God’s obstacles and challenges we must realize that we wouldn’t grow into being the people we were meant to be. No matter how devastating a situation may be or the feelings of brokenness that we feel, we as God’s children must have confidence that we will prevail. Know that we will prevail because you are a creation of God. He has provided all of his children the means to overcome anything that occurs. Always remember God has a divine plan!

Fasting and Prayer will Clear Your Mind

Fasting and Prayer will Clear Your Mind

Even though God was never mention in the Book of Esther, it is clear throughout every word that Esther felt His presence and often leaned on that existence for a deeper understanding of her duties and existence. Throughout the story, it’s evident that a heavenly presence was needed in order for things on the earth to come into fruition. Aside from all that, Esther needed guidance and direction to get her through this challenging time. Through fasting and prayer Esther was able to open up for true spiritual growth that would help her develop into the person God needed her to be. Fasting and prayer allow human beings to remove distractions that often times get in the way and allow individuals to walk a true path of humility.

The same idea of fasting and prayer can be applied towards everyday life. More often than not, God’s children tend to get caught up with the fast pace that life presents to us on a daily basis. The duties that we must complete at home and at work can get frustrating and cause unexpected stress. It’s very important that we find a balance within life’s requirements by fasting and prayer. Remember that fasting can mean actual fasting from food, but also be relevant to avoiding other temptations that bog you down – shopping for materialistic items, gossiping, or any other actions that can present negative outcomes. Don’t wait until you hit rock bottom. Instead instill a regular course of fasting into your life that will keep you on a definitive checks and balance system.

Esther had a great deal of courage – she was willing to ultimately die for her people. This is referenced in Esther 4:16. “Go, gather together all the Jews who are in Susa, and fast for me. Do not eat or drink for three days, night or day. I and my attendants will fast as you do. When this is done, I will go to the king, even though it is against the law. And if I perish, I perish.” Death is a scary pill to swallow, but Esther was ready to accept death if that meant it was what God had within her course of action. Esther knew that she wanted to save her people and allowed a heavenly presence to steer the wheel. Even though possessing courage can mean risking it all, sometimes that’s exactly what you must do.

Courage is not something that we all possess on a whim. Instead courage is a characteristic that is developed. God provides us with the platform, like He did for Esther. When we feel passionate about a cause, a heavenly presence will stand beside us and allow us to speak a little louder, stand a little taller and shine a little brighter. Next time you’re faced with a challenging time, remember Esther. Remember when Esther faced and accepted death ultimately for the greater good of humanity. We are all placed on the earth for a purpose and it’s important to identify that reasoning when it comes into fruition. The best thing about having courage is knowing that you’ll never stand alone.

There’s no way to put it politely, if it weren’t for Esther’s obedience God’s people would have suffered from genocide. Esther saved God’s people by being obedient and presenting forms of obedient practices for others around her. When Esther approached the king, she had absolutely no idea what would happen. She didn’t know if her words would be received with open arms or if she’d be casted off and deemed as a rebel. Instead she acted in direct obedience of a heavenly presence and did what God required of her – and for that an entire nation was saved and reaped the benefits.

It’s important to remember that God requires all of his children to be obedient. God has a plan of action for us all and if we listen to God and have faith, He will guide us into the right path. Think about it, we all have a conscious – and that little voice sometimes is much louder than what we give it credit for. Think of that voice as God reaching out to you. God is trying to explain to you that he needs you stay obedient and stay on the beaten path – the path that He has carved out specifically for you. Being obedient to God doesn’t mean you’re complacent, instead it means that you have complete faith in your Lord and Savior. You understand the sacrifices that he made for your life and with that comes respect which is carried out through an obedient nature and course of action.

Handicaps and Hardships Have No Bearing

Handicaps and Hardships Have No Bearing

God’s people are not excluded from life and the potential for greatness because of a handicap or hardship. Esther was a Jew who’d been exiled in a foreign land and she was an orphan. Even though she was removed from Persian nobility, God still had a plan and position for her. God could see the strengths that Esther possessed and understood how to use her traits for the greater good of the nation. It’s important to know get bogged down with the idea of handicaps and hardships because the negative connotations are crippling.

Ask yourself and answer the question honestly, are you limiting your future because of the crutches you’re holding onto? Do you often give yourself a “break” because you feel like you’ve been given the shorter stick compared to those around you? Living with the mindset that everything is in someone else’s favor will severely damage your life. Handicaps and hardships are not the crippling factor in a situation, instead it’s the person behind that handicap and/or hardship that is causing the issues. Think about, every day you see people overcoming the odds and achieving goals that no one thought were feasible. If these great people allowed their handicaps and hardships to get in the way they wouldn’t have cultivated into the person they’ve prospered to be. Instead of looking at things from a small lens, think about the possibilities that lie just over the horizon. Yes, it will be a lot of work to get there however in the end it will be worth it. After all of your hard work and devotion, you’ll possess a greater sense of confidence and fortitude.

Apply What You Learned

Apply What You Learned

The Book of Esther is a story that is truly relatable drama that just about everyone can find relatable. Despite the shortcomings in life, Esther was able to find a greater scope and save a nation by channeling her courage. It’s important to remember that we all have the ability to create greatness and achieve the goals placed in our lives by God. Having a positive mindset that is backed by courage and perseverance will provide the platform for greater things to happen. It’s not about how many medals you’ve won or how many times you’ve finished in the top ten. If you’re willing to put forth the work and not take no as an answer, you’ll find a greater meaning for living. Be an Esther – never allow your beginning to portray your end! 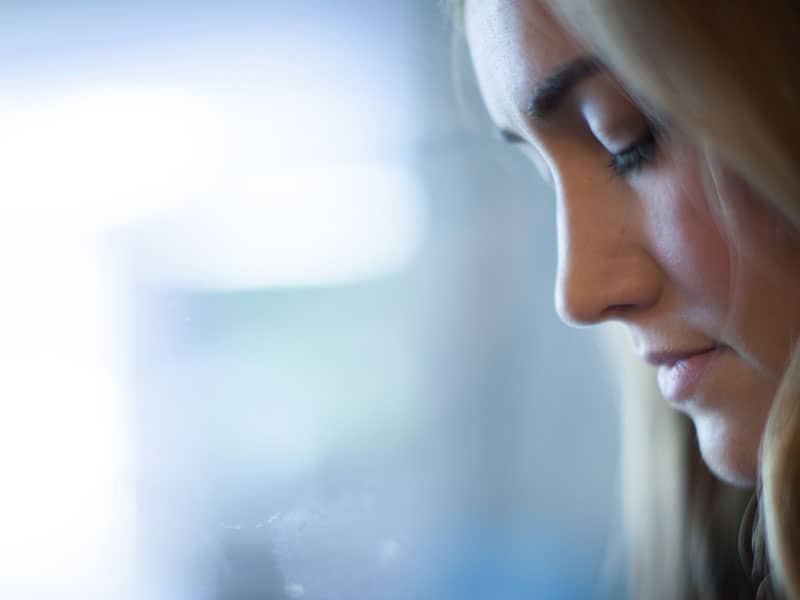 Top 5 Biblical Promises that Banish Fear
Take comfort in these scriptures that help to rid yourself of fear. Read next feature >
Angela Guzman is a Writer at Large for Beliefnet and a contributor for the Huffington Post.

More from beliefnet and our partners
Angela Guzman