Drugs Are Natural Why Can't You Partake?

Is smoking marijuana a sin?

A former friend use to joke that he smoked marijuana after work with his parents. When questioned, the response was always "It was an herb and herbs were in the Bible." He was presumably trying to quote Genesis, which said that God has given us herbs for the service of man. This line was not bought and despite being young, there was enough sense and knowledge of the Scripture to refute the argument at the time. Calling cannabis an herb is far fetched, but more people are favoring the drug. Of course, this is not black and white as pot, as we often describe it, can benefit many people who are unhealthy and terminally ill. Many evangelical Christians vehemently oppose this theory.

But when you know someone suffering from grave pain associated with a disease like cancer, the thought process changes. We can see this in the latest polling as attitudes toward marijuana are becoming favorable due to the research conducted over the years regarding its benefits. American support for legalizing marijuana has risen to 66 percent and currently, 33 million people are currently smoking it. Support for legalizing marijuana use has increased among most subgroups in the past decade, according to Gallup. Support is up "33 percentage points to 77 percent among adults aged 18 to 34, while it is up 16 points among adults aged 55 and older to 45 percent." Not all drugs are considered herbs. There is heroin, crack, cocaine and other narcotics, which poisons the body and the mind. Where are we headed when it comes to cannabis? Consider these concepts on the subject.

Poisonous drugs are denounced in the Bible.

The use of poisonous drugs is not supported in the Scripture. The Bible warns against becoming drunk and succumbing to addictive behavior. We are told to "Not get drunk on wine, which leads to debauchery. Instead, be filled with the Spirit." The Bible does encourage us to use the seeds and herbs because they were created and blessed by God. Is hemp proper for Christians to use for medicine then? According to some, Genesis supports the use of cannabis since it came from the earth. "The earth brought forth grass, and herb yielding seed after His kind, and the tree yielding fruit, whose seed was in itself, after His kind: and God saw that it was good." If medical marijuana helps people who are ill, it's not the same as putting it in the same categories as the aforementioned of cocaine and other noxious drugs.

The American Cancer Society reported clinical trials were performed in treating cancer in humans. "While the studies so far have shown that cannabinoids can be safe in treating cancer, they do not show that they help control or cure the disease." Imagine that your relative or loved one is incapacitated with severe pain, nausea from chemotherapy or from HIV, you would want them to experience relief. Scientists found people who smoked marijuana ate better, slept better and experienced a better mood. People also experienced less neuropathic pain after smoking pot.

There is a misconception about pot.

We've seen the movies on pot heads and them aimlessly going through life just to smoke another joint. Society views this as intolerable, and rightfully so. And yet, the benefits can't be discounted when used correctly, like any other remedy. More doctors believe that medical marijuana should be legalized nationally and that it can deliver real benefits to patients. A push by the Epilepsy Foundation recently called on the Drug Enforcement Administration to relax its restrictions on marijuana so that it can be properly studied. While many doubt that smoking pot can really help people, the barriers are slowly coming down. Former U.S. Surgeon General Vivek Murthy admitted in a CBS interview that there is preliminary data showing that marijuana can be helpful.

Where does the Bible stand?

Most of us know that seeking a doctor for medical treatment is not wrong. Jesus indicated that we should consult treatment because the healthy do not need a physician, but the ailing do. Jesus said, “It is not the healthy who need a doctor, but the sick." God is our healer and He works through researchers and doctors to support us. Perhaps, pot can do the same for some people.

Medical marijuana dispensaries are popping up all over the country and Christians should be cautious about using marijuana as just a fun activity. Just because you're a card-carrying member, doesn't give you license to overindulge. If you smoke it for recreation it's to get high. The Drug Enforcement Agency believes marijuana is “The most dangerous drugs of all the drug schedules with potentially severe psychological or physical dependence. Some examples of Schedule I drugs are: lysergic acid diethylamide (LSD), marijuana (cannabis) and methaqualone (quaaludes).”

Pot is not mentioned in the Bible, but wine is and we were warned about the abuse of it. Smoking pot, like anything else, needs to be monitored and refrained from if you're a believer unless you need it medically. We are encouraged to depend on God and to avoid substances that would prevent this. God wants us to make sober decisions and to not overindulge. Recreational pot is being more accepted and welcomed, but it doesn't mean we shall partake. This also means that when people use it medically, we shouldn't judge them whether it's considered a herb or not.
Corine Gatti-Santillo is a freelance digital journalist, editor, and content producer. She is also the The Christian Post Voices Editor. She is also a former editor at Beliefnet.com. 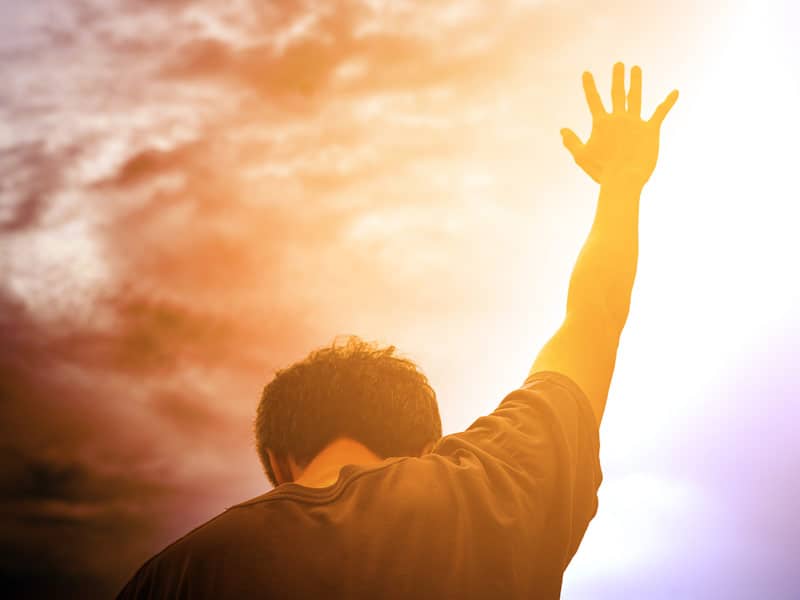