The two don’t have to be mutually exclusive beliefs.

The myth that religious Christians cannot believe in science has gone on far too long. Voices today say that science and religion are polar opposites, and the general public believes the church is anti-science. Within the church, science can often be portrayed as challenging important beliefs. However none of these people look into the positive relationship that Christianity can have with science. Christianity and science do not have to be at war.

What the Bible Says

While the Bible is not considered a scientific textbook, it is accurate when it mentions matters of science. There are many examples showing where science and the Bible actually agree. The Bible contains facts that differed greatly from the beliefs of many people living at the time it was written. When the Bible was written, people didn’t know about things such as the solar system, germs or gravity. God created the universe, and the things in it. Science is the ongoing effort of human beings to understand how God’s creation works.

For example, the universe had a beginning (Genesis 1:1). In contrast, many ancient religious describe the earth as not being created but as being organized from existing chaos. The Babylonians believed that the gods that gave birth to the universe came from two oceans. Other legends say that the universe came from a giant egg. Another example is that Job 26:7 says the earth is suspended in empty space. Many ancient people believed that the earth was actually a flat disk being supported by a giant or an animal.

Myth of Scientific Errors in the Bible

Many are quick to say that the Bible is full of scientific errors. However with further examination of the Bible, this proves to be only misconceptions.

For example, there is a myth that the Bible says the universe was created in six 24-hour days. According to the Bible, God created the universe in an indefinite past (Genesis 1:1). The days of creation described in chapter 1 of Genesis were not given a specific length of time. It could have been what we consider now centuries, or only a few minutes. In fact, the entire period during which earth and heaven were made was also called a “day” (Genesis 2:4).

Another myth is that the Bible says that the sun revolves around the earth. In Ecclesiastes 1:5 it says “The sun rises, and the sun sets; then it hurries back to the place where it rises again.” The statement simply describes the motion of the sun as viewed from someone on earth.

People also believe the Bible says that the earth is flat pointing to Acts 1:8. However that prase says “the ends of the earth” to mean the most distant part of the earth, and does not imply that the earth actually has a flat edge. Likewise, the expression “the four corners of the earth” is a figure of speech referring to the entire surface of the earth; today a person might use the four points of the compass as a similar metaphor (Isaiah 11:12, Luke 13:29).

All Truth is God’s Truth

The phrase “all truth is God’s truth” means that if we understand the Bible and scientific data correctly, they will not contradict each other. God is the author of both spiritual truth and scientific truth.

It can be incredibly easy to misunderstand the Bible as well as science. The Bible cannot be fully understood by humans. Bringing back the example of Genesis chapter 1, it may mean that God created the world in six 24-hour days. It might also be metaphoric, meaning that the "days" of creation represented a much longer period of time as 2 Peter 3:8 says, "With the Lord a day is like a thousand years." The Bible's account might not rule out the possibility that dinosaurs roamed the earth before humans.

Science only seeks to understand the creation that God has made. It does not have to be something that is far removed from religion or never believed in. The Bible gives us clear time where science and faith intersected, and we should be trying to do the same in modern society. Next time you see a rainbow, you can understand that it’s white light hitting tiny water droplets in the air. You can also understand that is part of God’s beautiful creation in nature for us. The rainbow can be a reminder that God love us and created a world for us. 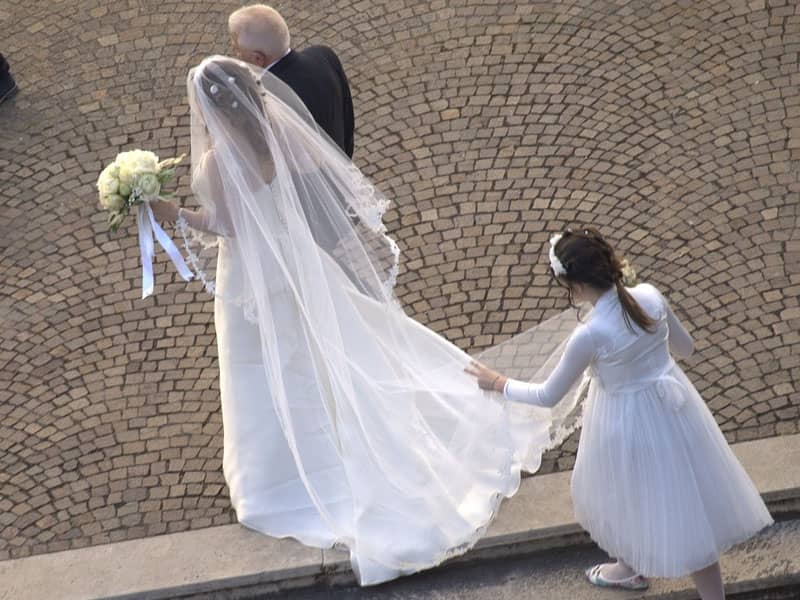 6 Themes For a Truly Unusual Wedding