Beliefnet presents a gallery of stories from women in the Bible such as Eve, Esther, Mary Magdalene, Bathsheba and others, along with the life lessons they teach today's woman.

For centuries they’ve inspired, enlightened, and empowered us. With their unadorned faith, the women of the Bible continue to teach us how to live authentic, God-touched lives. No matter what our spiritual traditions are, we can find ourselves in their stories.

Here are 11 Biblical women whose lives are as relevant today as they were when they were first recorded. 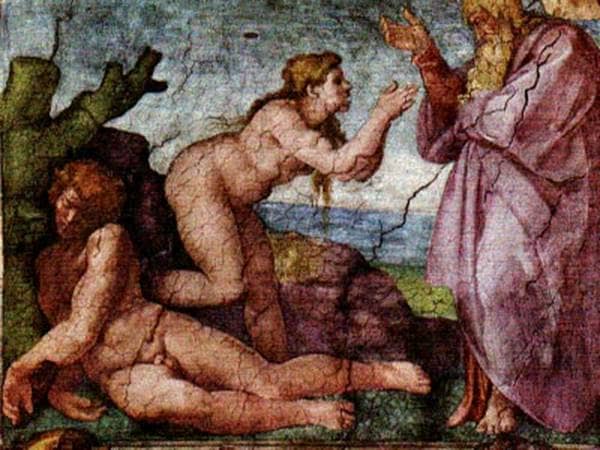 Eve, the Mother of All Living

God created Adam and found him wanting. Enter Eve, formed from Adam’s rib, made of the same raw materials as he, and given the power to choose between good and evil?. In the creation story we find a strong, interdependent Eve, fully engaged with the world around her. She explored the Garden, dialogued with a serpent, decided on the forbidden fruit, and liked it enough to share the experience with Adam.

Eve’s story reminds us that women can be both creative and destructive. She teaches us to weigh our choices carefully, tempering our desires with wisdom. Hagar, the Stranger Welcomed by God

After God promised He would make of Abram a great nation, Sarai, past childbearing age, suggested he impregnate her maid Hagar. Be careful what you ask for. Once Hagar was pregnant, Sarai regretted her scheme, and heaped so much abuse on Hagar that the weary woman fled. There, in the wilderness, the slave, whose name means, “stranger,” received a comforting message. “The Lord has heard you. God has answered you.” Hagar returned to her abusive mistress with a promise that her own son’s descendants would be too many to count.

If you are disenfranchised, despised, or despairing, listen for the voices of angels. You may find your courage is only a prayer away. 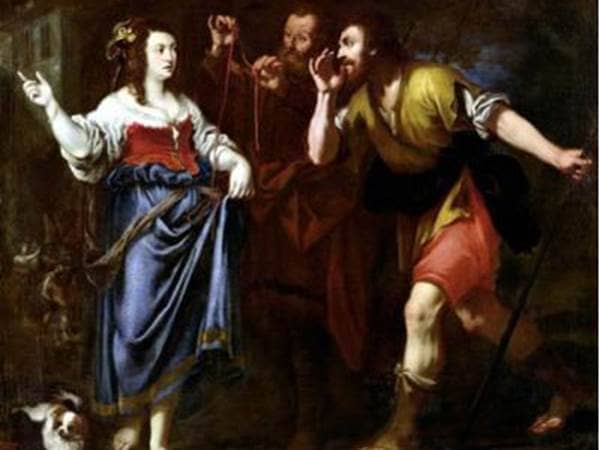 Rahab, a Harlot with a Heart of Gold

Centuries before the tart with a heart became Hollywood fodder there was Rahab’s story. She single-handedly saved two of Joshua’s spies by hiding them, lying to the authorities, and helping the pair to escape. As shrewd as she was gorgeous Rahab knew an opportunity when she saw one. “Swear to me by the Lord, that since I am showing kindness to you, you will in turn show kindness to my family.”

Lest you think her actions were manipulative, consider how offering assistance to the spies put her own life in peril. But Rahab recognized the divine favor that rested upon the men. She boldly asked for and received what she desired. Rahab teaches us to use our wiles effectively and with great love. After all, the life you save may be your own. In a time in which it was improper for a woman to be alone in a house with a man, Deborah sat outside beneath a palm tree and judged Israel. After 20 years of oppression, it was she who summoned the military general Barak to take ten thousand soldiers and storm Mt. Tabor against their enemy Sisera. Barak answered, “If you go with me.” Deborah agreed, but told Barak he’d receive no glory. “The Lord will have Sisera fall into the power of a woman.” This prophecy would have dual meaning, for not only would Deborah be remembered as the real leader of this victory, Sisera would literally fall because of a woman. (See Jael.)

Deborah inspires us to trust our wisdom and instincts and to humbly accept the credit due us. A canticle (Judges 5) is dedicated to her bravery. Her example admonishes us to always remember and respect the power of a woman. Jael, the Ordinary Woman with the Heart of a Lion

When the war-weary, defeated general of Canaanite forces staggered into Jael’s encampment, he couldn’t have known that through her husband the calculating woman had bonds that obligated her to Israel. She sheltered Sisera, hid him, gave him milk when he asked for water, and comforted him until he slept. Then Jael, tiny in stature compared to the fearsome Sisera, murdered him in his sleep, fulfilling Deborah’s prophecy.

Jael’s story lets us know sometimes a girl has to slay the giants in her life, using whatever crude tools are available. Jael’s hands may have been bloodied in the process, but Israel experienced 40 years of peace because of her lion-hearted act. 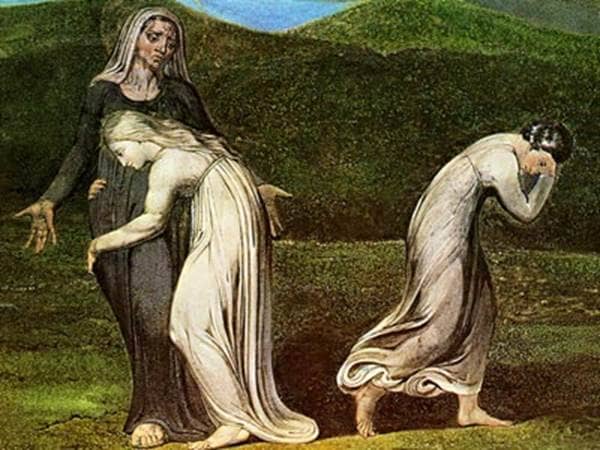 The Book of Ruth

Their names say it all. Ruth, believed to be a short version of “retut,” or lovely friend, was the widowed daughter-in-law of Naomi. Naomi, also a widow, was exiled from Moab because of a famine and had returned to Bethlehem after the death of her sons. She told old friends, “Call me Mara, for the Lord has made it very bitter for me.” What Naomi missed is the sweetness of a special gift: Ruth. Naomi had released her grieving daughters-in-law to return to their people, but Ruth declared, “Your people shall be my people, and your God my God.”

Fortunately for Ruth, Boaz, a close friend of Naomi’s husband’s family, noticed her charms and blessed her. That got Naomi’s attention, which goes to show you: a lovely friend can turn the heart of a bitter women. Naomi hatched a successful plan to bring her kinsman, Boaz, and Ruth together. The couple later had a son, Obed, the grandfather of David. Ruth disappeared from the story, only to be remembered later as one of four women named in Matthew’s lineage of Jesus.

Ruth’s lesson to us? Steadfast love and loyalty may just lead you into a glorious destiny. 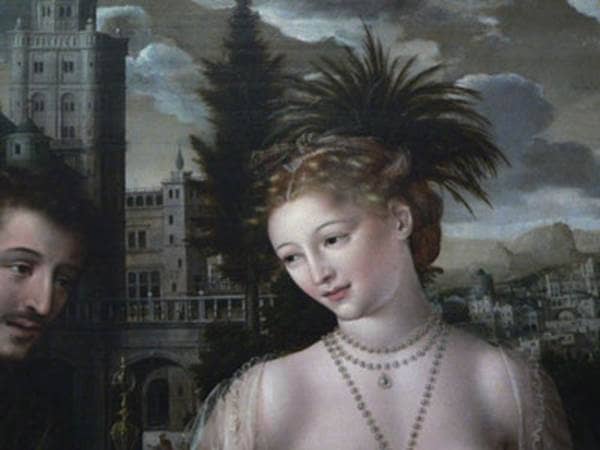 Beautiful Bathsheba, wife of Uriah, bathed on her rooftop while the king of Israel watched in secret. The country was at war, and David should have been with his men, but the king had grown more self-indulgent in his mature years. He had no qualms about sending for another man’s wife, simply because he lusted for her. And Bathsheba didn’t hesitate to go to him. The king and Uriah’s wife shared a night of passion, but not without consequences. Bathsheba became pregnant, and David had her soldier- husband killed. The prophet Nathan pronounced judgment upon the king. “Thus says the Lord, ‘I will bring evil upon you out of your own house.’” The child Bathsheba carried died a week after its birth.

But God had mercy on the couple. Though they’d continue to have trials, God blessed the pair with Solomon. Bathsheba would be remembered not only for her early indiscretion, but also for her wisdom and leadership as Queen Mother. She teaches us that mercy can be the beginning of a brave new life, and that we all must carry our grief, release it, and live again. The Book of Esther

Esther was a simple orphan, raised by her cousin Mordecai, until she decided she was destined to be royalty. Hiding her Jewish identity, she became a harem contestant, and after a year of spa treatments, emerged a stunner. The king may not have been bright, but he knew how to pick a beauty queen. Smitten, he rewarded Esther with a crown. It was good to be Esther until a tip from Mordecai forced her into action. The king, who led more by whim than wisdom, was convinced by his evil minister Haman to kill all Jews. Mordecai begged Esther to intervene, even though an unsummoned appearance before the king could be deadly, even for queens. But Esther knew she had to act on behalf of her people. “If I perish, I perish,” she said. In the end her wisdom prevailed, and her bravery saved her kinsmen.

Esther reminds us to be imaginative, as well as courageous. We don’t always have to fight to get what we want; sometimes we just have to outwit our adversary. 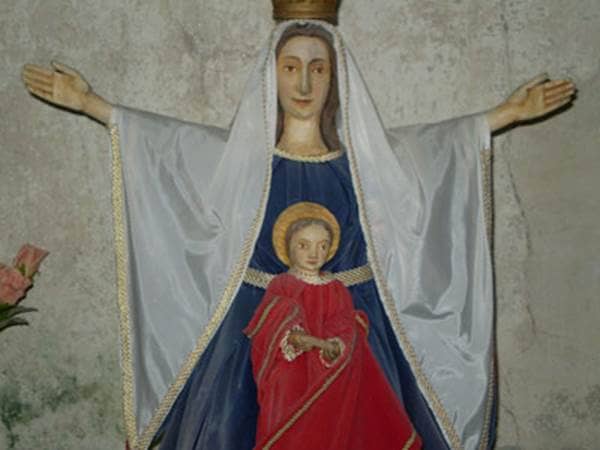 Mary, the Mother of Jesus

Much has been said about accepting Jesus as the personal savior, but no one accepted him in a more personal way than Mary, his mother. She literally “fleshed out” the unthinkable: Immanuel, God with us. The Scriptures tell us that the young virgin, betrothed to a carpenter, Joseph, was granted a very special favor. “You will conceive in your womb and bear a son, and you will name him Jesus. He will be great, and will be called the Most High. The Lord God will give him the throne of his ancestor David… and of his kingdom there will be no end.” What is most notable is not the miraculous visitation, it’s that she said an unprecedented “Yes."

Mary was the first disciple of Christ. She had to believe in him before anyone else. Her faith in Jesus was not a product of her extraordinary actions. It was a gift. Her lesson to us is that we must let go of the notion that we create faith based on our works. God gifts us with faith, which makes our good works possible. 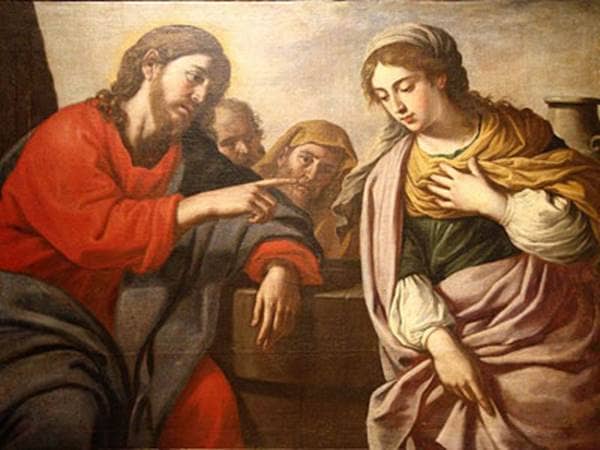 Photini, the Woman at the Well

Like Jesus, the Samaritan woman came to the well thirsty. Jesus wanted to quench his bodily thirst; so did the woman, but the story hints at deeper layers of meaning. Perhaps Jesus thirsted for souls, and the woman for at-long-last love. “Give me a drink,” Jesus said, a scandal; Jews were forbidden to share anything in common with unclean Samaritans. When she questioned him he replied, “If you knew the gift of God, and who it is saying to you, ‘Give me a drink,’ you would have asked him, and he would have given you living water.”

Living water must have sounded good to the ex-wife of five, now shacked up with a sixth paramour. She took a long, deep drink, never to thirst again. Photini became one of Christianity’s earliest evangelists, telling everyone she knew what Jesus had done. She teaches us that no matter how parched our dry soul places, love can make a surprising appearance and quench all our thirsts. 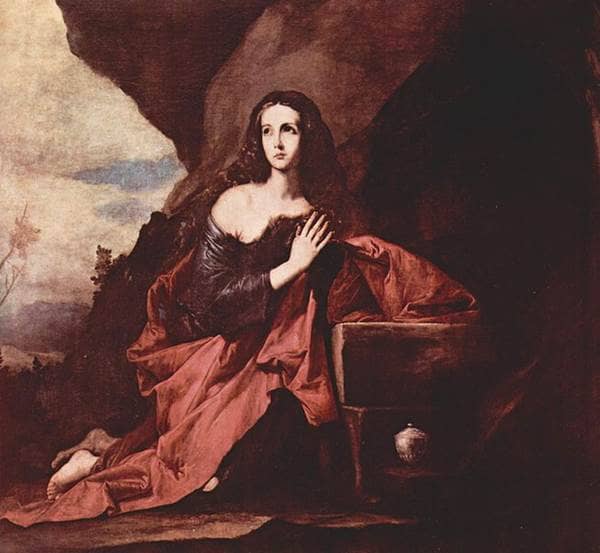 Poor Mary Magdalene. St. Gregory the Great ruined her reputation suggesting she was a prostitute. Scholars have since rejected his thesis, and today Mary Magdalene is seen as one of Jesus’ most powerful allies. Sure, he may have had to cast seven demons out of her, or at least healed her of an undisclosed illness, but the grateful woman of means in turn led his female disciples and offered Jesus financial support. The four Gospels cite Mary as following Jesus to the end of his life, while his male disciples scattered. It was she who was brave enough to go to the guarded tomb of a convicted felon and chat with angels, and she who first encountered the risen Christ. She became the Apostle to the Apostles, when she ran, not walked, to the men by proclaiming the good news, “I have seen the Lord.”

With Mary as our example, we can follow our passions with everything within us, fearlessly, no matter what obstacles we encounter. 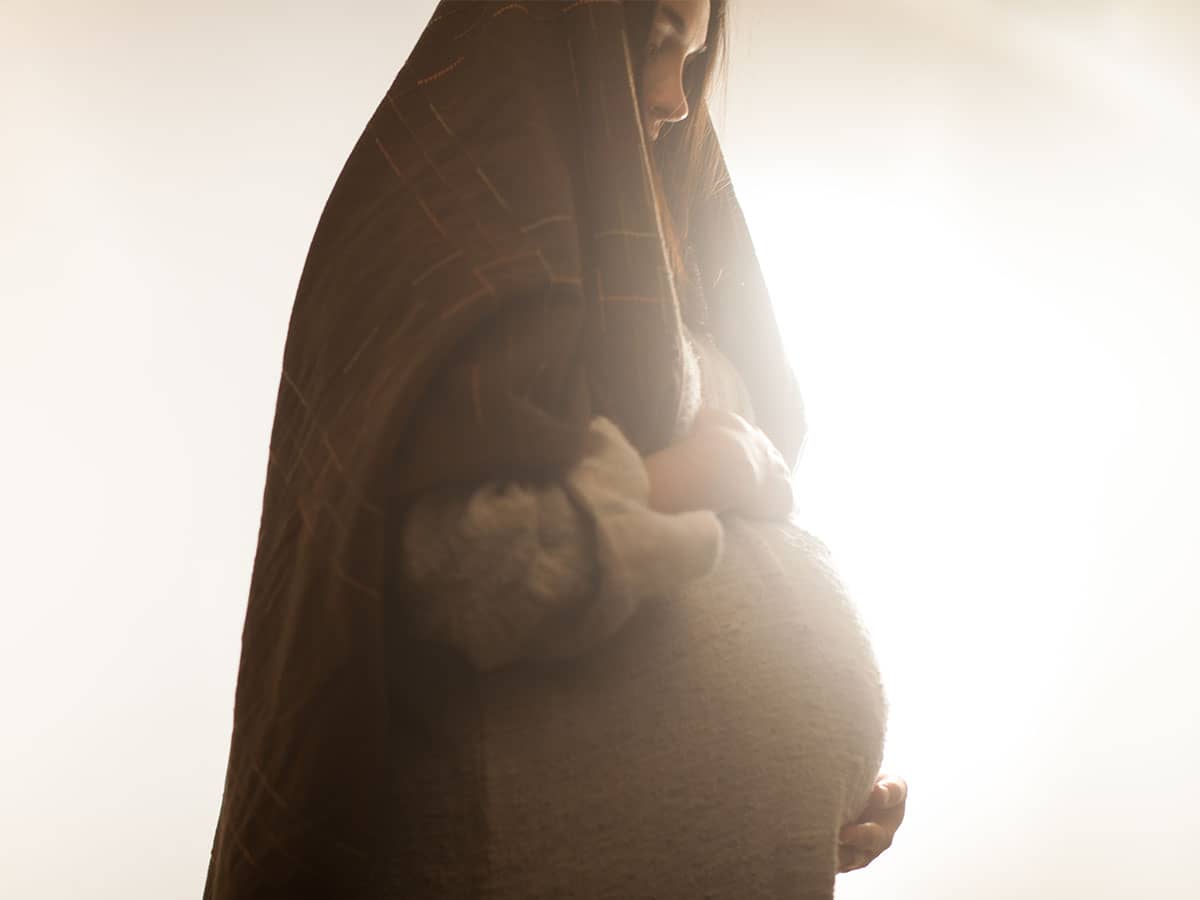 6 Fascinating Facts About Mary, Mother of Jesus
Here are some of the most fascinating facts about one of the most famous and beloved religious figures in our history – The Virgin Mary. Read next feature >
Claudia Mair Burney is the author of novels "Zora and Nicky: A Novel in Black and White" and "Wounded: A Love Story", as well as the "Amanda Bell Brown Mysteries" and "The Exorsistah" series for teens. Images courtesy of WikiMedia Commons.