Yes or No: Should Christians Celebrate Passover?

Should Christians celebrate one of the Jewish religion’s most sacred and widely observed holidays? Read more here. 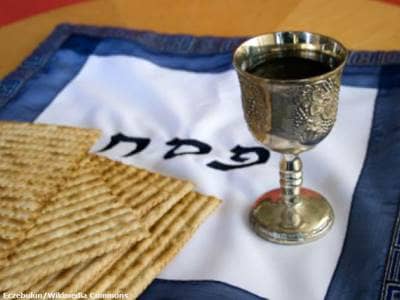 The celebration of Passover by Christians has been a great topic of debate in Jewish and Christian circles. Before taking your stance, it’s important to understand what the Passover is. The first of God’s seven annual festivals is the Passover (Leviticus 23:5). This falls in early spring in the Holy Land. The celebration of the Passover is in remembrance of the time in Israel’s history when the Lord moved through Egypt destroying the firstborn of all animals and people. This is described in great detail in the Old Testament in Exodus 11 and 12. The Israelites had been slaves in Egypt for hundreds of years. God commissioned Moses to lead the Israelites out slavery and out of Egypt but Pharaoh refused to let them leave. Though Pharaoh told his servants that he would release them, He never followed through on His promises and God took action. The plagues were God’s judgment in action on Egypt as a result of Pharaoh’s refusal to release “the children of Israel,” God’s people.

The Passover references the final of the ten plagues God placed upon Egypt as a way to force Pharaoh to let the Israelites leave the country and their enslavement. The final plague was death of the first born, the most horrific of the ten. The Bible tells us at around midnight one night, all the firstborn children of the Egyptians began to die, including the first child of Pharaoh, which was the highest position in Egyptian society, and the first child of the maidservants, which was the lowest occupation in Egyptian society. The Israelites were commanded by God to take the blood of a male lamb that was without blemish, and smear it on the doorposts of their home. When the Lord saw the blood, he would “pass over” that house. This foreshadows the coming of Jesus, the spotless lamb of God whose blood would cover our sins for those who believe in Him. God’s judgment passed over believers who honored His command. Since that night, Jews have celebrated Passover in remembrance of God’s grace to them.

There has been great interest in adapting the Passover festival to Christianity. One of these organizations includes Jews for Jesus. This group has promoted Christian Passover services in an effort to retain their cultural heritage, while also professing their Christian faith. They’ve even created a resource called Christ in the Passover, a visual demonstration that shows the link between the ancient Festival of Redemption and Christ as the Lamb of God. It begins with a table set with traditional Passover items. Through a Jewish Passover seder, the visual weaves the story of the Exodus together with the life, death and resurrection of Christ. Many churches that use this resource finish the presentation by celebrating communion, enriching the church’s communion experience. This has also been a means to communicate to Christians the value of their religious heritage, and a unique way to bring the story of salvation to life.

While Jewish and Christian leaders, both in history and present day have offered considerable objection to the observance of the Passover, it’s important to turn to the Scripture for the answer. It is written in the Bible “Because of Christ our Passover has been sacrificed for us; therefore, let us observed the festival [Passover and Unleavened Bread]…with the unleavened bread of sincerity and truth” (1 Corinthians 5:7-8). This was written directly from a Christian apostle who was still a Jewish rabbi, and it was given to Gentiles. The Bible points to the celebration.

In terms of how Christians should celebrate the Passover, the Bible also gives us an answer. We can turn directly to Jesus for it. Jesus celebrated the Passover with His disciples in the traditional Seder that were prescribed in His time by the sages. This was the order which He employed in the Last supper. Paul gives us the liturgical order for recognizing Jesus’ sacrificial death in the Passover celebration. The Bible tells us: “For I received from the Lord what I also passed on to you: The Lord Jesus, on the night he was betrayed, took bread, and when he had given thanks, he broke it and said, “This is my body, which is for you; do this in remembrance of me.” In the same way, after supper he took the cup, saying, “This cup is the new covenant in my blood; do this, whenever you drink it, in remembrance of me.” For whenever you eat this bread and drink this cup, you proclaim the Lord’s death until he comes.” The Lord’s supper occurred in a Passover seder. Communion represents the final Passover.

While it is not a requirement for Christians to celebrate the Passover, it is beneficial to understand and celebrate the Passover if it leads to a greater understanding and appreciation for the life, death and resurrection of Jesus Christ. Christians who observe the annual memorial marking of Jesus’ death are reminded that eternal life only comes through Him. It is also a great reminder of His deliverance of us from the bondage of sin. Jesus’ sacrifice is the starting point of salvation.