Do we need a government mandate to pray (in school, at work, or in Congress), give, or exhibit love? Not if we take seriously the example of Jesus. 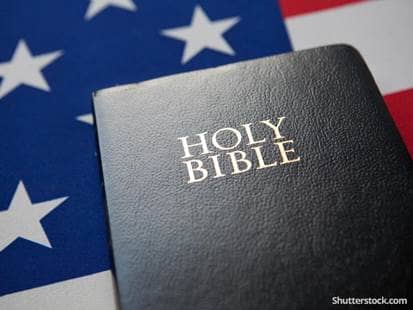 Arguing with people rarely produces a result acceptable to either party, so, when an acquaintance and I stared “discussing” the definite need (her opinion) or non-necessity (mine) of prayer in public schools, I actually wound up taking the high road by smiling, nodding, and shutting up. I didn’t even leverage a parting shot.

Christians Are Being Distracted
Prayer in school is one of those side issues distracting Christians from pursuing the real thing, and it is yet another call to political action that foments anger, encourages dissent, and reinforces the world’s impression that Christians are harsh, insensitive, and constantly operating on the defense. We hate homosexuals. We hate Muslims. We hate left-leaning liberal, licentious libertines who stomp on the flag and say bad things about former President Reagan.
My opponent’s argument goes like this:
“Back when I was a child, there was prayer in schools and this country was God-fearing and righteous. The reason we have so many problems now is because we’ve outlawed things like prayer in schools!”
Mine looks more like this:
“Congress opens its sessions with prayer. Words uttered by people who don’t know, believe, or follow God will not magically result in a Christian nation.”

Imposing Group-Think
Ultimately, our viewpoints differ upon whether we impose Christianity onto our culture, using legalized group and peer pressure or whether we believe that Christians, though we are part of a body, are also individuals, and it is through our individual decisions and actions, under the guidance of God, that we season the stew in which we live.
When we accept the former, then our plan of action is clear: we write letters to our representatives, we fund politicians who believe the way we do, we send money to televangelists, celebrity Christians, and conservative commentators (who helpfully write books) who pound the pulpit or desk and announce God’s coming wrath upon us as a nation because we are evil and He must punish us. In other words, we look for solutions through the very places causing the problem: our political, educational, corporate, religious celebrity and media systems. 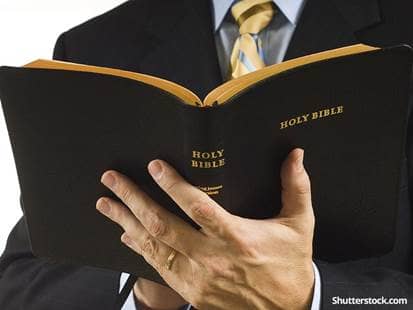 And while there is nothing wrong with speaking up and using the processes at our disposal, there’s something naive about looking for the ultimate answers through them:

Jesus’s Way Looks Different
“All who draw the sword will die by the sword,” Jesus told Peter (Matthew 26:52) when the latter sliced off the ear of the servant of the high priest. No, this does not mean that we lie down and let people step on our faces, nor do we stop writing letters to the editor (more effective than any note to our Congressman) but more importantly, it means that we do things differently, and following Christ’s — really really narrow —  path definitely looks different.

In the case of my worthy verbal opponent, she does powerful things in Christ’s name, although I’m not sure if she realizes it:
She goes to the local nursing home, regularly, and manicures the hands of the residents.
I’ve seen the results of this: women who, 20 minutes before, looked tired and old and dispirited and beaten, emerge with a smile, a lifting of the head, as they hold out their hands and admire the beauty. It is a small, seemingly insignificant thing, but in the life of a human, no gesture that reminds a daughter of God that she is precious, or a son of God that he is valued, is wasted or void.

Little, Individual Actions, Added up, Make a Big Impact
My worthy opponent gives her time and skills to help people about whom the majority of society does not care: they’re just going to die, you know, and their useful life is over. But not in the mind of my worthy opponent, who is also, more importantly, my sister in Christ.

And there’s another thing my sister in Christ does: she shares her financial resources with others, her extra cloak, so to speak, she gives to another, and there is a 10-month-old baby in the Philippines who is not malnourished because my library friend found out that his family couldn’t afford to feed him enough, and she sent the money needed. And while on an obvious surface level this gesture won’t go far in shaping the politics of a nation, it sure made a difference in that baby’s life.

One by One
It’s a one by one thing, you know, how we Christians make a difference. In the same way that our very relationship with God is on a direct, individual basis, so also is our interaction with the world: we interact, one by one, with individuals throughout the day, and how we speak, what we say, that we listen, and we give — these make a difference, one far greater and more impacting than a televised debate between a creationist and Bill Nye, the Science Guy, or a presidential debate between a liberal atheist Democrat (are all Democrats atheists, and all Republicans Christian?) and his or her “godly conservative opponent.” 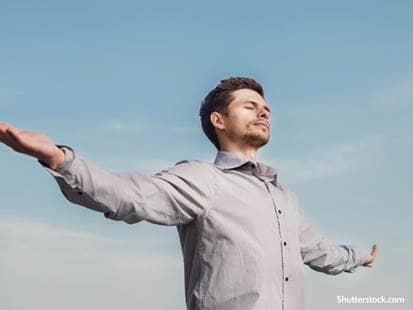 We are the light — not the president, not the prime minister, not the senator or representative or CEO or cabinet minister or sheriff, any of which, if they are truly Christian, have their own work to do.

But it is not more important than ours, and we do not need a government mandate to pray (in school, at work, or in Congress), give, or exhibit love. We just need to take seriously the example of our Eldest Brother, whose every action wrapped around doing the will of His, and our, Father.

Carolyn Henderson is a faith columnist for Beliefnet. Visit her column Commonsense Christianity .