Why is the Bible a Target in Our Schools?

Mounting pressure from anti-religious groups and individuals has made it difficult to passively pass out Bibles, allow children to read their Bible in schools, or even pray. 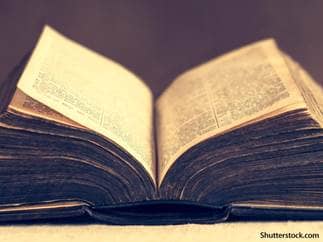 Mounting pressure from anti-religious groups and individuals has made it difficult to passively pass out Bibles, allow children to read their Bible in schools, or even pray. There are scores of reports of children being reprimanded for praying and reading their Bible at lunch time. We live in a democracy that allows freedom of expression and religion, if you don’t believe in the Bible or any religion, that is anyone’s prerogative, but don’t infringe on those who do—especially kids. You remember saying the pledge of allegiance in school without any repercussions?

Now, we live in a society that is politically correct, saying the name “God” is frowned upon. Freedom from Religion Foundation touted a 2014 decision by Orange Country schools in Florida to prohibiting team chaplains from promoting Bible verses on signs, uniforms, or praying before a sporting event.

The atheist group believes it’s a violation of the First Amendment, which states:

“The First Amendment (Amendment I) to the United States Constitution prohibits the making of any law respecting an establishment of religion, impeding the free exercise of religion, abridging the freedom of speech, infringing on the freedom of the press, interfering with the right to peaceably assemble or prohibiting the petitioning for a governmental redress of grievances.”

When did freedom of expression violate the First Amendment?

Recently, the FRF sent a letter to the University of Florida in Gainesville for adding a Bible verse to the business school building, based on Micah 6. Another story surfaced in Tennessee. Horace Turner is known as the Bible man, and been sharing the book with elementary kids for over 30 years. Attendance was not mandatory for the students, but voluntary if they wanted to attend the shows.

Turner was banned from holding this activity after one mother claimed it was unconstitutional.

Apparently, one teacher in a Marshall, Missouri Middle school felt the same. Loyal Grandstaff was instructed by his teacher he couldn’t read his Bible during free time.“I was just reading, just reading because I had free time. A time to do what I wanted to, so I just broke it out and read,” Grandstaff told Fox4KC in January, 2015. So it’s wrong to read the Bible during free time? Yes, said one Florida teacher ordering her student to put a way his book after instruction the class to read anything they wanted.

“I noticed that he has a book, a religious book–in the classroom. He’s not permitted to read those books in my classroom,” Swornia Thomas said on a voicemail after the incident. “The school’s actions exemplify the hostility to religion that the U.S. Supreme Court has condemned,” said Liberty Institute Director of Litigation, according to published reports.

The Bible is the most contested book ever written. It has been banned, destroyed, burned, and forbidden in over 50 countries. People should be able to read the Bible or pray during their free time, banning such actions makes us no different from other totalitarian governments.