A religious work with no expiration date. 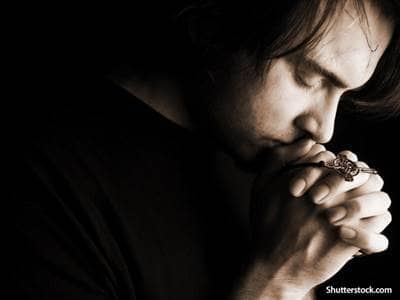 “[To have Faith in Christ] means, of course, trying to do all that He says. There would be no sense in saying you trusted a person if you would not take his advice. Thus if you have really handed yourself over to Him, it must follow that you are trying to obey Him. But trying in a new way, a less worried way. Not doing these things in order to be saved, but because He has begun to save you already. Not hoping to get to Heaven as a reward for your actions, but inevitably wanting to act in a certain way because a first faint gleam of Heaven is already inside you.” –C.S. Lewis, Mere Christianity.

Mere Christianity, C.S. Lewis’ eloquent and winsome defense of the Christian faith originated as a series of BBC radio talks broadcast during the dark days of World War II. Those talks, which were collected together in 1952 to form a book, would become one of the most widely read presentations of essential Christianity every published. Decades after the end of World War II, the book is not only beloved, but extraordinarily influential. Here we explore why C.S. Lewis’ "Mere Christianity" still speaks today inspired on the book “C.S. Lewis’ Mere Christianity: A Biography” by George M. Marsden.

“The Best Case for the Essentials of Othordox Christianity in Print.”

In 2000, Christianity Today took a poll on the century’s most influential books, reaching out to more than 100 contributors and church leaders to nominate the 10 best religious books of the 20th century. “Significance” in this poll was defined spoke not only to importance when first published but also enduring significance for the Christian faith and church. "Mere Christianity" was the book nominated most often. This book was described as “the best case for the essentials of orthodox Christianity in print.” Lewis believed that theology should be accessible to any Christian, and his writing, particularly "Mere Christianity" addresses significant theological issues and invites readers to explore a greater depth of faith. Many Christians from a variety of church backgrounds note the influence of this book on their own conversion and understanding.

Lewis explains in the preface of the book that he is only writing to defend “mere” Christianity – the core of the religion, the beliefs common to all denominations. His presentation was not only diverse but consistent, openly presenting his faith to a modern audience. If you’re not familiar with Lewis’ story, he grew up in a Christian home, but abandoned his faith a young age and became a self-professed atheist. He had many objections to Christianity and was only able to return to Christianity when these objections were answered. He was then able to answer the objections of others with the answers he discovered. Lewis explains in “Mere Christianity”: “My argument against God was that the universe seemed so cruel and unjust. But how had I got this idea of just and unjust? A man does not call a line crooked unless he has some idea of a straight line. What was I comparing this universe with when I called it unjust?” Lewis is presenting his faith to us, and throughout the book effectively translates theology into ordinary speech, which allowed the book to resonate across a larger audience, an audience who was better able to digest those themes when written in ordinary language. Many people familiar with his fiction work and the underlying and overt religious themes found in these books. His nonfiction books are just as effective, addressing significant religious themes that so many of us have questions about. We learn from “Mere Christianity” that it’s ok to have questions about faith, and we can discover these answers when we change the way we view things. We also see the importance of seeking truth and the power sharing your belief in Christ can have.

Lives Were and Continue to Be Changed By It

The growing popularity of the “Mere Christianity” had a lot to do with the individuals whose lives were changed by it. In Marsden’s book “C.S. Lewis’ Mere Christianity: A Biography” he explains, “One person whose faith was initiated or renewed by the book would share the enthusiasm with friends, some of whom would similarly find it helpful and recommend it or give it to friends.” He writes in detail about Chuck Colsen, a special counsel to U.S. President was a one of the leading figures implicated in the Watergate Scandals that would end Nixon’s presidency. As his life was falling apart, Colson was encouraged by Tom Phillips, chairman of the board of the Raytheon Company to “accept Christ.” He then handed him a copy of "Mere Christianity" and urged him to read it, particularly the chapter from Christian Behaviour titled “The Great Sin”. Lewis began the chapter: “There is one vice of which no man in the world is free; which every one loathes when he sees it in someone else, and of which hardly and people, except Christians, ever imagine that they are guilty themselves.” Lewis said that he knew people who readily admitted other vices but “I do not think I have ever heard anyone who was not Christian accuse himself of this vice…There is no fault…which we are more unconscious of in ourselves. And the more we have it in ourselves, the more we dislike it in others.” Here, Lewis was speaking to a vice called “Pride or Self-Conceit.” In his continued conversation on pride, Lewis said pride “has been the chief cause of misery in every nation and family since the world began.

” Colson said these words “seemed to pound him straight.” He focused on the thesis of Lewis’s book “Jesus Christ is God,” and in time, after wrestling with some issues, he began to accept that Jesus is “Lord of my life.” He offered a prayer of commitment: “Lord Jesus, I believe you. I accept you. Please come into my life. I commit to you.” The next year, he was indicted for obstruction of justice, pleaded guilty to some of the charges and served several months in prison. Though he was at what many would have considered his lowest point, Christ was in Him, and he was able to reflect Christ in his life. He became a leading champion of prison ministry and prison reform. He even wrote a book about his conversion “Born Again.”This book, and Mere Christianity that stood in the center of his conversion, attracted a wave of publicity, encouraging those who may be open to seeking Christian faith to do so.

The themes and messages in “Mere Christianity” not only spoke to the audience during the time of publish and distribution, but very much so to people exploring their faith today. The reason it still speaks today is because it answers so many questions people have related to faith by offering invaluable, timeless insight in a relatable way. Though the book has its critics, his case for Christianity still has ardent admirers today because of this reason.