What We Can Learn from the Miracles of Jesus

Jesus performed astounding miracles during His earthly ministry. Here’s what we can learn from them today. 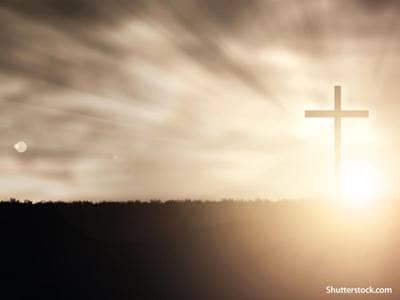 There are many miracles of Jesus recorded by the Disciples throughout Scripture. From healing the sick, to curing the blind, each miracle is associated with specific teachings that reflect the message of Jesus. Through these miracles, we are not only able to see that Jesus had the ability to heal and do wondrous things, but also how God is still at work in our lives today.

Jesus performed thousands of miracles during His earthly ministry and the Gospels recorded at least 37 detailed miracles. The largest group of miracles mentioned in the New Testament involved cures. Matthew 4:24 tells us “They brought to [Jesus] all who were ill, those suffering with various diseases and pains, demoniacs, epileptics, paralytics and he healed them.” Sick and broken people came to Jesus not only from Israel, but throughout the surrounding nations to be restored to new life. Many Christians are familiar with the story of Jesus healing a woman in the crowd. Matthew 9:20-22 tells us “Just then a woman who had been subject to bleeding for twelve years came up behind him and touched the edge of his cloak. She said to herself, “If I only touch his cloak, I will be healed.” Jesus turned and saw her. “Take heart, daughter,” he said, “your faith has healed you.” And the woman was healed at that moment.” This woman challenged Mosaic Law, which said that women who were ceremonially unclean weren’t allowed to touch anyone, so the thought of her touching the Son of God for many would be unthinkable. But when this nameless, bleeding woman heard there were was a man who’d “healed many who had various diseases” she traveled 30 miles on faith alone, believing that if she could just be in His presence, she could be healed. We are told in Mark 5:27 that when she saw Jesus, she approached him quietly and touched his cloak. According to law, this would have made Jesus unclean but through God’s grace, the bleeding immediately stopped. Without a word, look or touch from Jesus, she was instantly healed simply through believing. Despite physicians being unable to relieve her from her suffering, she believed she could be well again with the help of Jesus, and recognized Jesus as the true physician. We see through this account that we can find healing through steadfast faith.

The apostle John tells us in John 21:25 that “Jesus did many other things as well. If every one of them were written down, I suppose that even the whole world would not have room for the books that would be written.” (NIV) The Gospel of Matthew mentions several times throughout the book that all were healed by Jesus, not just a few. We are told that Jesus cured many simply by saying a few words. There is no question that Jesus was committed to healing a broken world and there was great power that shined through His presence. However, Jesus acknowledged that He could not perform the miraculous on His own. Acts 2:22 tells us that “Jesus of Nazareth was a man accredited by God to you by miracles, wonders and signs, which God did among you through him, as you yourselves know.” Jesus could not have performed any of these miracles without God or the presence of the Holy Spirit working through Him. Jesus gives all credit to His father, never taking away from God’s power, declaring “But the Father who dwells in Me does the works” (John 14:10)

These powerful acts of Jesus reflect how God was alive and active then and is still alive and active today. Jesus’ compassion is real. God’s love is real, and His hope is to heal and restore us. Jesus’ ability to heal and perform wondrous things was astonishing, but were not performed for shock factor, but to transform our minds, and our understanding of the power of God at work in our lives. Jesus performed these works because of his compassion and love for us.

He was focused on the welfare of those around him and still is today. In the case of a leper who approached Jesus, accounted in the book of Mark he desperately cried out to Jesus on his knees, “If you are willing, you can make me clean.” (Mark 1: 40). In that moment, Jesus was filled with compassion. “He reached out his hand and touched the man. ‘I am willing,’ he said. ‘Be clean’ and immediately the leprosy left him and he was cleansed.”(Mark 1:41-42). This was another example of His empathy, which was so strong that He used his God-given abilities to perform miracles and help people in need. Those who believe in the witness of these miracles also believe in the power of the Holy Spirit to also transform us when we are physically, spiritually and emotionally broken. While we are not in a position to touch the cloak of Jesus, we know from the story of the bleeding woman, along with other miraculous accounts, that living by faith has transformative power. When we believe in this, no matter what trials we face, what sickness we encounter, or what trial we are going though, we know that nothing will be impossible with God.
Lesli White is an Editor for Beliefnet.com