In the book of Acts the Bible describes the first church model of the earliest believers. There was an overwhelming sense of community, love, and oneness. Does today’s church look like theirs? 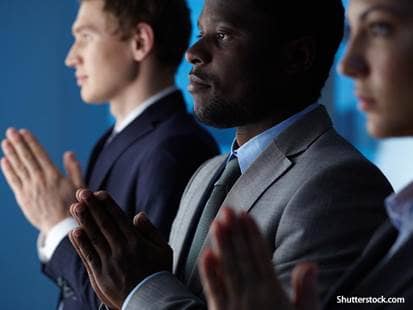 “They devoted themselves to the apostles’ teaching and to fellowship, to the breaking of bread and to prayer. Everyone was filled with awe at the many wonders and signs performed by the apostles. All the believers were together and had everything in common. They sold property and possessions to give to anyone who had need. Every day they continued to meet together in the temple courts. They broke bread in their homes and ate together with glad and sincere hearts, praising God and enjoying the favor of all the people. And the Lord added to their number daily those who were being saved.” (Acts 2:42-47).

When we’re first introduced to the church in the book of Acts, it appears the first believers were devoted to the apostle’s teaching, breaking bread, and sharing life with one another. Clearly there’s a biblical outline that applies to the church today on what the church was actually meant to look like. The practices highlighted in the book of Acts shows that believers were an integral part of each other’s lives. If they had a need the church would step in to provide for it, even if it meant sacrificing some of their own personal needs.

The main difference between the church then and now is that today we associate a building or physical space as tied to the identity of what the church is to be. Christians of the Acts 2 Church were the church. The buildings they met in were each other’s homes and public meeting places. The church was known as a group of people who shared a belief but also had a oneness of mind and heart.

So what does real church look like? It’s sacrificial, it gives up its own agenda for the sake of harmonious unity, and is unafraid to live life in conjunction with others. Fellowship and discipleship are the habits that have to routinely become a part of the church. God is not calling the church to be a building but a body. The church functions as a living and breathing body that demonstrates the love of God in the Earth. Every church should take the time to study the first church and let that be the meter stick. Do you simply spend time getting to know other people at your church or are Sundays usually a flood of drive-by “hellos and hugs.”

Real Church is intentional, sometimes inconvenient, and uncomfortable but real church always means becoming a family. Church is doing life together and mutually encouraging one another to fight the good fight of faith.