The Surprising Beliefs of the Great Theologians of the Past

While all of these theologians of the past held to Christian orthodoxy, they also believed things that are considered controversial and just plain wrong by many Christians today. 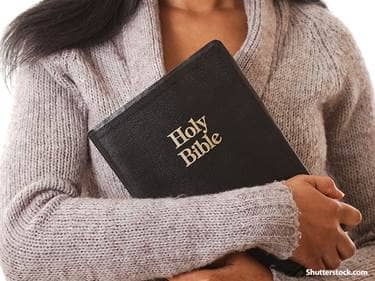 One of the disheartening problems in Christianity today is the uncivil treatment of many Christian people toward one another over doctrinal differences.

Sometimes this treatment can get so bad that it descends into vitriolic name-calling.

For centuries, genuine Christians who believed in the orthodox teachings of the faith as stated in the historic creeds have disagreed - even vehemently - over non-essential theological matters.

In a previous article, Greg Boyd and I argued that the New Testament meaning of the words "heresy" and "heretic" are regularly misused today.

The truth of the matter is that no Christian has a corner on all truth. We are all growing, and this includes correcting our past views when we discover that they were inaccurate.

Perhaps the most powerful example of this -- and one that should provoke all believers to treat one another with grace, civility, respect, and tolerance -- is the long line of movers and shakers of the Christian faith who held to some controversial, and even surprising, beliefs.

While all of these theologians of the past held to Christian orthodoxy, they also believed things that are considered controversial and just plain wrong by many Christians today.

So the point is obvious as it is profound. If the great theologians of the past didn't see everything clearly, then why do we demand that of one another now?

Here's a quick list. For details and sources, scroll down to the bottom and click the link.

* C.S. Lewis believed in praying for the dead. He also believed in purgatory (which is rejected by Protestants).

* Jonathan Edwards believed that owning slaves was NOT incompatible with the gospel. He also believed that the Pope was the Antichrist and that God hates sinners worst than you hate poison.

* John Wesley believed that Mary, mother of Jesus, was a perpetual virgin. He also believed in ghosts.

* John Calvin believed that executing heretics was justifiable. He also believed that the Old Testament capital offense system should still be observed.

* D.L. Moody embraced the leading evolutionist of his day, saying that he was one of the most Christ-like men he knew (this was highly controversial during his time, and many evangelicals will have trouble with it still).

* St. Augustine believed that the purpose of sex was procreation, thus sex - even in marriage - contained lust and was wrong. He also believed that Mary, mother of Jesus, was sinless.

* Martin Luther believed that Jewish people should be persecuted viciously. He also believed that lying in some cases was acceptable to God and that the New Testament books of James, Hebrews, Jude and Revelation should be removed from the biblical canon.

Now don't miss the point. All of these men profoundly impacted the body of Christ for good. However, despite their helpful contributions, they also held to some controversial beliefs that many Christians today would find alarming.

So if you're an evangelical who is also a C.S. Lewis fan or a John Calvin fan or a Martin Luther fan, etc. you should be more tolerant toward those Christians who hold to some beliefs with which you disagree.

Why? Because all of those men held to some wrong views.

Point: We are all in process. We are all growing in our knowledge and understanding. No one, including you, gets it all right.

So tread with grace whenever you find yourself disagreeing with another believer over doctrine or an interpretation of a biblical text. And remember what Jesus said in Matthew 7:12: "Treat others the same way you want to be treated, for this fulfills the Law and the Prophets."

To discover more controversial beliefs of the above theologians, including sources, go to The Shocking Beliefs Series.

Frank Viola has written many books on topics of deepening your relationship with Jesus Christ, including God's Favorite Place on Earth and From Eternity to Here. His blog, Beyond Evangelical, is rated as one of the most popular in Christian circles today. http://frankviola.org/