Is it the End of Christianity in the Middle East?

With ISIS expanding its foothold in the Middle East many Christians are relocating, displaced, or hiding in fear. 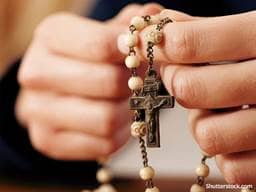 With ISIS expanding its foothold in the Middle East many Christians are relocating, displaced, or hiding in fear. Between terrorist groups, extremist, and government crackdowns on Christianity, numbers of Christians are dwindling.

Christianity's roots are traced back from Jerusalem through the Middle East. The Gospel reached Jordan, Georgia, Armenia, Turkey, and spread to Asia Minor.

During the Middle Ages the message of Christ also expanded through Orthodox Christianity and Catholicism, reaching Europe. It soon became the world’s largest religion, but over the centuries, the pendulum is swinging in favor of persecutors.

The Islamic State of Iraq and Syria is changing the game, with its brutality, forcing Christians into hiding.

The International Christian Embassy Jerusalem reported that the Iraq Christian community is drastically dwindling to fewer than two percent.

ISIS can be traced back from the Sunni and to the Iraq faction, branching out from al Qaeda. They have terrorized, invaded villages, and cities, and have beheaded over 20 people, including Egyptian Christians.

The group spread from Iraq and into Syria, with reported help from Syrian government and President Bashar al-Assad. Syrians are at the mercy of the attacks on towns, and women and child have been kidnapped with over 400,000 believers displaced, and escaping.

The terror group kidnapped 88 Eritrean Christians in Libya, and reportedly took over a power plant in Libya. Egyptian Coptic Christians living in Libya have seen an escalation of arson, violence, and kidnapping by terrorists in Benghazi. Christians in Libya are not the only ones targeted.

The Pew Research Center found that among the 25 most populous countries like China, Indonesia and Pakistan, the government imposed the most restrictions on freedoms of religious practices. Some countries, like Saudi Arabia, women have no rights, and neither do people wanting to attend church or carry a Bible, it’s forbidden. You can only follow Islam.

“Christians have migrated from the region in increasing numbers, which is part of a longer-term exodus related to violence, persecution, and lack of economic opportunities stretching back decades,” the Center for American Progress reported.

Some Christians have joined militias to fight ISIS, like in Syria.