Is it OK for Christians to Seek Angels?

Angels are mentioned in the Bible, but what is the role of angels for Christians in modern day?

Angels are active in our world today, as they were in the days of the Bible. Most Christians do not dispute the idea that angels are real; however the attitude towards angels is often not biblically accurate. Over the thousands of years since Jesus’ death, our society has completely changed the way we view and understand angels. This has been a cause of concern because many Christians have begun to turn angels into false idols. We have romanticized the idea of angels, making them out to be spectacular and beautiful magical beings, and put them on a pedestal to worship. It has become unacceptable for Christian’s to seek out angels. Here is why we should be focusing our attention on God instead.

What is fact and what is fiction?

The Bible is very clear on what an angel is and isn’t, but misinformation has spread about angels that is being taken as truth. For example, in art representations of angels today they can appear as cute, chubby infants. However no angel in the Bible appears this way and they were instead all full-grown adults. When people in the Bible saw an angel their typical response was to kneel in fear and awe, not to reach out and smile at an adorable baby. We have romanticized the idea of angels in more false ways as well. Angels are not glorified human beings, do not have physical bodies, and most have no mention of wings. We cannot even trust every angel, as some have turned to demons and followed under the leadership of Satan.

The Bible teaches us as much about angels by what it doesn’t say. The Bible never tells Christians to study angels or actively seek out their appearance. In Colossians 2:18-19, the apostle Paul actually warns us against those who do attempt to entertain angels. “Do not let anyone who delights in false humility and the worship of angels disqualify you for the prize. Such a person goes into great detail about what he has seen, and his unspiritual mind puffs him up with idle notions.” Those who are humble in regards to angels seem to be conscious of their unworthiness to speak directly to God. However this is not warranted. Instead, it is taking honor that is due to Christ and giving it to a creature. It is an insult to Christ, who is the Head of the church, to use any intercessors but Him in communicating with the Lord.

What does a false idol constitute as?

The Ten Commandments are very clear that Christians should not worship any other gods. A false god is any god other than God as described in the Bible. This god can be just about anything, including money, sex, power or another person. Anything that is worshiped and placed before God in our lives becomes a false god. A false idol is not a statue or photo as this does not make a god. It is what the person believes in that makes an idol or false god. When one becomes wrapped up in praising, worshiping, or admiring a false idol, they soon lose all connection they have with the true Holy Spirit. Therefore, to worship and pray to angels would be breaking a commandment from God.

In the Bible, there are examples of angels rejecting Christians from worshiping them or praying to them. In Revelation 22:8-9, the apostle John states “I fell down to worship at the feet of the angel…And he said to me, ‘Do not do that; I am a fellow servant of yours and of your brethren the prophets and of those who heed the words of this book; worship God.’” Ultimately, prayer is an act of worship that should only be given to God because only He is truly worthy of such praise (Matt 4:10, Luke 4:8).

It is important that Christians do not call on or pray to an angel for guidance, deliverance or the like. To do so will open them up for spiritual deception. According to the Bible, we should only be calling to God. We are only to trust in God and never in an angel. To pray to an angel is to take away from our faith in the Lord.

How does our belief in angels affect our faith?

If you believe in a romanticized view of angels and idolize them, it will affect your faith negatively. When a Christian searches out for an angel, it is taking away time that they could be spending increasing their faith in the Lord. Instead of devotions, reading scripture, or journaling about their relationship with God they are seeking a false idol.

Many Christians claim to have been saved through the actions of an angel, whether it is from a car wreck or near-death experience. While it may be true that the actions were through an angel, the angel works for God. So when they were saved—even if it was through the actions of an angel—it was at God’s command. But many Christians focus their gratitude on the angel, and not towards God. This continues to degrade their personal relationship with the Lord.

Our ideas of angels are often thrown around carelessly in conversations. We interpret God’s interventions or actions in ways that may or may not reflect the truth. For example, one Christian may be joyous and believe God sent down an angel to protect them from a terrifying car wreck. However, their fellow Christian may then be left wondering “why didn’t God send angels when I needed them?” This can cause confusion, pain, and again, degrades our relationship with the Lord.

So, is it OK for Christians to seek out relationships with angels?

In the most simple version – the answer is no. It is not OK for Christians to create intimate relationships with angels due to how this takes away from a personal relationship with the Lord. Christians are creating false idols out of angels and placing the role of angels in our lives on a pedestal. This is not what the angels want from us as it is explicitly stated in the Bible. While we can appreciate what angels are able to do, we should be placing our gratitude to God as all of the angels actions are a direct result of God’s command. The second we start accepting angels as gods instead of extensions of God’s hand, we disrespect Christ and all He has done for us. 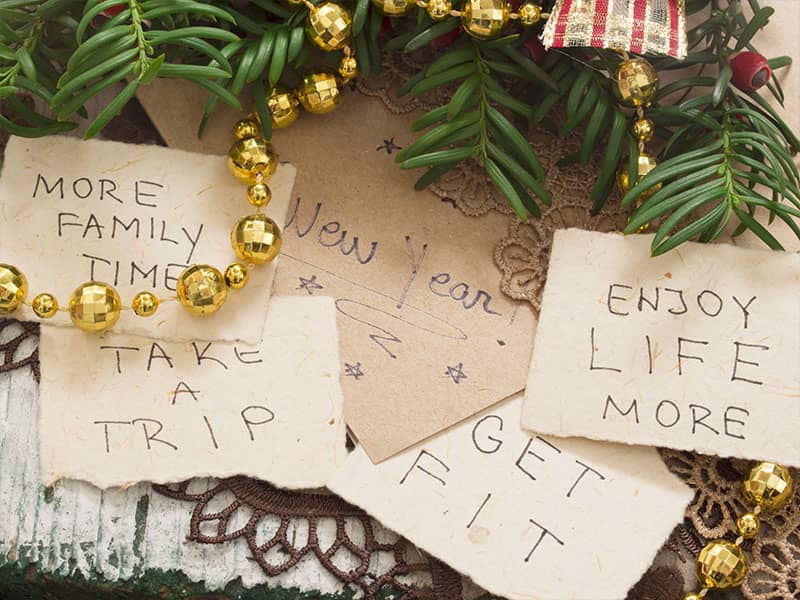 6 Things to Leave Behind in the New Year