Is God Mad At Me?

Yes, God does get angry but His anger is toward the sin in our lives not directly aimed at us. God’s anger is fueled by love and a desire to correct ungodly behavior. 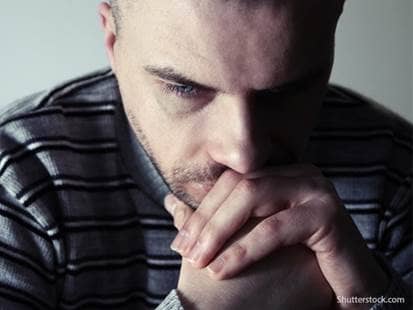 We all can remember a time during childhood when we felt an authority figure, we desperately wanted to please, was upset with us. The thought of a parent or teacher being disappointed in something we did or didn’t do would bring anxiety, guilt and perhaps even shame. All of the latter are tools from the enemy’s wheelhouse to breach our relationship connections, interrupt the flow of love, and ultimately keep us as a pawn. He uses these same tricks in our adult life to distort our relationship with Father God. If he can somehow get believers to see God through the corrupted lens of fear and anger we won’t go to Him honestly and authentically…instead we will wear a mask to camouflage who we really are hoping He doesn’t catch a glimpse.

Now Scripture is very straightforward about the emotional nature of God describing what brings Him pleasure, pain, and what makes Him outright angry. There’s no denying, yes He gets mad but Scripture tells us that His anger is toward the sin in our lives. When Cain murdered his brother Abel, listen to how God admonishes him:

“Then the LORD said to Cain, “Why are you angry? And why has your countenance fallen? If you do well, will not your countenance be lifted up? And if you do not do well sin is crouching at the door and it desires is to have you, but you must rule over it.” (Genesis 4:7)

Here God comes alongside Cain like a loving father, trying to show him the error of his ways. God does not approach the situation mad at Cain, but instead He shows direct anger toward the controlling nature of sin dominating Cain’s life. It’s so easy to see God as a disgruntled Father when we hear stories of Him calling down fire to destroy Sodom and Gomorrah (Genesis 19) or weeding out a generation of complaining Israelites (Numbers 14), but to think of Him in these terms would be to miss the heartbeat of His very nature as described to Moses, “The LORD, the LORD, a God merciful and gracious, slow to anger, and abounding in steadfast love and faithfulness” (Exodus 34:6).

So why is God mad at the sin in my life?

The Scriptures tells us quite plainly that God loathes sin in the life of His creation because it hinders fellowship with Him, “But your iniquities have made a separation between you and your God, and your sins have hidden his face from you so that he does not hear (Isaiah 59:2).” One of the main points of salvation is that man would be able to enter into God’s presence for holy communion once again. Sin chokes the relationship and the Bible tells us that it eventually leads to death (Romans 6:23). It is the complete opposite of His perfect will for our life, which is sanctification and being made whole, perfect, and complete in Christ.

God is not mad at you; Satan would like people to believe that He is because it would keep them in bondage.

The Holy Spirit’s conviction is designed to draw believers closer to God through correction. Satan’s guilt trips are attacks  that cause us to move away from God to figure out things on your own. The deception behind this motive is we will never figure it out apart from God. Trying to do so will keep people in the enemy’s camp. Instead follow the advice from the Holy Scriptures which says, “When the enemy shall come in like a flood, the Spirit of the Lord shall lift up a standard against him.” (Isaiah 59:19).

Let the Holy Spirit’s grace pummel guilt, let His conviction dismantle condemnation and let sanctification override shame. God is not caught off guard by any wrong-turn you made in life. He already has a plan of escape to get you back on track. Don’t wander in self-pity and delay the outpouring of grace. Run swiftly to Him and allow the Holy Spirit to work out what God has already worked-in.