There are spiritual consequences to viewing Christ through the materialistic and faddish lens of pop-culture. Yes, we want the Gospel to meet people where they are but let’s not cosmetically enhance the Christian walk. 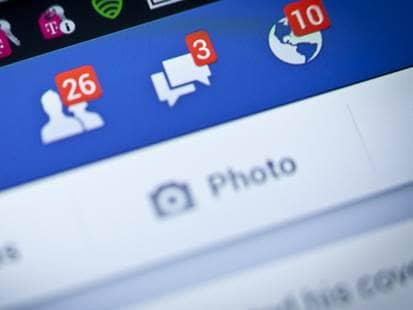 We’ve all seen the Hebraic tattoos, the hipster skinny jeans, and the stage lighting that creates atmosphere. The televangelist movement has graduated incorporating new media that makes ministry accessible around the clock. YouTube channels, Facebook pages, and Twitter feeds are swarmed with Scriptures and exhortations to “like” “share” or “comment”. Yes, the Church has adjusted to meet the needs of an on-demand, over stimulated generation that is heavily dependent on digitally mediated spirituality. Is this doing more harm than good? The Apostle Paul speaks of becoming all things to people in order to communicate The Gospel. Jesus Himself had no problem meeting people where they were in order to lift them to eternal life.

But somewhere along the way in today’s church, the message of the Gospel has changed from “Christ” to “cool.” There is a pervasive celebrity mindedness that says, “Lights, camera, Holy Ghost!”From shows like Preachers of L.A. to the Lifetime Network’s reality show profiling so-called prophets “Preach,” the sacred practices of the church are looking more and more like the world. We do the next generation a disservice when we sensationalize the spiritual life and forget to remind people that cultivating a walk with Christ is at times mundane, boring, and often uncertain. There are no Hollywood stars and there's a hiddeness to the lifestyle that is not being touched on. The virtue of humility is diminishing.

Jesus Christ was the coolest revolutionary ever, but He also made time for the not so glorified disciplines such as: alone time with God, prayer, fasting, discipleship and calling out sin. Christian media has a tendency to leave this out of the mix in order to preserve relevance.

Christians cannot be so obsessed with looking the part that they actually forget to be the part. Is it more important to know Scriptures in Greek and Aramaic or to bring them to life daily in the lives of all you encounter? When the Gospel is communicated only through mainstream media channels, people will be reached but it will only penetrate the surface. If we’re not careful there will be an imbalance with the majority relying on media and not on the actual power of God that is able to reach the deepest part of every human heart…what could be more relevant than that?

The power of the Gospel lives not in the number of video views or Instagram followers a ministry has, but in the fact that Jesus did not count His equality with God a thing to be grasped and instead willingly descended from Heaven to Earth. That He lived as fully God and fully man in order to be a propitiation for the sins of the world. That His blood was spilled while He died on a cross to reconcile man back to God. That the Good News is He did not stay dead but rose in victory over both human and spiritual life. That those who believe in Him will partake in the same struggles but will end triumphant. If we’re so consumed with rocking the latest hair cut or Jesus t-shirt, the inner life will shrink while the outer life grows. Here in lies the danger because if ‘cool’ is the way to Christ, than prayer becomes optional, reading the Scriptures is only for public viewing, and salivation tragically becomes “what’s in.”

Church falloff and the mass exodus of Millennials will not be reversed with a superficial face-lift, there has to be depth, authenticity and the transformational power of God. Christian media must be used to communicate both the struggles and victories of the Christian life, while reinforcing the overcoming Spirit they possess to withstand it all.

This is in no way a knock on churches but a warning to make sure the desire to connect Christ with culture is not compromised by conformity. There must be resistance to ensure believers aren’t being pushed along by the current. Christians must be equipped with anchors (Holy Spirit intimacy, prayer, taking in the Scriptures, etc. ) to keep them from blowing about. Lest when what’s fashionable today is no longer trending tomorrow, their faith drifts away and washes ashore only to be traded in for the next wave of pop-culture which may or may not include Christ.