How Stephen Hawking Strengthens My Faith

Although God never fit into any of his well known scientific equations, the life and battles of Stephen Hawking remind us there is a God out there. 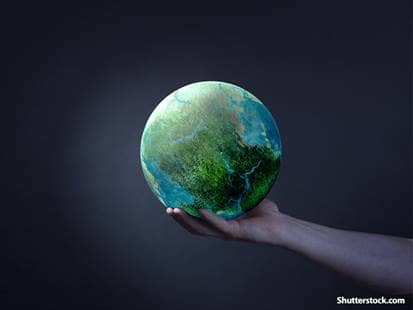 In September 2014, renowned physicist, Stephen Hawking in an interview with El Mundo said that "miracles are not compatible with science." It’s no secret that Hawking is an atheist and avid supporter of scientific reason over faith. He is one of the greatest physicists of our time and yet his life is somewhat of an anomaly. There is something about his very existence that affirms the miraculous hand of God, though Hawking’s life work is to prove the opposite. By all accounts the science prodigy’s life is an impossibility and has left many scientists at a loss, labeling Hawking a rare survivor of a 50 year battle with a disease that has a two to five year average lifespan – some would call this a miracle.

Hawking views Christianity as somewhat of a nemesis to his work mainly because of the first statement in the Bible which says, “In the beginning God created…” (Genesis 1:1). Hawking is known for his work with the Big Bang Theory, black holes and the suggestion that God was unnecessary in initiating the Universe. In a lecture at Caltech he poses the question, “'What was God doing before He made the world? Was He preparing Hell for people who asked such questions?” To him, the idea of a Divine Creator goes against the law of physics, although he never firmly concludes that such laws must have a “Law Giver.” He alludes to God’s hand in Creation in a BBC interview in 2007 saying, "I believe the universe is governed by the laws of science. The laws may have been decreed by God, but God does not intervene to break the laws." Hawking is clearly in a psychological tug of war between both the sovereignty of God and the idol of Physics.

And yet, his brilliance is undeniable. He taught mathematics for 30 years and continues through the assistance of a speech synthesizer to lecture around the world to young new scientific minds. Even in the midst of great physical difficulty, his mind remains very much preserved. I can’t help but see the gracious hand of God’s providence at work to allow him to accomplish all that he has. Though Hawking would probably not admit it, the experience seems to have stretched his ability to entertain the idea of faith having once said, “However difficult life may seem, there is always something you can do and succeed at. While there’s life, there is hope.” While his goal is to usurp the idea of faith for that of reason, he has certainly succeeded at drawing me and I’m sure many others closer to God. Hawking’s life reminds me that God is gracious and has allowed the brilliance of one who denies Him to flourish, while giving him hope and a chance to turn his life over to Him. Thank you Stephen Hawking for strengthening my faith.