Did Everybody Speak in Tongues on the First Day of Pentecost?

What really happened on that historic day about 2,000 years ago when something spectacular empowered Jesus’ disciples – and 3,000 folks who gathered for a Jewish festival became the first Christians? Did they all speak in tongues that day? 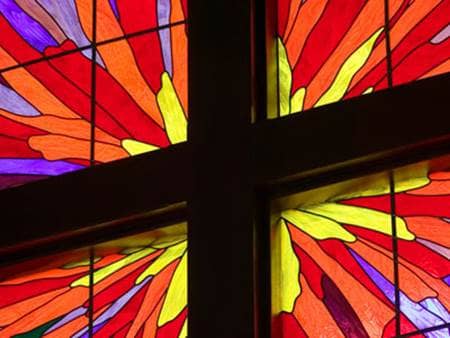 Some churches today shun celebrating the day of Pentecost since they don’t practice speaking in tongues and shy away from any association with “Pentecostals” such as the Assemblies of God, the Four-Square Gospel Church or charismatic churches associated with such leaders as Kenneth Hagin or Benny Hinn.

What is speaking in tongues? Its formal name is “glossolalia.” It’s a phenomenon in which Christian believers testify that they have been filled with the power of the Holy Spirit and receive spiritual gifts that vary from person to person. In the Assemblies of God churches, the test of whether a convert has received salvation is whether after believing in Jesus, confessing that belief, repenting of past sins and being baptized, the convert begins speaking in an ecstatic language – not necessarily in that order.

While the different-languages part sounds quite exotic to non-Pentecostals, it is considered completely normal to the millions of believers worldwide – and, in fact, they are convinced that all members of the early church practiced it regularly.The Apostle Paul actually wrote that he was delighted that he spoke in tongues more than many people and that doing so “edifies” the participant. He also cautioned that non-believers who hear believers speaking in tongues are likely to be put off by it – and won’t get anything out of it since they can’t understand a word of what is being said.

So, what did happen on the Day of Pentecost? Remember that the day before Passover, Jesus was crucified. The day after Passover, He rose from the dead and began appearing to His followers. He lived among them for 40 days, then ascended into heaven.

Before doing so, however, He told them they would be given a “Comforter,” the Holy Spirit of God. He also told them to go to the entire world, preaching what He had taught them and baptizing those who believed. Then He disappeared into the sky.

An angel appeared and chided the stunned disciples. “Why are you standing here, gawking into heaven?” he asked. Indeed, the disciples realized they were supposed to go to Jerusalem and wait for the Comforter.

What happened next is told in the Book of Acts, written by Luke. He indicates that disciples and a number of women waited while participating in constant prayer: "And when they were come in, they went up into an upper room, where abode both Peter, and James, and John, and Andrew, Philip, and Thomas, Bartholomew, and Matthew, James the son of Alphaeus, and Simon Zelotes, and Judas the brother of James. These all continued with one accord in prayer and supplication, with the women, and Mary the mother of Jesus, and with his brethren."

The Bible indicates that on the Day of Pentecost, the group had grown to about 120 believers, all gathered in the Upper Room where Jesus had eaten the Last Supper. There just hours before He was arrested, He had instituted several traditions, such as foot-washing to demonstrate humility, and holy communion.

According to Acts 1:15, the group was obeying Jesus’ instructions to go to Jerusalem and wait.

Their receiving the Holy Spirit is described in Acts 2:1-6: “And when the day of Pentecost was fully come, they were all with one accord in one place. And suddenly there came a sound from heaven as of a rushing mighty wind, and it filled all the house where they were sitting. And there appeared unto them cloven tongues like as of fire, and it sat upon each of them. And they were all filled with the Holy Spirit, and began to speak with other languages, as the Spirit gave them utterance. And there were dwelling at Jerusalem Jews, devout men, out of every nation under heaven. Now when this was noised abroad, the multitude came together, and were confounded, because that every man heard them speak in his own language.”

So, did Mary speak in tongues? The Bible does not specifically say she did. Nor does it say that she did not. All we know is that years later, the practice was so prevalent in the church in Corinth, Greece, that the Apostle Paul offered them guidelines on how to practice it – and when to exercise restraint.

The Bible tells us that those on whom the Spirit had descended that first day began speaking in many languages. One of them, the Apostle Peter went outside with them and proclaimed to the crowd attending the Jewish festival of Pentecost that this event was the fulfillment of God’s promise that "I will pour out my spirit."

Acts 2:17 reads: "'And in the last days,' God says, 'I will pour out my spirit upon every sort of flesh, and your sons and your daughters will prophesy and your young men will see visions and your old men will dream dreams." Luke also writes that this all occurred around 9 a.m.

Acts 2:41 then reports: "Then they that gladly received his word were baptized: and the same day there were added unto them about three thousand souls."
Peter stated that this event was the beginning of a continual outpouring that would be available to all believers from that point on, Jews and Gentiles alike.

But the Bible does not say whether the 3,000 started speaking in tongues.

What exactly was it that Jesus had promised the disciples? In Acts 1:8 the Lord told them, "But ye shall receive power, after that the Holy Ghost is come upon you: and ye shall be witnesses unto me both in Jerusalem, and in all Judaea, and in Samaria, and unto the uttermost part of the earth."

But, did everybody speak in tongues that first day?

The Bible is completely silent on the subject.