Death of Jesus: Murder or Calling?

Was the death of Jesus a calling, a murder, or both? The death of the Lord was predicted in the Old Testament as it was written he was despised, afflicted, rejected and led to like a lamb to his slaughter, according to Isaiah 53. Zechariah share about Jesus’ death and what his ministry on earth would be. 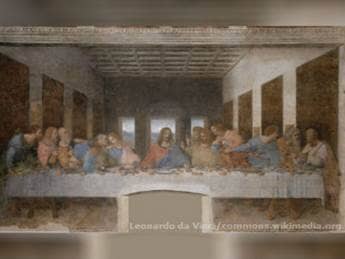 We all have read about Jesus’ journey to the cross and the pain and agony he went through to save mankind.

Jesus was a political nuisance and saw him as a threat, and the rabbis believed he was blasphemous calling himself the son of God. Additionally, Jesus was condemned by Pontius Pilate for rebelling against the Roman Empire, for helping the poor, chastising the greedy and the establishment.

The Sadducees, who only believed the written law of Mosses--Pharisees and the chief priest also played their part in Jesus’ journey to the cross. Was the death of Jesus a calling, a murder, or both?

The death of the Lord was predicted in the Old Testament as it was written he was despised, afflicted, rejected and led like a lamb to his slaughter, according to Isaiah 53. Zechariah also shares about Jesus’ death and what his ministry on earth would be.

“And I, if I am lifted up from the earth, will draw all peoples to myself."

This He said, signifying by what death He would die (John 12).”

The Bible shares in Psalm 22 that “Dogs have surrounded me; a band of evil men has encircled me, they have pierced my hands and my feet. I can count all my bones-- people stare and gloat over me. They divide my garments among them and cast lots for my clothing.”

It seems that Jesus’ persecutors were all part of the bigger plan.

Jesus knew he was going to be betrayed, he knew Peter would deny him, and knew Judas would betray him. He knew from the foundations of the world he was brought to earth to die for man’s sins. Before Abraham, Jesus said “I am.”

In Mathew Jesus revealed to the disciples what was to come of him. He was going to be rejected by the scribes, elders, and chief priests and would be killed and rise in three days. “

From that time Jesus began to show to His disciples that He must go to Jerusalem, and suffer many things from the elders and chief priests and scribes, and be killed, and be raised the third day.”

Jesus had to die to fulfill the calling to save the world from spending eternity away without God, and being killed was his sacrifice to all men.

Experience A.D. The Bible Continues today with your very own Blu-ray copy.