Christian, Social, & Holy: Pushing Back on Culture Without Being Anti-Social

Is there a way to be saved, social, and holy in a culture that glorifies spiritual compromise? 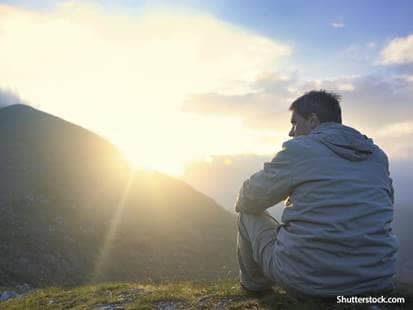 There’s a cultural temptation for Christians to just be pushed around like driftwood. This not only does the faith a disservice, but it’s a terrible witness to others. On the other hand, we don’t want to be so Heavenly minded that we fail to relate having no cultural influence whatsoever. Is there a way to meet in the middle? There may be.

Beware of the comfort zone. Young Christians tend to find their own personal levels of complacency are the strongest currents resisting spiritual growth. In my youth, I thought I knew it all. It took many mistakes and running into the same walls before I realized the path was not working. My life and what I believed about my faith were vastly incongruent.

What happened? In retrospect, pride set in once I believed in my heart “ I have arrived.” I was finally an adult and no one was going to tell me how to do life. I could figure it out on my own. The truth is as Christians we have to constantly be spiritual learners, growing and stretching under the mighty hand of The Holy Spirit. If not, the popular culture and opinion of the day will override the authority of Scripture in our life.

Here’s how I snapped out of it and surrendered to God once again:

In matters of character and decision making, culture makes for a terrible teacher. It’s always changing and there are no absolutes. That’s why the Word of God functions as an anchor for the soul. The Apostle Paul, admonishes us to “be transformed by the renewing of your mind” (Romans 12:2).

Don’t become a strife-."riven, contentious Christian. Being true to your morals and values in the world doesn’t require that we beat people over the head with Scripture. Be spirit-led and fight the temptation to lash out in pride on others.

Life is complex. In society we must seek to understand the plight of others. This puts you in a position to truly speak from a place of authority because your stance is balanced and considers other people. This doesn’t mean you have to agree with everyone, it just shows that you care enough to know the issues.

Be firm in character. Compromising in areas dilutes your ability to advance the Kingdom in your sphere of influence. Living a life that demonstrates godliness and is worth following has the ability to cut-through and be heard without saying a word.

Lighten up and live. Don’t spend your youth bound by legalism and waste your years in religious paralysis. Fear The Lord, allow the Holy Spirit to govern your life, and have fun. Life is an adventure we should enjoy it every second because tomorrow is not promised.

So there you have it! This list was developed by an almost thirty-something pondering her twenties. May it be a blessing to you and encourage the journey ahead.