Can I Claim to Be a Christian If I Don’t Accept the Creed?

California State University Professor Stafford Betty gives his take on claiming to be Christian without accepting the creed. 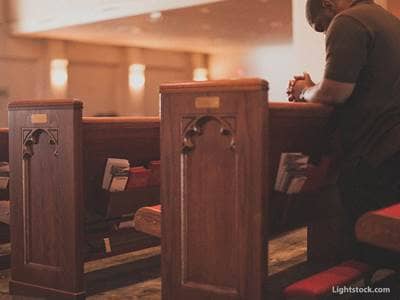 For me the core of Christianity is not the divinity of Christ, or the doctrine of his atonement for our sins on the cross of Calvary, or the claim that there is no salvation outside Christianity. For me it is the Two Great Commandments. In Jesus’ words, “You must love the Lord your God with all your heart, with all your soul, and with all your mind. This is the greatest and the first commandment. The second resembles it: You must love your neighbor as yourself. On these two commandments hang the whole Law, and the Prophets also” (Matt 22: 37-40).

I consider myself a “Great Commandments Christian”—a follower of Jesus’ most essential teaching. All Christians think this is important, but most would say it’s not enough. For them there are the great Church councils, especially the Council of Nicaea, which in 325 C.E. defined Jesus’ relation to the Father as coeternal and coequal God. The Nicene Creed became the litmus test of Christianity from that point on. If you didn’t accept its declarations, you were a heretic. Most of my Christian friends are Nicene Christians.

I have ambivalent feelings about this kind of Christianity. On the one hand, it has anchored hundreds of millions in a faith that has brought forth great personal holiness in them and once did in me. On the other hand, it must be admitted that the Nicene claim has brought much suffering into the world, as error usually does in the long run. It led to mass persecutions of heretical Christians who saw Jesus in a different way, and it created in the minds of Muslims, who strongly reject all claims of divinity for Jesus, a contempt for what otherwise might have been a sister religion. We are watching the fallout in today’s world.

In my capacity as a professor of the world’s religions, I have come into personal contact with living saints who have been nurtured by their various religions. I have been especially impressed by the great holiness I’ve encountered in many Hindus and Buddhists. Nothing could be clearer to me than that there are other ways to salvation besides Christianity. Yet I am deeply attracted to Jesus’ religion in spite of the errors that grew up around it long after his death. I am especially attracted to Jesus’ emphasis on love and forgiveness. His great Sermon on the Mount (Matt 5-7) is a call to heroic action unlike anything in the world’s other scriptures. And his estimate of human evil, its enormity and destructiveness, reveals a realism that the world desperately needs to heed.

I recently spent five days in one of the most Catholic cities in the world, Cuenca, Ecuador. Its great Cathedral of the Immaculate Conception, at the city’s center, offers three masses every weekday. At other times you’ll find a hundred or more persons kneeling or sitting throughout the church in quiet devotion as they gaze at the heartrending sculpture of Jesus on the Cross behind the gold-plated canopy over the altar, or pray to the Virgin at one of the many side altars. I was deeply moved as I sat among the faithful and offered my prayers, with theirs, to heaven.

Upon reflection I realized why so many were drawn there. First, the church is one of the most beautiful I have ever seen, and it is immense. All of this served to lift the heart quite naturally to the Divine. Then there was the dying Savior on the cross. I watched as crooked, stooped old women, “weary and heavy laden,” passed in front of the altar and crossed themselves, forgetting their own troubles as they remembered Jesus’s far greater. Like me as a boy, their faith was unruffled by the claims of alien, contradictory claims. With very little exception, there is only one way for the faithful in Cuenca. To read an essay like this might do them more harm than good.

But we in the so-called Developed World breathe a different air, and everywhere we look we see alien faiths. I know that there are many Christians who, like me, have tried to incorporate these disparate claims into a more inclusive religion but still want the safe harbor of the Church they were baptized in and still love. Their voices need to be heard from, now more than ever, to offset its present tendency to hunker down into an anti-intellectual, anti-scientific fundamentalism.

As a boy growing up Catholic I must have recited the Apostles’ Creed a thousand times. Here is the way I would say it today. Perhaps it will serve as a better litmus test than the Nicene Creed for determining whether I am a Christian, or perhaps even whether you are—for I know I am not alone.

I believe in God the Father and Mother, creator of the universe. I believe in the teachings of Jesus Christ, whose life was tragically cut short by corrupt men he outspokenly condemned. He was crucified like a criminal under Pontius Pilate, but his spirit did not die. Shortly after his death his closest friends saw him in spirit and took heart that he was, while in heaven, still with them; and they could not contain their joy; and out of that joy grew a young movement that would soon be labeled Christianity. I believe that the same divine spirit in Jesus is in all of us and that the Christian Church exists to help us grow into saints modeled after him. I believe that we are called to forgive each other and that we will be forgiven in turn. I believe that life is everlasting and heaven is the ultimate destination for which all men and women were created. Amen.

Stafford Betty is a professor of Religious Studies at California State University, Bakersfield.