Bible Code Hints the Destruction of ISIS and the King's Return

According to a leading expert of the Bible or Torah Codes, Rabbi Mattityahu Glazerson reveals that are codes are hidden patterns and letter sequence in the Torah that reveal important events in history. 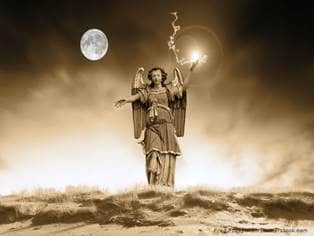 According to a leading expert of the Bible or Torah Codes, Rabbi Mattityahu Glazerson reveals that are codes are hidden patterns and letter sequence in the Torah that reveal important events in history.

The codes are clues by the Creator to warn and allow insight into what may come.

Breaking Israel News has been following the latest from Glazerson and reported that between 2014 and 2015, the Messiah could have returned as indicated through the Hebrew letters.

But the conditions of repentance were not fulfilled.

Dr. Rivkah Lambert Adler, who covered the story, explains how the system works and theory behind the Bible Codes. Researchers use computer programs to interpret, but also shared that these were hints, not predictions.

There are “304,805 Hebrew letters in the Torah were written with Divine intelligence and contain hidden patterns and letter sequences that reflect important events in Jewish history,” Adler wrote. “One technique used in locating Bible Codes is called equidistant letter sequences. This means that Hebrew words are spelled out by starting at a letter and repeatedly skipping an equal number of letters until a meaningful word is spelled. These words are referred to as Bible Codes.”

The Rabbi also mentioned in 2015 that ISIS could be destroyed in the Hebrew calendar 2015-2016. The name Mashiach Ben Yosef was decoded, and this means ISIS in Hebrew. Glazerson didn’t mention the rise in anti-Semitism, but this is another predictor for the return of the Messiah.

Over 10 countries believe that Israel doesn’t have the right to exist, and demonizing Israel on campuses, schools, and in the media sets the stage for the Lord to return. The rise of violence against Israel and on Jews hit an alarming rate in 2015 and is growing.

The Simon Wiesenthal Center is a Jewish organization educates people on the history of the Holocaust and crimes against Jews reported that 2015 was the year of “raging anti-Semitism and extreme anti-Israelism,” and listed them in a top a 10 list.

Rabbi Pinchas Winston echoed that this is just another Biblical clue on Breaking Israel News.

“We learn from the great Patriarch Jacob how anti-Semitism is an important precursor of redemption. It was the libel he heard from his brothers-in-law, and then the worsening of his relationship with his father-in-law, Laban, that alerted Jacob that it was time to leave the Diaspora and return back to Israel.”

Isaiah reminds us that “God will raise a banner for the nations and gather the exiles of Israel and “He will assemble the scattered people of Judah from the four quarters of the earth.”

He is calling all this Jewish roots to return to Israel. We can see in Jeremiah, Isaiah, and Ezekiel. Isaiah predicted they would be called from the North, South, and West. Millions have returned as predicted to the homeland. Israel “had an estimated “28,000 new immigrants between the New Year 2015 and 2016, with most immigrants arriving in Israel from France (25 percent), the Ukraine (24 percent), Russia (23 percent), and the United States (9 percent),” the Jewish Virtual Library sourced.