Ben Carson pointed out that the solar system is too organized for people to believe the Big Bang Theory is applicable. He believes that the observed motion of the planets in the solar system would be impossible if a Big Bang took place. 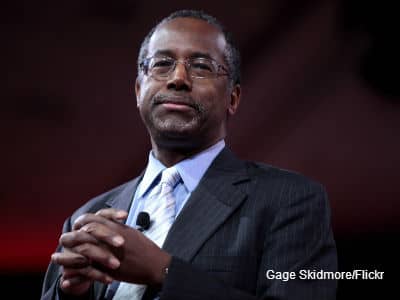 Republican presidential candidate Ben Carson, a pediatric neurosurgeon and author, has made headlines with his controversial comments regarding evolution. A video was recently released of a speech that Carson made in 2012 to his fellow Seventh-Day Adventists. In the speech, Carson refuted the Big Bang Theory and referred to the idea as “ridiculous.” In the speech he said:

“You have all these highfalutin scientists, and they’re saying that there was this gigantic explosion and everything came into perfect order. Now, these are the same scientists who go around touting the second law of thermodynamics, which is entropy, which says that things move toward a state of disorganization. So, now you’re going to have this big explosion, and everything becomes perfectly organized. When you ask them about it, they say, “Well we can explain this based on probability theory, because if there’s enough big explosions, over a long enough period of time, billions and billions of years, one of them will be the perfect explosion”…. What you’re telling me is, if I blow a hurricane through a junkyard enough times, over billions and billions of years, eventually, after one of those hurricanes, there will be a 747 fully loaded and ready to fly.”

Carson pointed out that the solar system is too organized for people to believe the Big Bang Theory is applicable.

He believes that the observed motion of the planets in the solar system would be impossible if a Big Bang took place. When referring to Darwin’s theory as a work of the devil he said, “I personally believe that this theory that Darwin came up with was something that was encouraged by the adversary, and it has become what is scientifically, politically correct. Amazingly, there are a significant number of scientists who do not believe it but they’re afraid to say anything.” Carson went on to ridicule the science behind Darwin’s theory as he said he was planning a book called “The Organ of Species” where he would “talk about the organs of the body and how they completely refute evolution.”

Throughout the speech Carson makes no separation between faith and facts. He is unable to make assessment that is purely scientific without basing his rationality on a faith based theory. Instead Carson describes the theory as that of “fairy tales” push by “high-fluting scientists” as a story of creation. While everyone’s faith should be respected and valued, Carson is proposing faith as the only answer and is denouncing the education that scientists and researchers have revolutionized over the many decades.