Are All Sins Equal In God’s Eyes?

Can one sin be worst than others? Does God create distinctions or all sins created equal? Let’s explore a passage of Scripture that may give further insight. 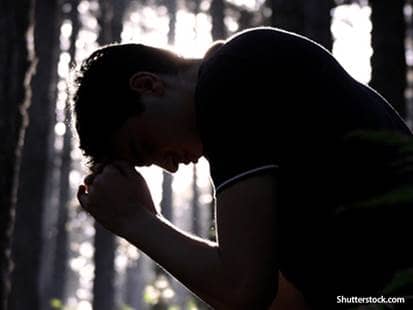 Sin is referenced many times over in Scripture. The Bible positions it as a transgression that no human soul can escape. Apostles, prophets, and believers alike have wrestled with this idea and how, if at all, different sins are categorized in the eyes of God. When asked this question, evangelist Billy Graham provided the following answer:

“It is always difficult and dangerous to attempt to list sins according to their degree of seriousness. In one sense, all sins are equal in that they all separate us from God. The Bible’s statement, “For the wages of sin is death …” (Romans 6:23), applies to all sin, whether in thought, word, or deed. At the same time, it seems obvious that some sins are worse than others in both motivation and effects, and should be judged accordingly. Stealing a loaf of bread is vastly different than exterminating a million people. Sins may also differ at their root.”

Theologians have for centuries tried to reconcile sins of the flesh, sins against the spirit, and those of the soul trying to uncover which is more unseemly in the sight of God. Jesus for example looks with the same harshness on committing adultery on the physical level as He does when the sin is only conceived as a thought. Therefore the heart is a key factor in trying to understand the sin nature. Satan, in pride, desired to be like God and was served an eviction notice from Heaven. Ananias and Sapphira lied about the amount of money they sold their property for and died instantly. And yet there are those who have committed similar sins and were shown mercy.

Now earlier in this chapter John stressed the importance of believers loving one another tangibly saying, “Do not be like Cain, who belonged to the evil one and murdered his brother. And why did he murder him? Because his own actions were evil and his brothers’ were righteous. Do not be surprised, my brothers and sisters, if the world hates you. We know that we have passed from death to life, because we love each other. Anyone who does not love remains in death. Anyone who hates a brother or sister is a murderer, and you know that no murderer has eternal life residing in him.” (1 John 13-15).

Both texts tells us two things: the lack of tangible love is evidence the love of God is not operating influentially in someone’s life and secondly one without love for his brother/sister does not have the residing power of eternal life.

Therefore John is saying the loveless and action-less heart that does not follow God’s example of demonstrating love tangibly has not passed truly from death to life. They are like one who is clogged up with bitterness willfully resisting the light. The absence of love is hate, there is no in between. This is the sin that John describes as one that leads to death because the person is essentially living a lie. The deception of darkness can only be pierced by the light of God’s truth.

So back to the question, “Are all sins equal in God’s eyes?” The answer is yes, because God is holy therefore there is not a varying degree of sin as it relates to The Almighty. His pure, loving, sinless nature is always going to see sin as sin and equally detestable in His sight. Jesus came to take away all of the sins of the world, not just the really bad ones. All sin is intolerable to God. But, as John explains, there are sins of the heart that prevent the love of God from taking residence causing the believer's faith to never show up in action. The Scriptures in a sense say there’s something about the “tangibility” of faith that completes the conversion. The action is the “yes” of one’s own will that accepts the gift of salvation and shows we have truly passed from death to life. If the love of God is not stored in one’s heart, the person remains deceived rejecting the eternal life that was freely made available to them.