9 Arguments From the Bible Fundamentalists Should Have to Make

The greatest damage to Christianity comes at the hands of those who display their piety with such practiced conspicuousness. What I'd like to see is a turning of the tables (or perhaps better, a "turning over" of the tables)--a rebalancing of the burden of proof. Word on the street has progressives engaged in a "war on freedom of religion." Obviously, it's the liberals' fault. Liberals, socialists, feminists, and other traitors to the widely held conservative canard that America is a "Christian nation" have declared war on religious freedom. Several of the Republican candidates for president have once again linked arms with the leaders of the Religious Right to declare that the people most in danger of persecution in America are white, middle class, evangelicals, while progressive Christians, they charge, have bought into to a secular version of reality meant to silence conservative Christians.

Then they will add with a certain air of self-satisfaction, "That's why liberal mainline churches are in decline."

The tired charge that liberal mainline churches are dying because they are liberal is, ironically, itself difficult to kill off. This fact has caused many mainline churches over the last forty-five years to find themselves on the defensive. Underlying this indictment of liberal Christianity is the assumption that a progressive reading of scripture and its ethical conclusions are somehow an accommodation to a purely secular system of meaning, while conservative interpretation is self-evidently the gold standard of biblical faithfulness.

What I want to challenge is the persistent and difficult-to-kill assumption that conservatives occupy some kind of religious and ethical high ground, and that any deviation from a particular kind of conservative orthodoxy isn't merely a matter of interpretation, but is tantamount to initiating hostilities against God, motherhood, and the flag--all of which, interestingly enough, are conflated in some people's minds. But that's another article.

The smug certainty with which some conservative religious and political types believe not just that they occupy the side of truth on every issue, but that they occupy the side of God's truth is alarming--not because they believe these things of themselves so uncritically (self-righteousness is a time-honored religious and political posture on both sides of the ideological divide, after all), but because so many in the culture agree to cede them this authoritative land of milk and honey.

In fact, I not only want to challenge certain popularly held assumptions about the rightful place of the Right at the center of theological discussion, I want to suggest that if a war on religion is being waged, it's main combatants aren't progressive Christianity, Barack Obama, or left-leaning political types advocating for the rights of LGBTQ people and reminding us that #blacklivesmatter. I want to set down a more radical charge: 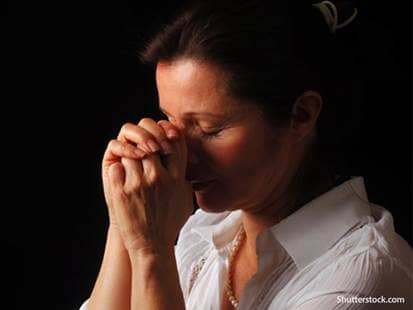 The real war on religion is being waged by those on the Right who read the Bible not as the story of God's saving interaction with the world through the unfolding of God's reign, but either as foundational for a conservative politics of self-interest or as a blueprint for a post-Enlightenment cult of individual piety.

There. I said it. The greatest damage to Christianity comes at the hands of those who display their piety with such practiced conspicuousness. Jesus spends the better part of the Gospels crossing rhetorical swords with those who have arrogated unto themselves the mantle of God's special emissaries for a publicly muscular show of religious devotion. Ironically, Jesus, when faced with an opportunity to cash in on his religious popularity, always seems to strike out in the opposite direction.

I am weary of playing defense against fundamentalism, as if it holds some sort of privileged theological position that requires a special deference, as well as the expectation of an explanation from those who would deviate.

It's not that I resent having to come clean about my own hermeneutical presuppositions, to be required to set down the story I'm telling about how I interpret scripture. What makes me unutterably exhausted is the popular assumption that a fundamentalist reading of scripture is somehow the hermeneutical true north by which all interpretations are to be judged. The assertion that the Bible is to be read in a common sense fashion, as close to literally as possible, is not only itself merely one interpretative strategy among other strategies, it's also a fairly recent development in the history of interpretation.

If, for example, one holds that LGBTQ people should be embraced and welcomed as full participants into the life and ministry of the church, the popular assumption among some is that one makes such moves in spite of rather than because of one's reading of scripture. I have been asked on more than one occasion why I don't "just quit pretending to be be a Christian," since I "obviously don't believe the Bible."

Apart from the general incivility of such dismissiveness, claiming that Christians who don't read the Bible as innerant are cynically attempting to circumvent taking scripture seriously is captive to its own set of prejudices, which are most often transparent to the speaker. That form of biblical interpretation (viz., "The Bible says it; I believe it; that settles it") is--apart from being a fairly recent innovation--question-begging in its most basic sense. 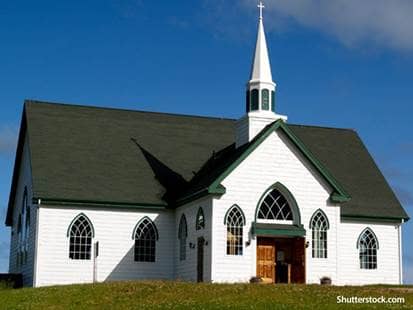 My hunch is that much of what gets put forward as the practical policy implications of conservative politicians and their fundamentalist enablers have at least as much to do with conservative economic theories as with biblical interpretation. (How exactly, for instance, can supply-side economics be justified by reference to God's reign of justice and peace found in scripture?)

If progressive Christians have merely uncritically baptized liberal ethical systems when it comes to issues like homosexuality--as is often suggested by our fundamentalist brothers and sisters--why is it not the case that the conservative embrace of tax breaks for the wealthy, the adoption of a do-it-yourself attitude toward healthcare, welfare, and unemployment benefits, the claim that racism and white privilege are manifestations of political correctness and not pressing theological questions, and the enthusiastic correlation of patriotism and militarism are merely a baptism of conservative (or worse, libertarian) ethical systems? 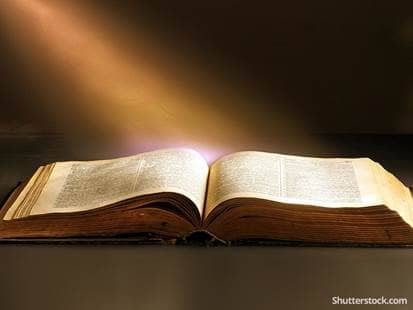 There are more, but I don't see these arguments being made in convincing ways; and my fear is that this is so because these arguments don't need making in our culture, since everyone already knows that if Franklin Graham, or Pat Robertson, or James Dobson, or Tony Perkins, or John Piper, or Albert Mohler say it, the burden of proof is on anyone who would disagree with them. But the thing is, if Evangelicalism and Christianity continue to exist in the popular mind as synonyms, somebody ought to have to make these arguments from scripture.

If Jesus' experience is any indication, turning over tables in the temple is a necessary, if potentially perilous, practice.

Derek Penwellis an author, editor, speaker, and activist. He currently edits a blog on emergence Christianity, [D]mergent.org, and blogs at his own site.