It is way past time for the Church to let go of its own collective ego and get real with life and faith and the big issues of our time. 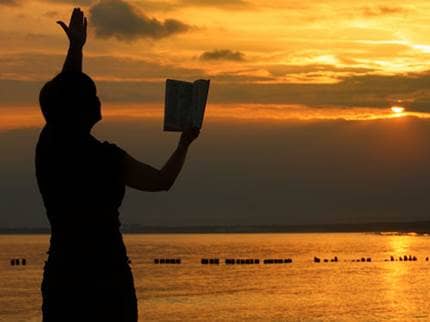 Since the article I wrote a few weeks ago was released, “6 Things Christians Should Just Stop Saying,” I have received a myriad of emails and comments. Most have appreciated my awkward attempts to share my feelings and concerns about the state of Christianity today. Others, however, were not so appreciative. In fact, some were quite offended.

I do feel, however, it is way past time for the Church to let go of its own collective ego and get real with life and faith and the big issues of our time.The Church is largely dying. This is true in many places. And even if you disagree with my assertion, I think you would agree the Church is declining, as well as going through dramatic changes, good and bad, and whatever emerges on the other side will likely be dramatically different from the Church we know today.

Meanwhile, however, the madness in the Church is escalating, as seen in the most remarks, for example, by Rev. David Barton in a recently recorded Sunday morning service. Barton, the evangelical preacher, said something to the effect, “You can’t be Christian and drink Starbucks Coffee because Starbucks supports gay marriage.”

“What, you mean I’ve gotta give up my Levi jeans? Is that what you really just said? Expedia, too? Because last I checked, they ALL support gay marriage.”

You can see perhaps why I have now six questions Christians should just start asking.

1. Why would it surprise any Christian that the Church has squandered its prophetic voice when buying a cup of coffee from a company that supports gay marriage is now the criteria by which we are to judge the genuineness of one’s faith?

I mean, really! Is this what it comes down to now? I have more questions…

2. Why are there more atheists in cultures and countries where Christianity is the predominant religion? Has something gone terribly wrong with Christianity?

I would say, “No. There’s nothing ‘wrong’ with Christianity. But yes, something seems to have gone terribly wrong within the many denominational expressions of Christianity.”

3. Why are the numbers of those leaving organized religion in Christianity outpacing the number of those uniting with the Christian religion here in America by almost two to one?

4. How can our new Pope Francis — the venerable pope himself — say that in the end everyone will be “saved” only to have the Vatican’s “Damage Control Department” quickly explain that the pope did not really mean what he said?

You think that correcting the pope’s theology increases the credibility of your own?

Oh, come on. You’re not that stupid, are you? And if you are, why would you be surprised — for that matter, why would any church be surprised — when the world takes what it says these days with about as much seriousness as it does the entertainer Rush Limbaugh?

He’s a comedy show. The Church is becoming so.

5. Why do Christians who say they they take the Bible literally insist that Jesus was saying in John 14:6 that he was literally the only way to God, but then overlook applying the same literalist logic to John 10:16 where Jesus says, “I have sheep that are not of this fold”?

Using the Bible as a proof text to support your theological biases is just that: “using” the Bible. It leads to all sorts of abuse and misuse of what should be regarded, but not worshipped, as a sacred guide pointing beyond itself to God herself. Yes, “her-self.” See what I mean? When you bring to the Bible your assumptions and biases, you interpret the Bible through your own lenses, instead of the other way around. This IS the history of Christianity and why there are something like 30,000 different Christian denominations in America alone. Has it ever occurred to you what distinguishes each of these denominations, one from the other?

Each one believes it is just a little more “right” than the 29,999 others.

And then, there is question No. 6. Admittedly, there are a dozen other equally good questions I could have noted here. You might have a few of your own you would add in the “Comment” section. Maybe some Christian leader somewhere is paying attention, instead of always looking for a fight or pretending to believe in a Church that has clearly gone mad.

Question No. 6 I’ve included for those of you who too quickly assume I’m some enemy of the Church. If that makes you feel better, then believe that lie. The fact is, I love the Church, with all its flaws. Hell, how could I not? I’ve got plenty of flaws myself. And like the Church or not, it is in-and-through the Church that I have experienced God…whoever or whatever God is.

Which leads me to say, hard-nosed atheists, and there are plenty of them around, share much in common, in terms of their narrowness and arrogance, with religious fundamentalists, Christians, Muslims, etc. Anymore, when I meet mean people, or mean people leave mean-spirited comments in posts like this, I know I’m likely meeting an atheist whose arrogance has left him delusional or a fundamentalist whose angry and afraid about almost everything.

Is that fair? Or Christian? Leave the Church, if you feel you must. But let go of your resentment — your own critical spirit — because, if you don’t, what good has leaving done you?

Have any questions of your own? Or any answers? Share them.

This is Your Best Life Now!