5 Things You Didn’t Know about the Apostle Paul 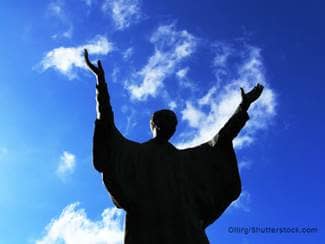 His name was Saul and persecuted many before his conversion into the Christian faith, before he was known as Paul. One day he was traveling to Damascus.

During the journey, a bright light blinded him and there was a voice that said: “Saul, Saul, why are you persecuting Me?”And he said, “Who are You, Lord?” And He said, “I am Jesus whom you are persecuting.”

He was blind for three days and could not drink or eat. God instructed Ananias to go to the house of Judas and seek the one called Saul of Tarsus for behold he was praying. There, Ananias laid hands on Paul and he was healed. Paul then became filled with the Holy Spirit and received his sight. Paul would become the first missionary to share the Gospel of Christ to the Gentiles, and a messenger of Jesus.

Here are five things about the Roman citizen that you might have not known.

Where was Paul Born?

Saul was born (researchers believe it was between 2 and 10 C.E.) in Tarsus (Turkey) and to a Jewish family from the tribe of Benjamin. He was then sent to the Pharisaic Rabbinical School. In Acts 22:3 Paul said.

"I am a Jew, born in Tarsus, a city in Cilicia, and I was brought up and educated here in Jerusalem under Gamaliel. As his student, I was carefully trained in our Jewish laws and customs. I became very zealous to honor God in everything I did, just like all of you today.”

Where did he preach?

Paul, who would write 13 letters (still debated) would preach through Asia Minor and the Mediterranean. He seemed to have a heart for urban areas, Greek Culture, and Roman centers. However, he would still observe the Sabbath and visit a synagogue when he arrived to a city. “They arrived at Ephesus, where Paul left Priscilla and Aquila. He himself went into the synagogue and reasoned with the Jews (Acts 18:19).” Paul would also preach to groups at homes as a way minister and spread the Gospel in the community.

Some scholars disagree regarding how many letters Paul wrote, but believe he wrote 1 Corinthians and 2 Corinthians, Philippians, Ephesians, Philemon, Galatians, Romans and Titus. 2 Thessalonians is debated by some as not being directly written by Paul. The message was clear he explained in a letter to the Ephesians.

“I, then, a prisoner for the Lord, urge you to live in a manner worthy of the call you have received, with all humility and gentleness, with patience, bearing with one another through love, a striving to preserve the unity of the spirit through the bond of peace: one body and one Spirit, as you were also called to the one hope of your call-- one Lord, one faith, one baptism; one God and Father of all, who is over all and through all and in all.”

Paul spent time in seclusion to reflect and spend time with God in the Arabian Desert. I did not go up to Jerusalem to see those who were apostles before I was, but I went into Arabia. Later I returned to Damascus. Paul was there for three years.

“In him you also, when you had heard the word of truth, the gospel of your salvation, and had believed in him, were marked with the seal of the promised Holy Spirit.”

Saint of writers and more

Paul is the patron saint to writers, authors and missionaries due to his contribution to the New Testament. Paul was also a man who worked to be humble and it was shared in his writings, this was something he felt deeply about.

“Though I speak with the tongues of men and of angels, but have not love, I have become sounding brass or a clanging cymbal; and though I have the gift of prophecy, and understand all mysteries and all knowledge, and though I have all faith, so that I could remove mountains, but have not love, I am nothing.” We don’t know how Paul died, but do know that his writings and teachings will continue to impact generations of believers and the world. It is believed that Paul was beheaded by the Romans under the Emperor Nero, and died at 64.