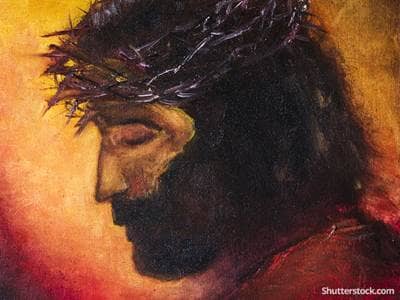 Jesus Christ is still ranked as the most significant person in human history ever, up against Frenchman Napoleon Bonaparte, Englishmen William Shakespeare, and other world leaders, according to a data-driven ranking system. While he is one of the most recognized and influential figures in our history, there are still a number of common misconceptions about Jesus that are believed even by Christians. If you think these are facts, think again. Here are six misconceptions about Jesus and his life on earth, debunked.

Jesus’ Birthday: Contrary to popular belief, there is no evidence that suggests Jesus was born on the 25th December, despite what we learned in church and Sunday school. In fact, the early Christian church did not celebrate Jesus’ birth. It wasn’t until A.D. 440 that the church officially associated December 25 with the birth of Christ. If you look at the Bible, it actually tells us that December 25 was an unlikely date for His birth given Palestine is very cold during the month of December, and it would be way too cold to ask those in the city of their fathers to register for taxes. Luke 2:8-12 tells us that shepherds were living out in the fields nearby around the time of Jesus’ birth. Shepherds were not in the fields during the winter time, but in March until early October.

There Were Three Wise Men That Showed Up the Night of Jesus’ Birth: Matthew, chapter 2 speaks of Jesus’ birth. Verse 1 says “Now when Jesus was born in Bethlehem of Judaea in the days of Herod the king, behold, there came wise men from the east to Jerusalem.” The verse doesn’t say that there were three wise men, but an unspecified number of them that visited Jesus, and this was not on the night of His birth either. Matthew tells us that Mary and Joseph were in a house when the Magi visited (Matthew 2:11), making no mention of the manger baby Jesus was in during his birth. This suggests that the family was settled down in Bethlehem after the census had been taken. We also know from these readings that Jesus was not a little newborn when they arrived. After the Magi visited Mary, Joseph and baby Jesus, we are told in Matthew 2:14-15 that the family fled by night due to a dream Joseph received to take his family to Egypt and remained there until Herod was dead. It would be impossible for them to have left the night of His birth as Jesus wouldn’t have been able to present Jesus in the Temple according to the Law. Luke 2:22-24 references this in the passage ‘Jesus Presented at the Temple’ which says “And when the time came for their purification according to the Law of Moses, they brought him up to Jerusalem to present him to the Lord (as it is written in the Law of the Lord, ‘Every male who first opens the womb shall be called holy to the Lord’ and the offer a sacrifice according to what is said in the Law of the Lord, a pair of turtledoves, or two young pigeons.”

Jesus Lived In Nazareth His Whole Life: While Jesus lived in Nazareth for a good portion of his 32 years on earth, he didn’t live there his whole life. During the two years of his public ministry, Jesus lived in Capernaum, a fishing town along the Sea of Galilee in northern Israel. The Book of Matthew tells us this in Chapter 4:13 which says “And leaving Nazareth he went and lived in Capernaum by the sea, in the territory of Zebulun and Naphtali,” and also in Chapter 9:1 which says “And getting into a boat he crossed over and came to his own city.”

Jesus’ Look: Jesus is popularly depicted with strong, Eurocentric features. This is most likely due to early Christian art that often depicted Jesus with long blond hair and blue eyes. Despite his look in popular art and culture, no one knows exactly what Jesus looked like, and the idea of him having these features is highly unlikely. It wasn’t popular for Jews in Jerusalem to tote long hair either, at least around the time that Jesus lived. 1 Corinthians 11:14 alludes to this when it says “Does not the very nature of things teach you that if a man has long hair, it is a disgrace to him.” Long hair was believed to be feminine and short hair masculine according to their customs. Along with not having Eurocentric features, Jesus most likely had short hair.

Jesus is Mentioned In Other Holy Books: The Quran mentions Jesus many times as an important holy figure. While he is not believed to be the Messiah, or son of God, in the Islamic faith, he is however commonly acknowledged and considered to be a messenger of Allah, God in Islam. When he is mentioned, it is often in relation to others who are considered to be the patriarchs of the Islamic and Israelite people, including Ishmael, Abraham and Jacob.