Hopefully it was never intentional, but growing up in church you might have picked up some church lies along the way. 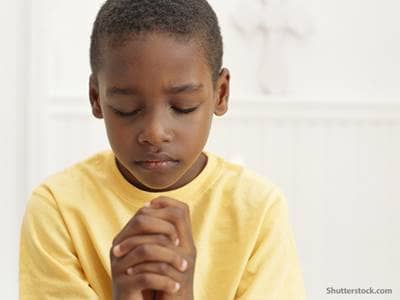 This justification is conveniently used time and time again from churches that aren’t growing, aren’t reaching the next generation, aren’t being successful. Sure young people are leaving in droves, the church is getting older and dying off, and no one wants to change. The decline and defeat are palpable, so the church has to cling to something. "God never called us to be successful, he called us to be faithful." That sounds great, spiritual even. It's just not biblical. To be 'faithful' to the Great Commission (Matthew 28:19-20), you have to be 'successful' at it. You can't separate the two. The successful/faithful line is just a convenient justification for many churches unwillingness to change. It tries to mask a hard-heartedness and spiritual apathy with a pseudo-biblical line of reasoning. It’s a lie. If the disciples would have been ‘faithful’ and yet kept their faith to themselves, if the church never grew or reached the next generation, it would have died off within a generation. For the church to be faithful, she must be successful.

"If another church is growing, they must be doing something sinful."

Right in line with the first statement comes this lie. Many times it’s not enough to justify your own church’s lack of growth. Out of envy, malice or conviction many churches need to throw shade on any other church actually growing. If another church down the road is being successful, they must be watering down the gospel somehow. This comes from a twisted view that the gospel in its purest form actually repels others, and that it must be compromised somehow to be made palatable to the masses. In these churches’ (twisted) minds, being faithful to God means not reaching anyone, remaining stagnant and inward looking. If you were actually fulfilling the Great Commission and reaching people, you must have compromised your beliefs somehow.

The goal of your church growing up might have been to learn more Bible knowledge. That's why you went to Sunday School, morning worship, Discipleship Training, Sunday night worship, etc. Learn more Bible knowledge. If you can just cram enough Bible trivia into your head, you'll become a true disciple. Obviously those churches shy away from teaching the parts of the gospels where Jesus condemned the Pharisees for having knowledge of the Law but not living actually it out. It would be awkward to realize that many churches are in fact growing Pharisees. Paul says clearly in 1 Corinthians 8:1, “Knowledge puffs up, but love builds up.” How many Christians grew up in churches designed to puff you up rather than build you up? Is that perhaps why so many people leave church after they’re grown and can make their own choice?

"You can honor God or be culturally relevant, but you can't be both."

Culture wars start early in many church experiences. For many churches, that culture war is still blazing. It’s “us vs. them,” and you have to choose sides. From dancing and fast music to divorce, homosexuality and worship wars, churches can easily become antagonistic towards the culture surrounding it. It’s just easier that way. But look at the way that Jesus interacted with his culture. The religious leaders kept trying to bait him into choosing sides. He refused. Instead of condoning or condemning culture, Jesus redeemed it. When churches tell you that to be on God’s side you have to hate culture, it’s a church lie. It’s definitely harder, but it is possible to embrace and redeem culture without sacrificing any of your bedrock principles. If a church forces you to choose sides, they’re enabling a lie.

"The church is for church people."

This lie is usually never said outright, but the message is loud and clear. Just have someone that doesn’t look, act or talk like a church person walk into your church, and see what kind of reception they get. See what happens when a first-time guest has the gall to sit in someone’s pew. This lie is born from a worldview that wants to circle the wagons and hold on till Jesus comes. It’s an outreach mindset that says “who we have currently in our church is enough.” It comes from a view of grace that says people need to clean up their act before they’re accepted in the church. It survives on the mentality that the church is a museum, preserving the relics of the past, rather than being an Emergency Room, a refuge for the broken and hurting. This very mindset is one that Jesus rejected outright. Look at how he ministered to the poor, the lepers, the tax collectors, the prostitutes. He rejected the self-righteous exclusivity that kept God’s grace for a select few. As his church, shouldn’t we do the same?

Like me, you’re probably thankful for your religious heritage growing up, and you should be. But part of growing up as a believer is separating truth from lies. May our Christian walks and may our churches be based on truth, not on church lies.

Josh Daffern is pastor of MTVchurch in Columbus MS, and husband and father to an amazing family. You can read more posts and keep up with him by liking his page on Facebook .